For a refreshing cocktail that’s perfect for Valentine’s Day or any other celebration, try this Raspberry, Pomegranate and Pear Bellini recipe. I’ve also included an option for a non-alchoholic version of this tasty drink. 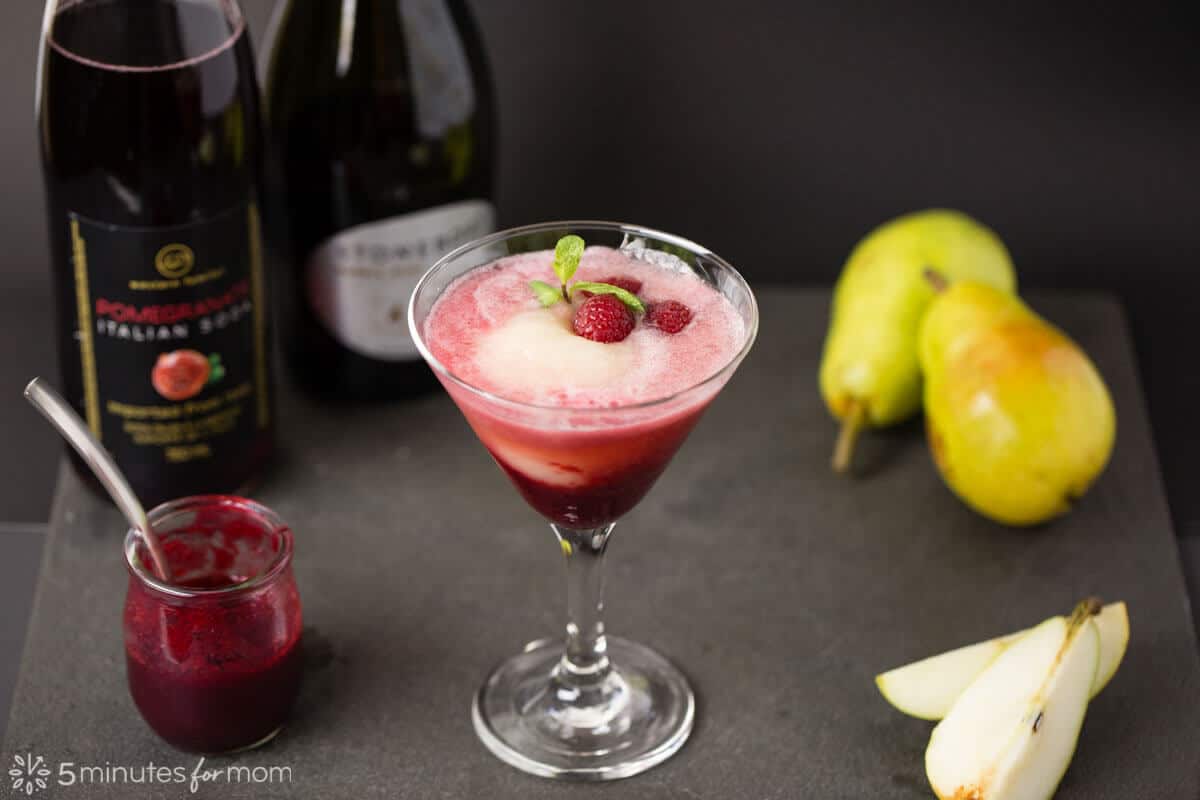 When it comes to cocktails, if it has fresh fruit and it sparkles, I am going to like it.

Instead of always mixing up my drinks by the book, I often choose to have fun mixing up my own creations. What I make usually depends on what fresh fruit and herbs I already have in my kitchen.

I love fresh raspberries and if I have recently made a jar of fresh raspberry coulis, then you will find me in my kitchen coming up with new ways to consume more coulis.

I drizzle my raspberry coulis on everything — waffles, pancakes, yogurt, ice cream, even my breakfast cereal. It is just so divine.

So one day when I was in the mood for a fun and fruity frozen cocktail, I decided to make something with raspberry coulis. 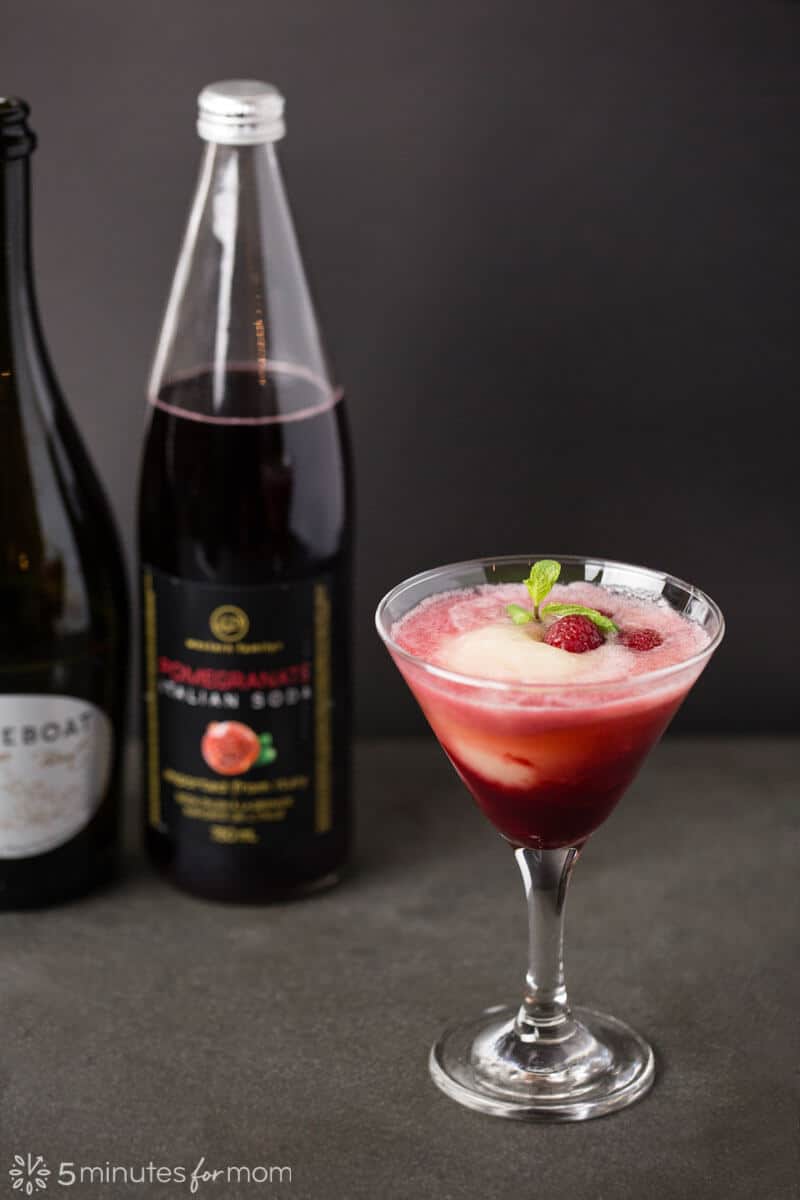 I adore peach bellinis — but I didn’t have any peaches handy. That day I did have some fresh pears in my fridge. What would happen if I made a Bellini with pears instead of peaches?

I had a batch of raspberry coulis ready to go and I had picked up some pomegranate Italian soda from the grocery store the other day, so that would be it — I would make a Raspberry, Pomegranate, and Pear Bellini. 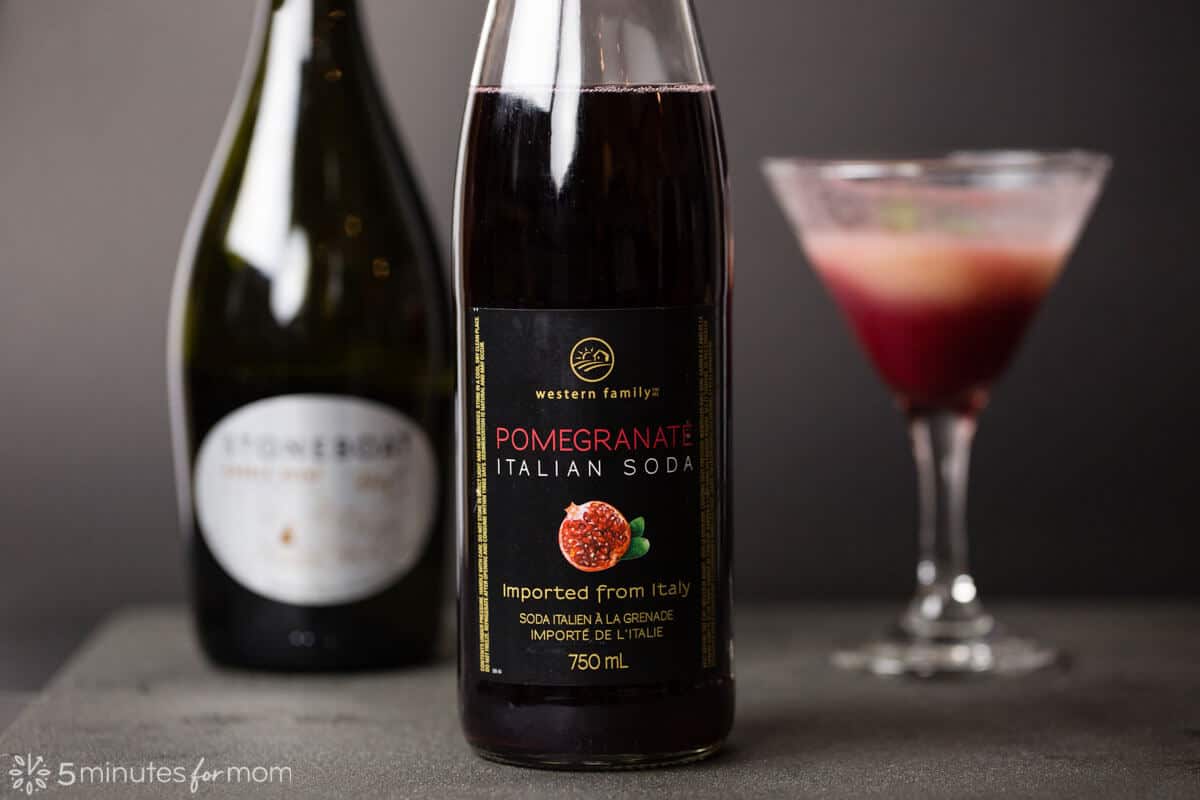 I wanted a frozen take on my bellini – I like the slushie versions of bellinis.

So I peeled a couple of ripe pears, quartered and removed stems and seeds, rinsed them with some lemon water to keep them from browning, and popped them in the freezer to freeze.

I already had fresh raspberry coulis prepared, but if you don’t have any coulis made, you can make some while your pears freeze.

How To Make Fruit Purees

If you have no idea what a coulis is, no worries. You can click over and ready about how to make a coulis and find my recipe for fresh raspberry coulis.

Or, if you want to just make a quick raspberry puree, add fresh raspberries to a blender, add a dash of lemon juice and a teaspoon of sugar if you wish, and blend. Once pureed, press the mixture through a sieve or strainer to remove seeds.

When making purees with raspberries or blackberries, it is critical to remove the seeds. I know it is a pain, and it is so tempting to skip that step. But trust me. Remove the seeds.

Once your raspberry puree or coulis is ready and your pears are frozen, you can make your pear puree slushie.

Remove pears from the freezer and puree frozen pears in a blender with a teaspoon of sugar. You don’t need to worry about straining pears.

Then it was time to put together my frozen cocktail. To a large cocktail glass, I added a couple of teaspoons of raspberry coulis/puree. 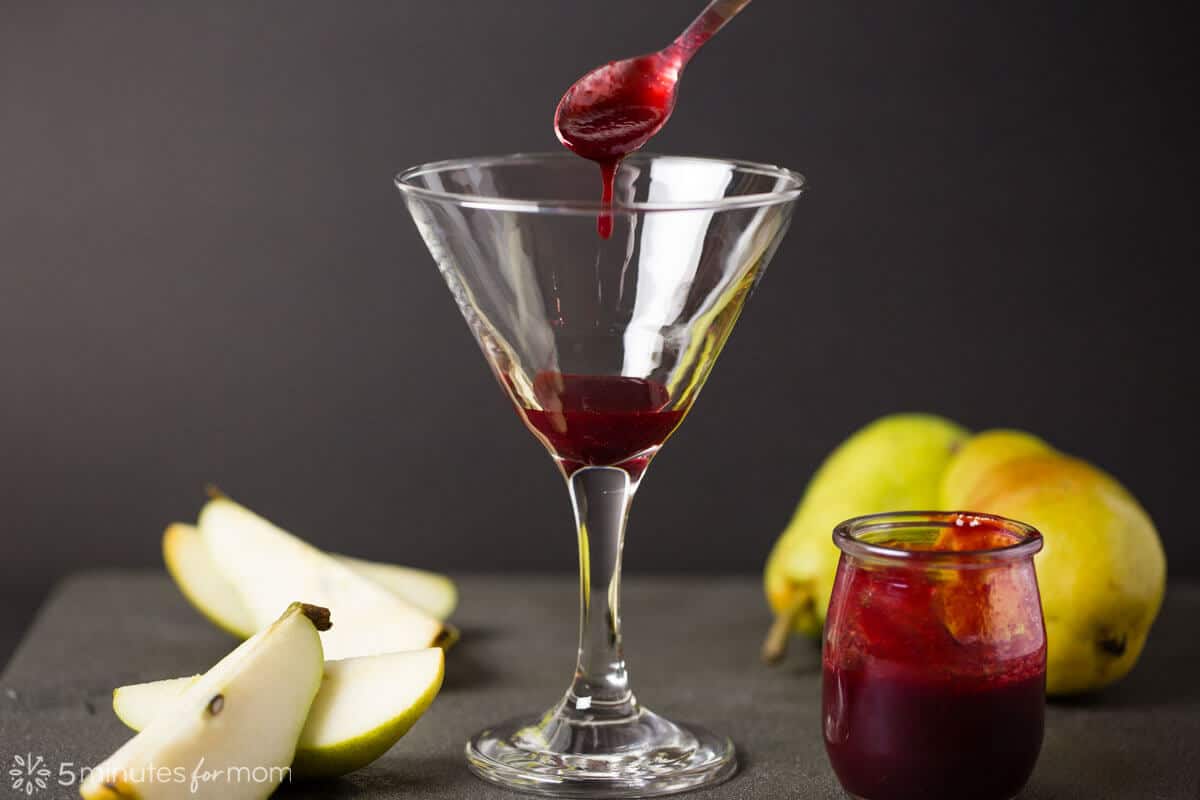 Then I added a large scoop of my frozen pear slushie. 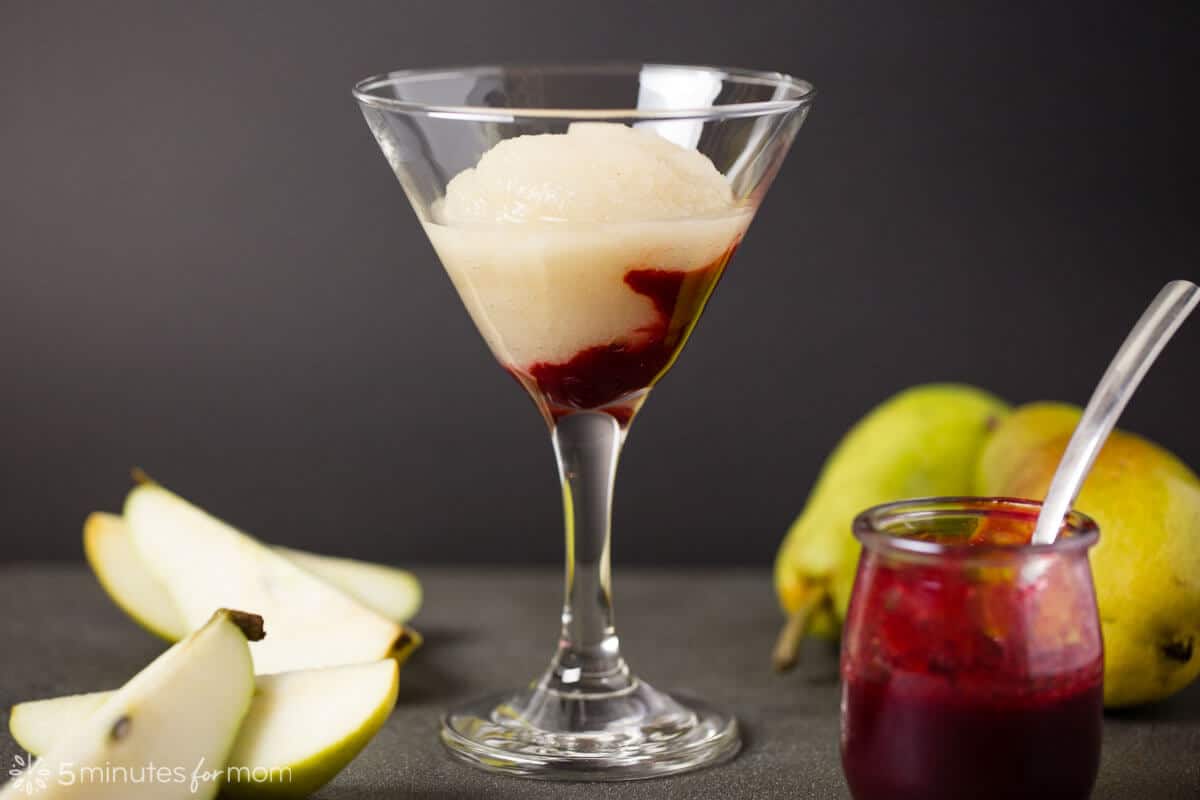 Next, I added a few ounces of pomegranate Italian soda. 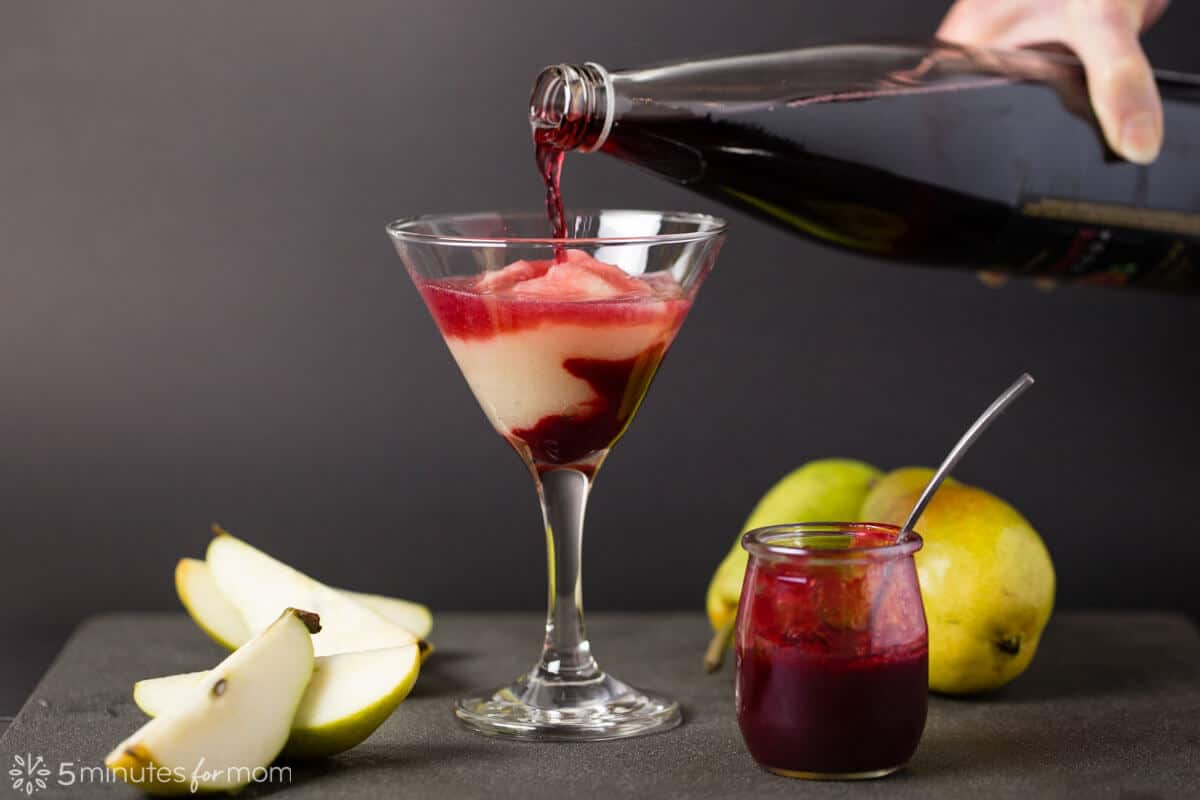 And then I topped it off with sparkling wine. (For an alcohol-free version, simply use ginger ale, tonic water, or club soda.) 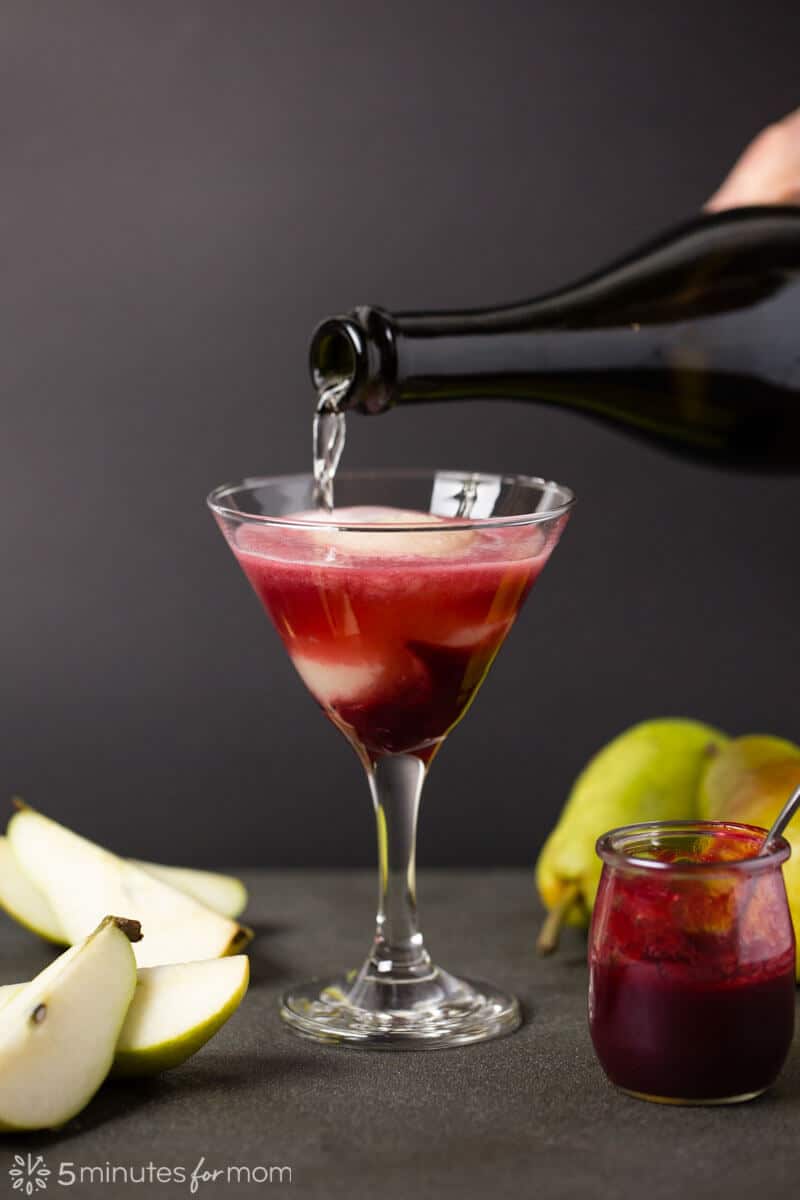 I garnished my bellini with fresh raspberries and a sprig of mint. 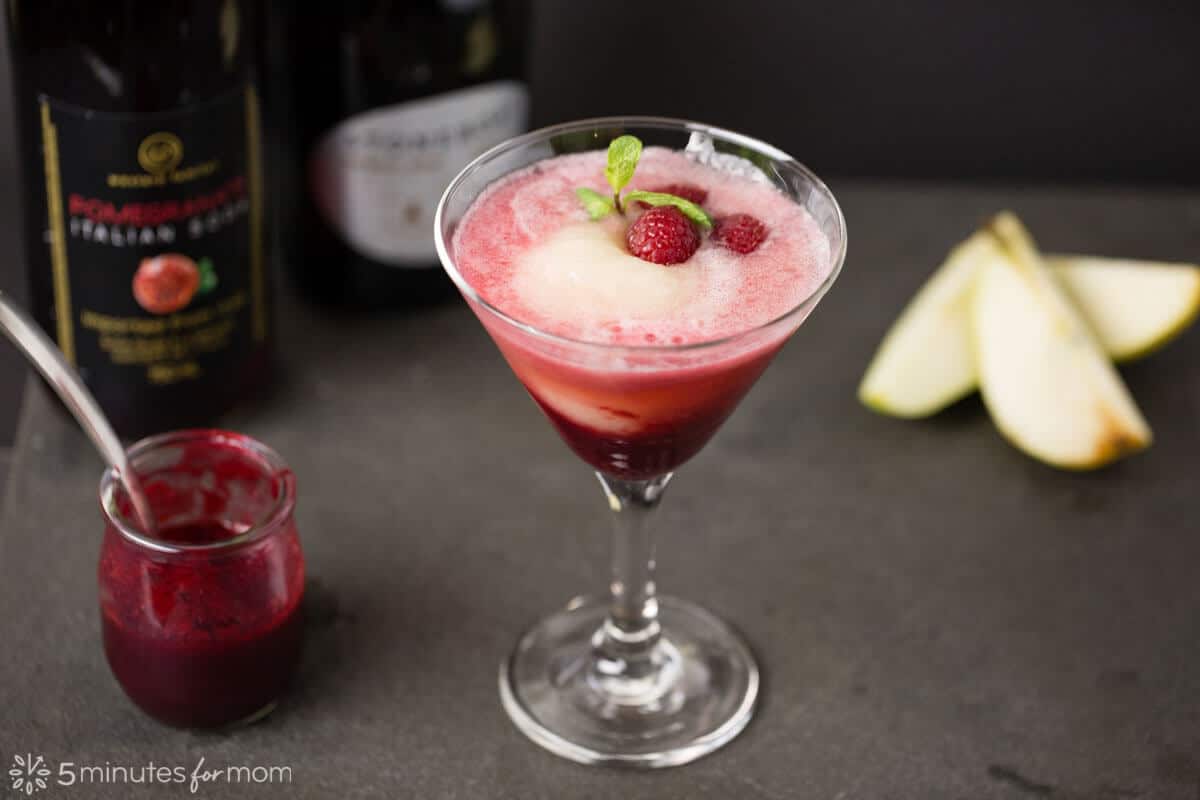 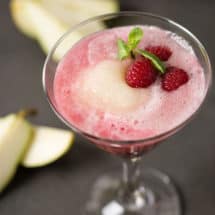 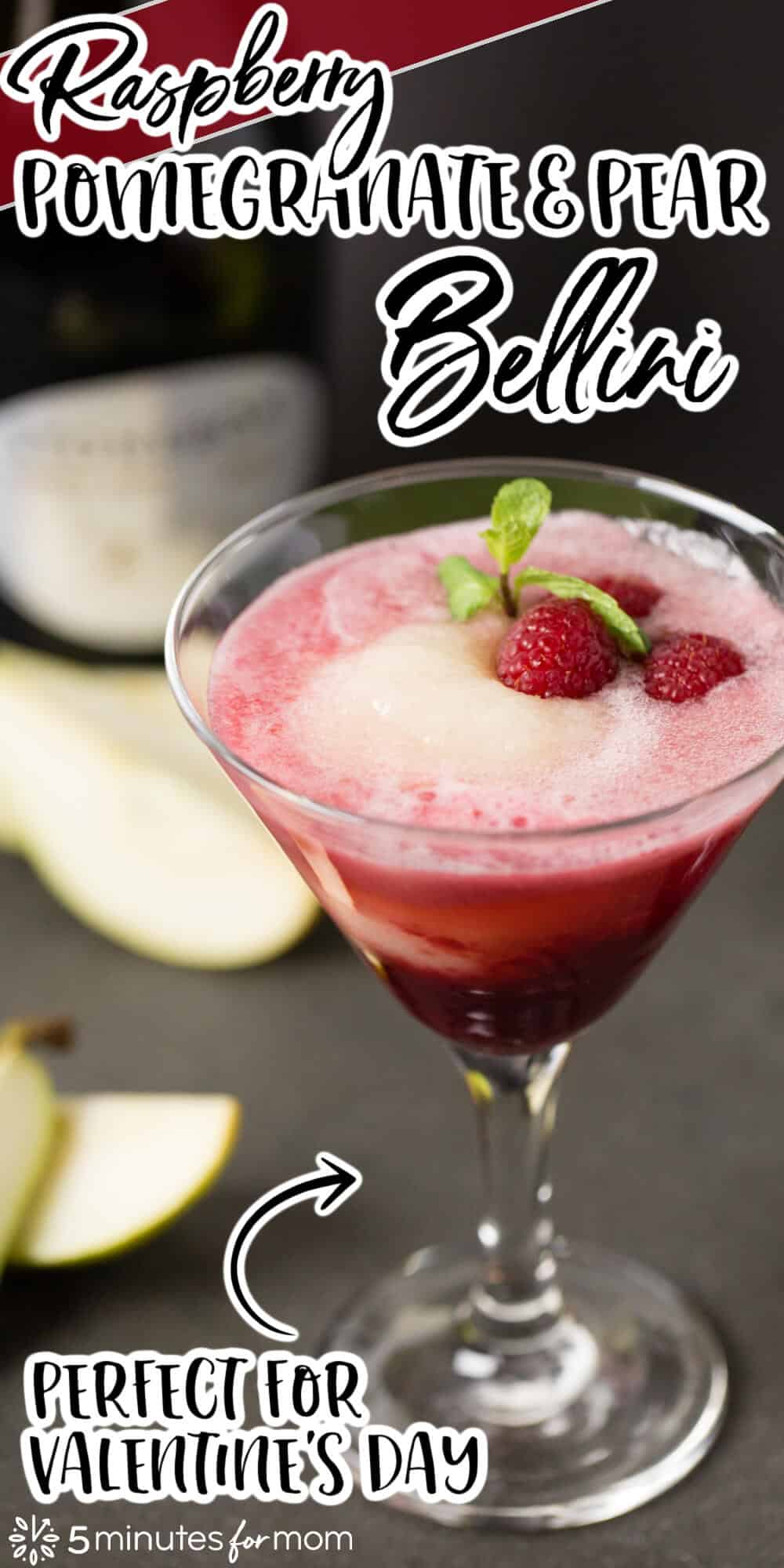 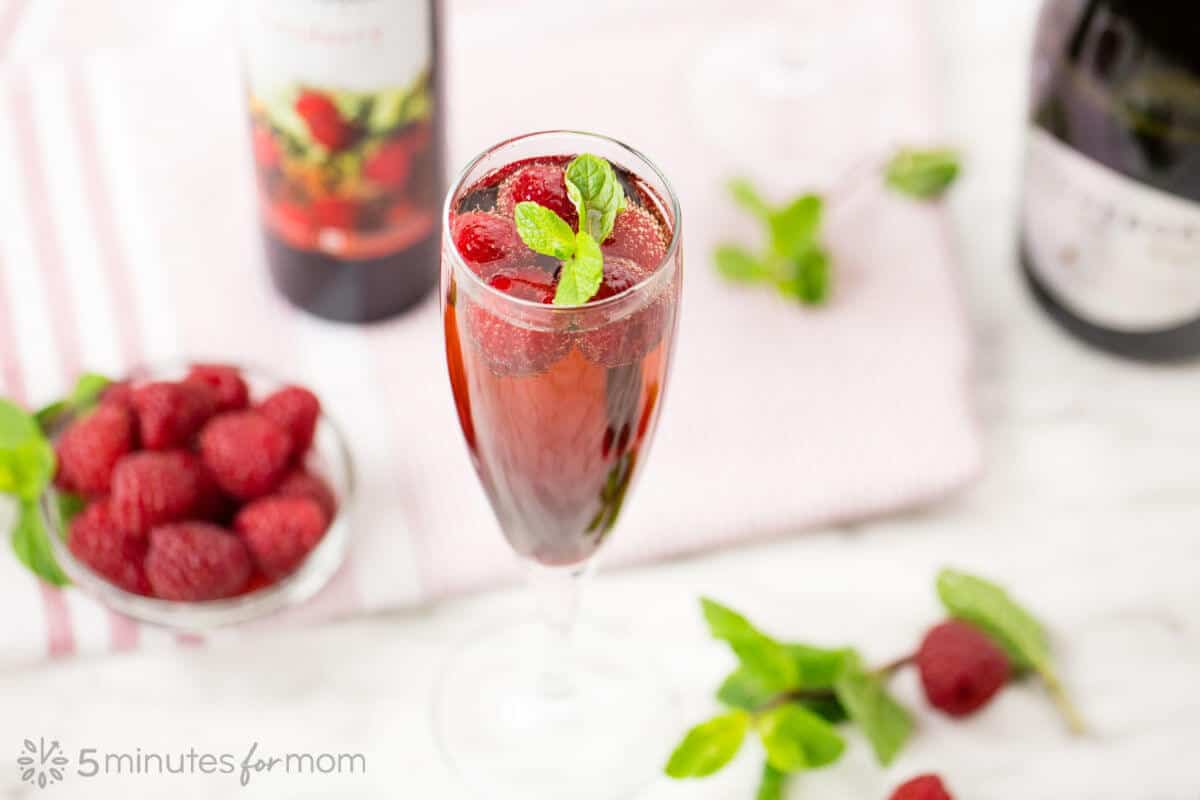 26 Tasty Cocktail Recipes You Can Make In Your Own Kitchen 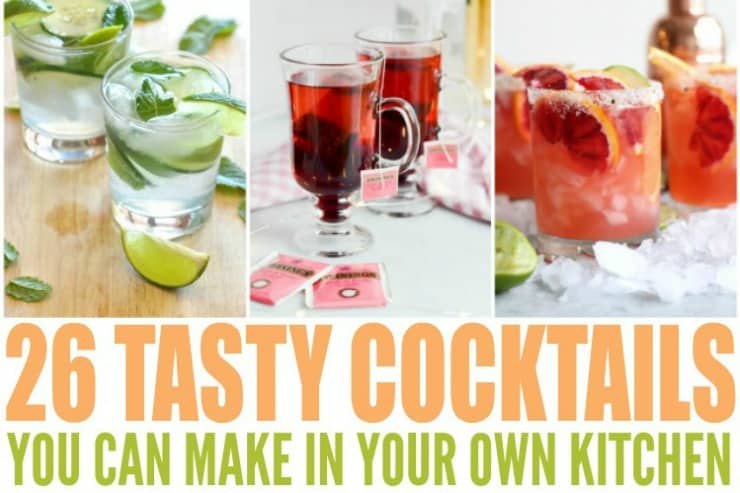