I love this video from KLM Royal Dutch Airlines… it’s such a sweet combination of the magic children feel at Christmas AND the magic of flying.

My girls get so excited to fly on an airplane, but I’ll admit that flying with little children doesn’t always feel so magical.

Over the years, I’ve taken my girls on quite a lot of flights. When I was still nursing Sophia, I traveled to several conferences and brought both girls with me. And between those trips and family vacations, I’ve taken them on many of the usual North American airlines. 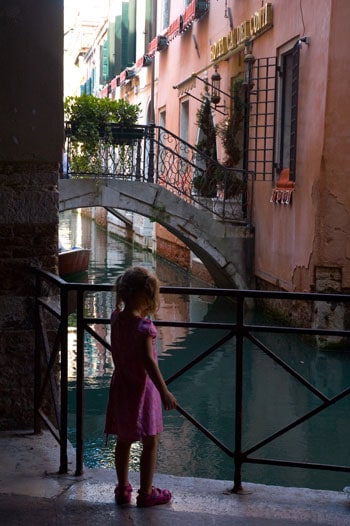 But, I could not get over my surprise when we flew overseas to visit family in Italy with KLM when Julia was 2 years old and I was 5 months pregnant.

When we made the journey again two years later, KLM made the rather daunting experience of flying with a 2-year-old and a 5-year-old overseas from Vancouver to Italy so much easier.

When you’re on a long flight and you’re pregnant and/or you have little children, every extra ounce of good service goes miles and miles towards a happy trip.

So when I was asked to share this Christmas message from the folks at KLM, I was honoured.

Those trips to Italy with my little girls were a long time ago, but they’ll be forever in my memories.

Spread this Magical Christmas Wish to your friends too. Just hit retweet below…

Wishing you a Magical Christmas from Santa and @KLM #sponsored http://t.co/4RF6vj7KIs #HappyHolidays pic.twitter.com/EK1S36x0jG

ShareTweetPinPocketMail
Do Your Kids Do Chores without Nagging?
Focusing On What Matters Most During The Holidays