We are having FOUR online LIVE events during the UBP this year. One Twitter Party and three video chats on Spreecast. RSVP for each of them NOW. The live events are loaded with prizes and top notch bloggers and writers who will be stopping by to party with us! 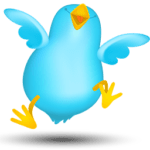 This year’s #UBP12 Twitter party is being sponsored by Abingdon Press. They understand all about what us moms go through so we will be chatting with Judy Christie, author of Hurry Less Worry Less for Moms and talking about what our lives are like as busy moms.

During the Twitter party, we will be giving away 3 $100 Target gift cards, 10 signed copies of the Hurry Less Worry Less for Moms, and the grand prize is a Nook Color!

Where: Follow the hashtag #UBP12 for all party tweets and prizing!

Right after the Twitter party on Monday, we are all going to continue our partying with a LIVE webcast on Spreecast with some top notch and well known bloggers around the Internet. We will have a second live show at the same time, 10:30-11:30pm ET, on Wednesday night. As well, we will have a final #UBP12 LIVE Spreecast on Thursday at 9-10pm ET.

You can watch all of the Spreecasts LIVE here at 5m4m. But, if you miss the live shows, no worries, the recorded shows will remain permanently here at 5m4m and on Spreecast.

We’ll be partying with

We are going to have a fabulous time partying and answering your questions about anything and everything!

OR you can watch live HERE:

OR you can watch live HERE:

Our last live event during The Ultimate Blog Party will be our Thursday Live Video Interviews on Spreecast that is being sponsored by Aller-Ease. We’re lining up some awesome guests to talk with us about…

How to Get Your Blog Noticed
Real Strategies to Draw Readers to Your Site.

OR you watch LIVE here: