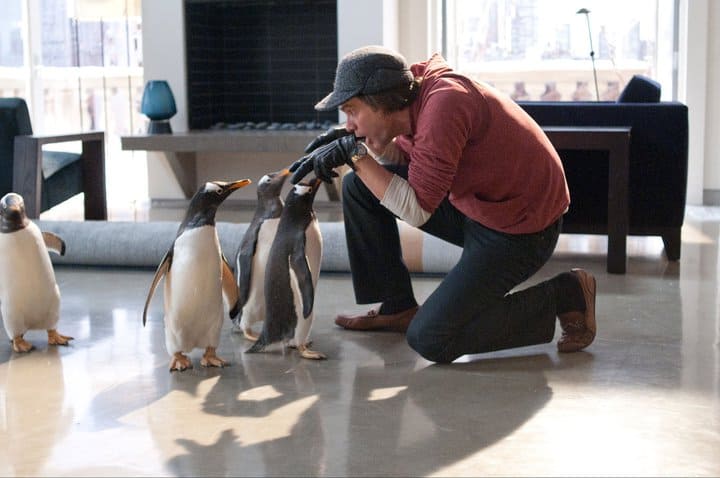 Unless you’ve been living under a rock, you know that Mr. Popper’s Penguins is in theaters June 17. I had the opportunity to see it last week, and I give it two enthusiastic thumbs up. Yes, it’s funny, but it’s sweet too, and at least through the lens of what’s appropriate for my kids (7 and 12), I thought it managed the difficult task of being completely appropriate for those ages and wonderfully entertaining to me as an adult.

Read my full review of the movie, and the comparison of the Newbery-Award winning book with the movie today over at 5 Minutes for Books. 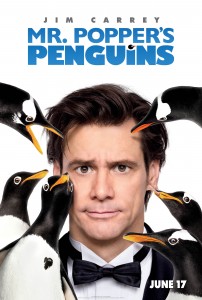 One reason that Mr. Popper’s Penguins is going to be so successful (beyond the amazing Jim Carrey) is because everyone loves penguins. They are naturally sort of funny and also very sweet.

To help you and your kids survive the countdown to the release of the movie, I’ve compiled a list of some fun facts I learned on the Mr. Popper’s Penguins press junket:

As a part of the press junket, we were able to get in front of the camera. Yes, meeting Jim Carrey was cool, but this was such an original and fun experience, that it was a standout of the trip. I detailed the process (with pictures) of my on-camera debut at my blog Snapshot. Check it out.

Mr. Popper’s Penguins opens June 17. Will you be seeing it??

Disclosure: Twentieth Century Fox sponsored my travel and other expenses for the Mr. Popper’s Penguins press junket, where I saw the movie and interviewed some of the cast and crew. They have asked me to post about my experience, but my opinions are entirely my own.