These posts are as a result of a press junket I took to NYC, courtesy of Twentieth Century Fox. 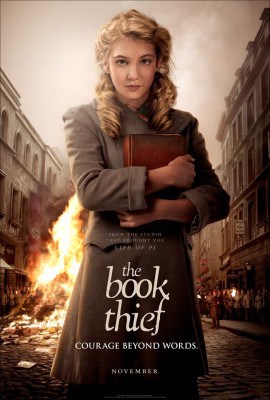 It’s not really a war story.

You know your child, and you’ll have to decide if it’s the right time for them to see it. I saw the movie early (read my review), but I can’t wait to take my 15-year-old daughter, and if you have a tween who likes to wrestle with bigger thoughts on prejudice and injustice for example, he or she would like it. If you have a child who is already familiar with the holocaust, this is an easy way to show a different side of what they might know.

The movie is rated PG-13, but it’s more for the theme in general. There was only one or two swear words and there was some intensity, but no real violence, even when war hit the small town. Producer Karen Rosenthal shares their viewpoint on their choice not to make the bombings graphically violent:

What was unique to the telling of this, which Brian (Percival, the director) immediately recognized, was that it was told from the point of view of death, and that in telling from the point of view of death, it’s also extremely life affirming. We have a young girl who goes from age ten to age 90 and has learned how to live and embrace life through tragedy. I think it was really important that nothing take us out of that bubble.

It’s somewhat of a coming of age story 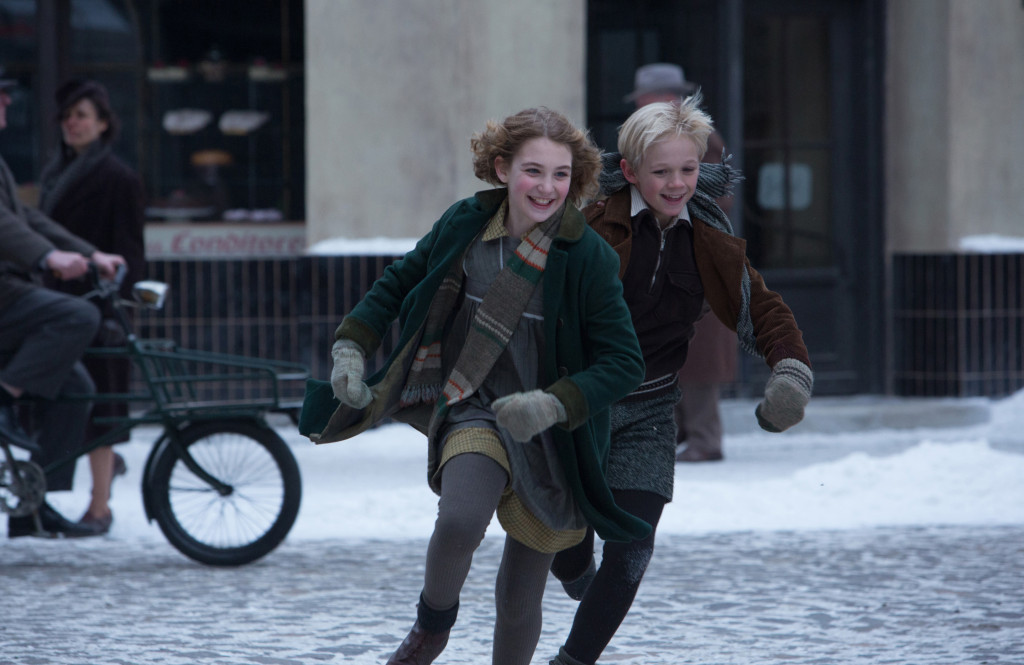 As I mentioned in my sneak peek post, one of the story lines is the sweet special friendship over 6 years between Rudy and Liesel.

In our interview with the producer and director, Brian Percival (who directed Downton Abbey as well), he addressed the fact that it ended up being a coming of age situation for the young actors as well, which he discovered when they tried to retape the dialogue in one early scene after they finished filming:

What we did was the scene when they walk along the street, when he’s taking her to school for the first time, we were revoicing that, because on those outdoor scenes, you have to because you’ve got cars going past and bicycles and footsteps and all those things, and you can’t always hear the dialogue.

We listened to the revoiced scene, and it was different. We’d lost the innocence. They were two different kids. I never realized it at the time, but what has become so special is that that was a moment in time with those two kids at that point in their lives, and it’s gone. You know, we can never have that back.

It’s a movie that encourages kids to appreciate a good story, in books or movies 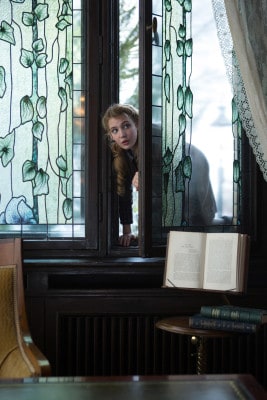 We asked Karen Rosenthal, producer, about their thoughts on taking kids to see the movie, because Emily Watson had also said, “Take your children to see it. They need to know,” and so here was the producer’s thoughts on it (and I have to say I agree, especially as a book blogger):

I think that it’s about words, it’s about the power of words. There will be questions. But I think that this is the kind of movie that garners questions and the kind of discussion that needs to happen, so it never happens again and so that parents or guardians or teachers can impart to younger members of the audience the power of a word and meanings of words. That’s what we hope they take away.

We also hope in this time of videogames, iPads, this, that and 3,000 other things, that the joy of reading is somehow imparted because there’s no better experience to open your imagination than holding a book and reading a book.

And as (director) Brian Percival says, if one more audience member reads a book, literally, not on their iPad, but holds a book and allows themself to experience imagination, we’ve done our jobs.

And a bonus reason

And this one isn’t surprising, but the cast is a big reason to see it. Read my interview with the amazing and talented Book Thief Family, played by Geoffrey Rush, Emily Watson, and the newcomer Sophie Nelisse.

The Book Thief is out in select markets now, and will be everywhere by the end of November.