How many of you have been watching The Bible, that has been on the HISTORY  channel over the last three Sundays?  This amazing series was created and executive produced by Mark Burnett (The Voice, Survivor, Shark Tank) and Roma Downey (star of Touched by an Angel). 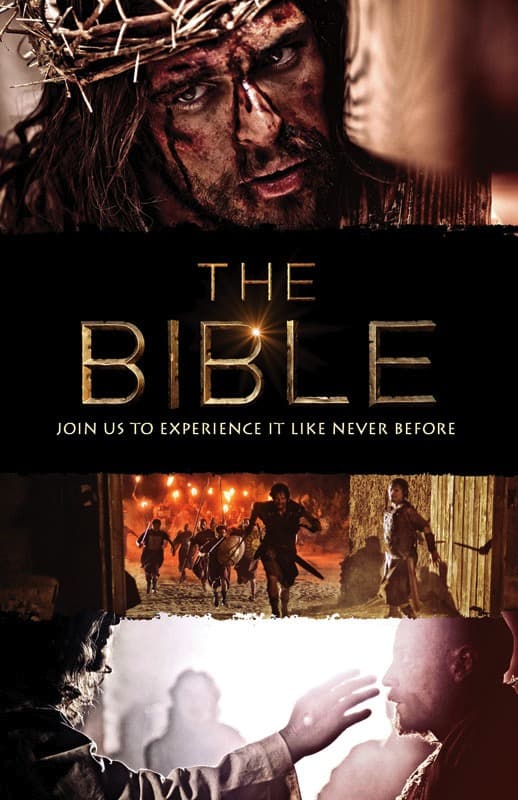 A landmark television event, The Bible combines one of the greatest collections of stories ever assembled with live action and state-of-the-art CGI. The Bible is now out on  Blu-ray and DVD with hours of exclusive special features and extras. Executive producers Roma Downey and Mark Burnett’s The Bible continues to be a cultural phenomenon and draw audiences from across all platforms including books, DVDs, music and downloads, inspiring viewers as it heads into Easter weekend and the series finale.

If you have not seen the series, check out this video:

If you missed The Bible while it was on TV, you have the chance to win not only the series, but also the music inspired by it!

The Bible: The Epic Mini Series (4-DVD Set)
Retail Value: $59.99
Product Description: Courtesy of Twentieth Century Fox Home Entertainment & Motive Entertainment, get swept up into the adventure, drama and wonder of the Bible with this 10-hour miniseries from Roma Downey (Touched by an Angel) and her husband, producer Mark Burnett (Survivor). Breathtaking in scope and scale, The Bible features powerful performances, exotic locales and dazzling visual effects that breathe spectacular life into the dramatic tales of faith and courage from Genesis through Revelation. Available on DVD and Blu-Ray: April 2.

We were provided with a copy to give away in exchange for this post. All opinions listed are our own.