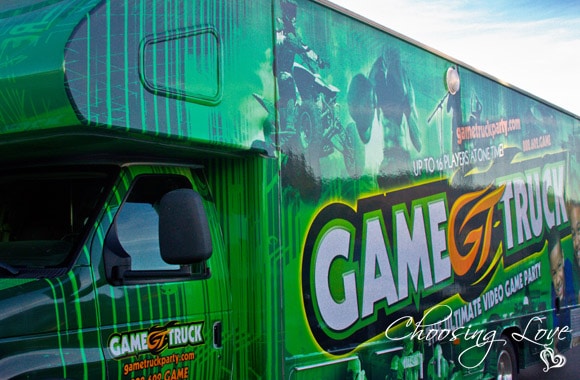 The GameTruck rolled slowly up to our house as the children stood waiting for a surprise. They had no idea what was in store for them and were thrilled to discover the ultimate video game party truck stopped in front of our house.

As a gamer mom, this ranks as one of the best parties ever. A GameTruck experience is one unlike any other. Everything is completely taken care of for you. The children play inside the truck the entire time, under supervision and adults are free to join in and play or hang out outside. Snacks and drinks were provided outside the truck and children were free to come and go as they pleased. They only went inside to use the restroom and they were back at the games. 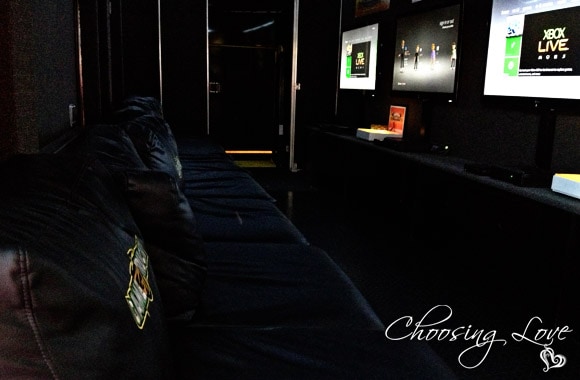 Before the children step into the truck I was invited inside to preview the game selection. At my request, all games above the ESRB rating of E for Everyone were removed. A few exceptions were allowed and then I invited the other moms into the truck to confirm that any game still remaining was acceptable for their child to play. GameTruck abides by the parents’ standards and will only allow approved games to be played by the children. This standard helps set parents at ease. 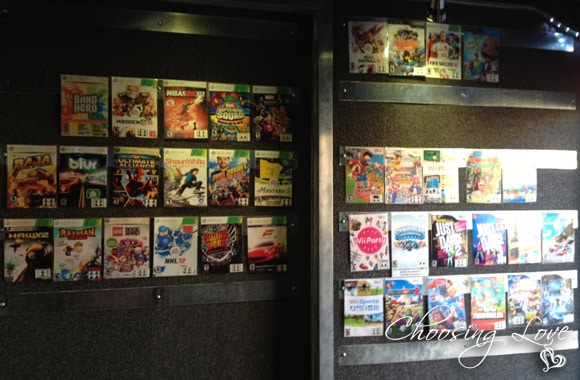 Since the games showing were approved by all the parents in attendance, the children were then invited onto the truck to start the fun. Four giant screens awaited the children with a long couch to play on. Sixteen comfortably fits inside and plays four at a time. 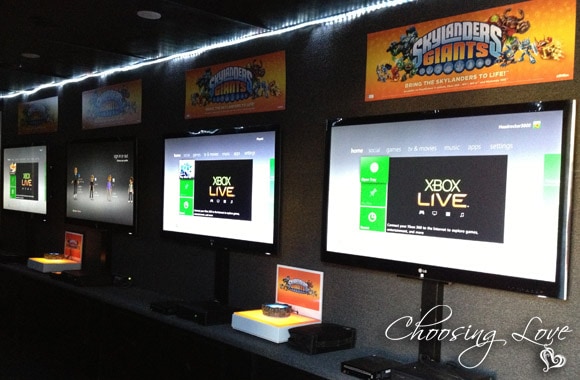 The GameTruck that arrived for our party was equipped with Xbox 360, Wii, and one PlayStation gaming system. If you are an Xbox 360 avid gamer like our family, gamertags are allowed to be used on the truck to continue on with your favorite game or to simply increase your gamer score. Just remember to take your gamertag with you when the fun is done. 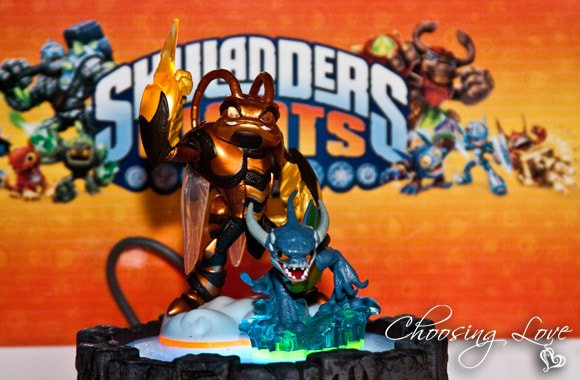 Skylanders Giants was the popular game of choice and many children had never played before, including my own children. The biggest wow factor after seeing four screens in a row was the drawer full of Skylander characters.

Children are taken care of with the party manager who sets up every game and controllers. Surprisingly the children were very patient waiting for their game to begin. If you have ever experienced a ruined disk at the tune of $50-$60, it is nice to know party manager handles everything for you while your games are safely tucked away inside. 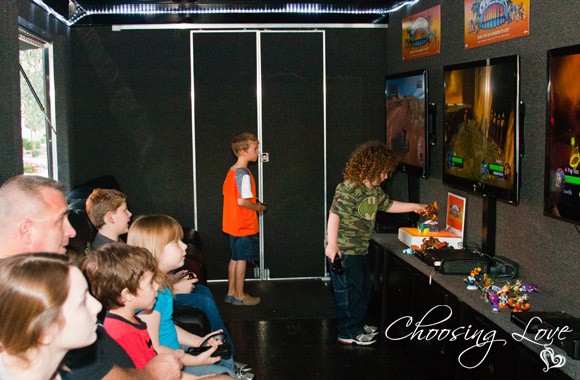 The truck is completely air conditioned, which is important in the Arizona summers. Additionally, they have two windows we opened because the weather was incredibly beautiful this time of year. As the sun set, the soft glow of the rope lights made for quite a sight in front of our house.

The back of the vehicle had a ramp, allowing wheelchairs to also access the fun. They seriously thought of everything when the truck was designed. 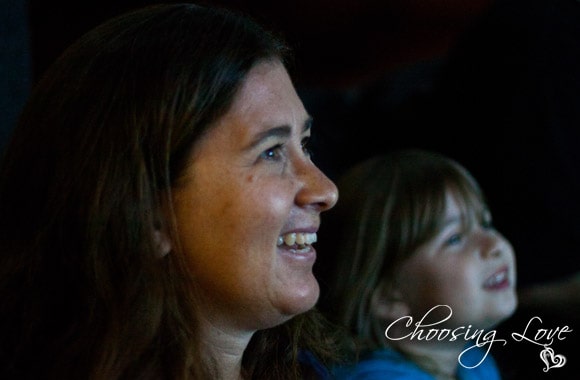 The party lasted for two hours and every time someone needed help or wanted to switch a game, the Party Manager handled it all beautifully. At our party the majority of the parents also played with the children. The only thing that would make it even sweeter is two trucks: one just for the children and one just for the adults. Now that would make an even sweeter party.

As each child left, they were handed a game to take home and enjoy that would work on an iPad, iPhone, or an Android device. 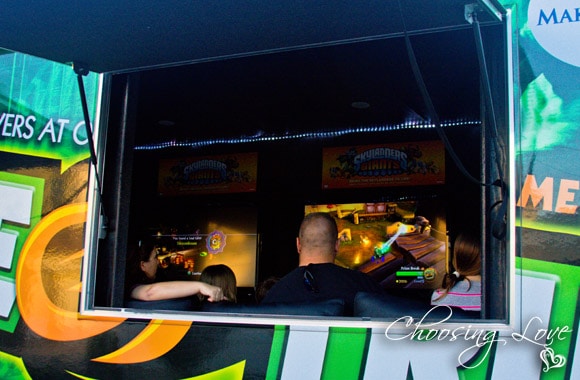 The Party Manager put away all the gaming systems, locked the doors and the truck rolled quietly away in the night as my boys waved. We gathered the leftover snacks and drinks and headed inside. No clean up and everyone had fun. It was only in those moments that the silence began again and I realized the last two hours were filled with four consoles, noise, laughter, but most of all smiles. Definitely the best party ever. 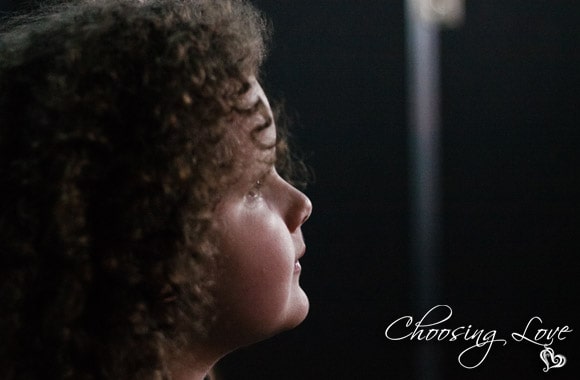 After the party was over and everyone went home my boys tackled me with the tightest hugs I have ever felt. As a mom of boys this totally spoke their love language and they were beyond thrilled. They are already planning to have the party truck return for their birthday.

GameTruck is definitely a way to be known as the coolest mom on the block or perhaps just the title of “Best Mom Ever” from your kiddos might suffice.

GameTruck Can Come to Your Area!

To find out if the Game Truck can come to your town, visit their website and then call for pricing.

One winner is going to get their chance to win a Game Truck experience. You must reside in one of the areas or close to one of the areas listed on the locations page and the party must be on a weekday. Use the Rafflecopter form to enter this giveaway. New to Rafflecopter? Watch this 45-second video on how to enter!

a Rafflecopter giveaway
Our family received a Game Truck party for two hours. All opinions and photographs are my own.

ShareTweetPinPocketMail
Don’t Forget Your List! You Won’t With This App
5 Tips for Holiday Road Trips