As just about any parent can agree, toys have evolved greatly over the decades. Years ago, holiday wish lists for kids were nearly wholly fulfilled by dolls, action figures, bikes and balls. Today, more than a few wishes are met with high tech gadgets. Video game consoles remain popular but are being rivaled ever more by their handheld equivalents. If you’re planning on getting one for your kids, there are some privacy aspects you should consider. 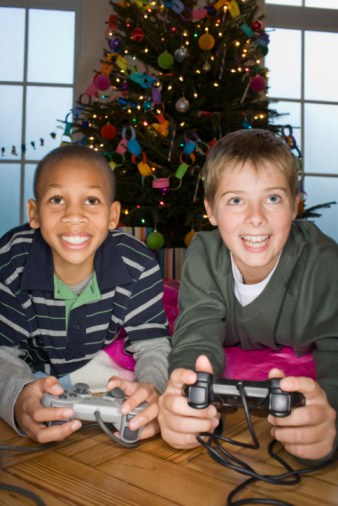 First of all, it’s important to know that such systems offer more than the ability to play games. Most of the top-selling handheld systems can connect to the Internet and come with built-in cameras to take pictures and, in some cases, record video and sound. This can be far from obvious to many. While it may be a given for kids today that nearly anything electronic connects to the Internet, a lot of us still see desktops and laptops as portals to the web.

It’s more and more common today for parents to give their kids some guidance on using the Internet, including what kind of information to avoid sharing. As a result, if you’re planning on giving a handheld video game system to your kids this holiday season, include a talk about Internet safety from you along with it.

Right after opening the box and turning the system on, make your first priority finding out how to activate password protection. And talk to your kids about the importance of protecting the device itself – not just because it may be expensive, but because it may contain their personal information.

A lost or stolen toy is never pleasant. But a handheld video game system with web connectivity and a camera that gets into the wrong hands could result in embarrassing or even malicious videos or pictures being posted online by someone else in your child’s name.

Recent research conducted by the Office of the Privacy Commissioner noted that only four in 10 Canadians said they activated password protection on devices such as smartphones and tablets, putting the majority at major privacy risk.

Realize that a handheld video game system is no different.

Today’s handheld video game system is not only a mini-arcade, but also a veritable mini-broadcast studio. Consider taking some time to both provide your child with some guidance on using the web on top of enacting some simple security measures.

For more information on talking to your kids about how their use of technology can affect privacy, click here: http://www.youthprivacy.ca/en/teachers.html#parents

ShareTweetPinPocketMail
Thank You For Putting Presents Under the Tree This Christmas
Free Holiday Gift Tag Templates at Office.com