As mothers and business owners ourselves, Janice and I LOVE to support mom entrepreneurs. So we are thrilled to introduce you to two talented women who have started a successful business in a crowded and competitive marketplace.

UPDATE: The Twitter Party is over, but you still have another chance to win… Click Here for the extra giveaway. 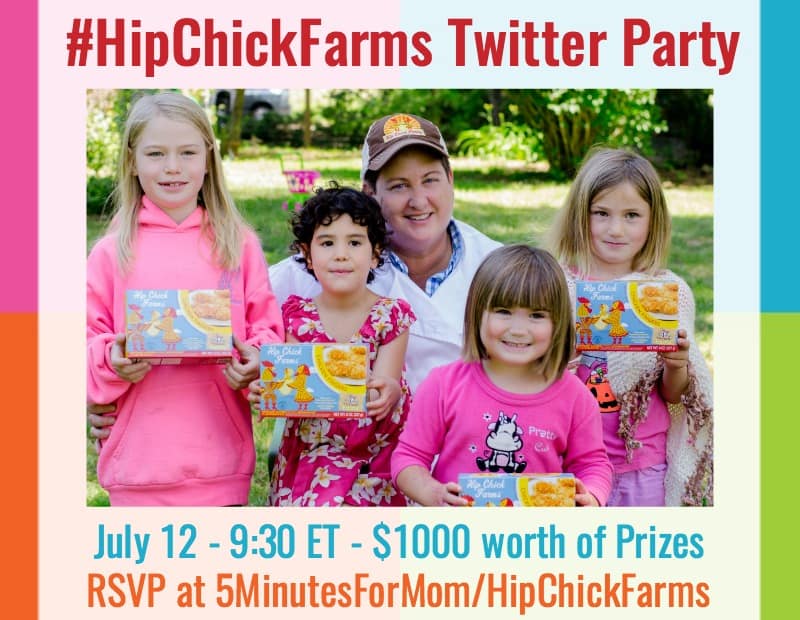 We invite you to join us for a Twitter Party and live tweeting of their appearance on the West Texas Investors TV Show on CNBC July 12th. We’ll be giving away $800 worth of prizes during the party and $200 afterwards! 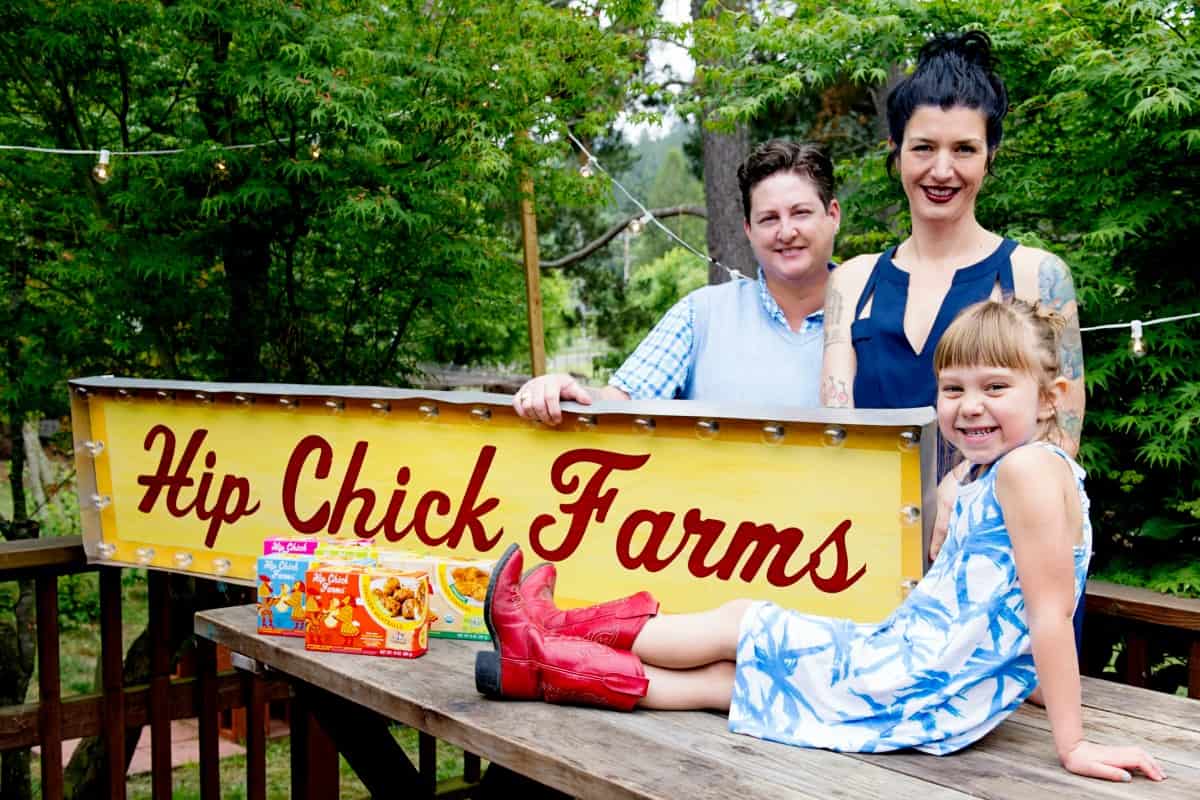 Get ready to fall in love with Hip Chick Farms and their delicious frozen chicken products that you can feel good about feeding to your children.

Chef Jen along with her wife and co-founder Serafina Palandech combined their love of food and love of family to start this business.


Chef Jen is passionate about cooking with the freshest, sustainable and locally sourced ingredients. When working in Ann and Gordon Getty’s kitchen as their personal chef, she was inspired by cooking meals for all the children attending the school in the Getty’s home. The kids loved her cooking her so much – especially her chicken fingers – that she and Serafina decided to share her recipes with the world.

Together they created Hip Chick Farms’ line of artisan, transparently sourced poultry products that are convenient for busy families.

“Our chicken products contain no artificial ingredients; it’s like I’m in your kitchen, making it for you fresh,” says Chef Jen.

Jen and Serafina will be featured on the CNBC TV show “West Texas Investors Club”. 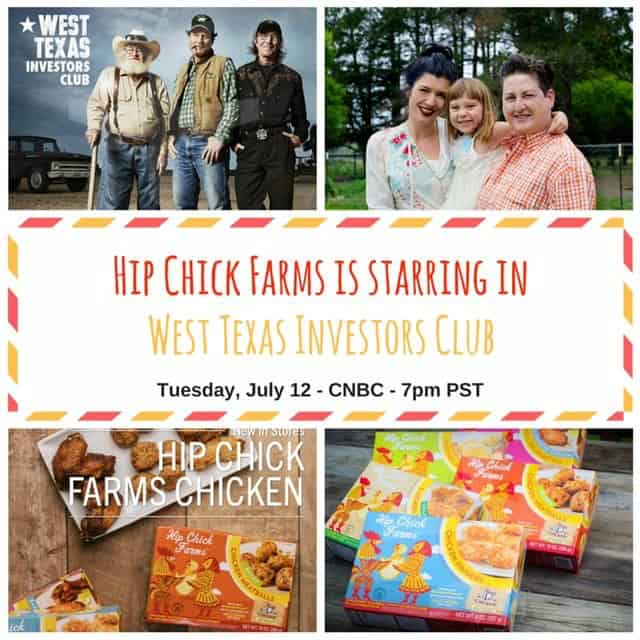 The show is set deep in the heart of Texas, where self-made multimillionaires Rooster McConaughey and Butch Gilliam test out business ideas by promising entrepreneurs who hope to impress and secure an investment.

These modern moms with their forward-thinking business from San Francisco venture out to Texas to get these old-school Texans on board with Hip Chick Farms.

I can’t wait to see what happens… Join us on Twitter as we watch the show together and hand out prizes.

Join us for a fun and informative twitter chat as we live tweet along with @HipChickFarms as they pitch their business to the West Texas Investors on the CNBC TV show. 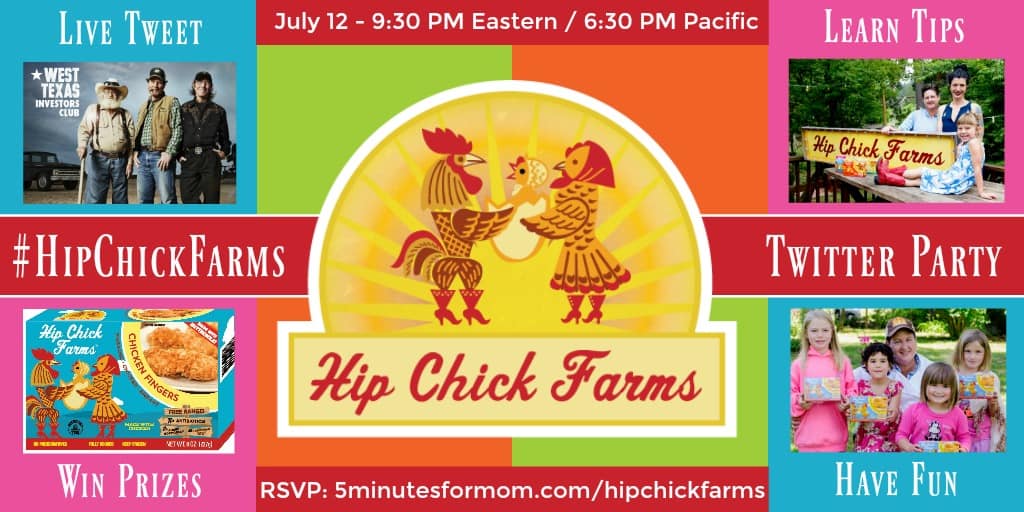 We’re going to talk about…

Our #HipChickFarms Twitter Party will last 1.5 hrs. So we’ll have time to chat before the TV show starts and then live tweet as we watch the 1 hour TV show together.

Before, during and after the Twitter Party, we’ll be giving away $1000 worth of Prizes. Prizing is open to the US only.

DURING the Twitter Party…
RSVP is not required for these prizes.

If you will be joining the party, RSVP below and Tweet now with #HipChickFarms and you’ll be entered to win the Early Bird Prize of Coupons for $100 of Hip Chick Farms Products and a Baby T-Shirt.

We’ll also send you an email reminder the day of the party.

There is a 50% off sale at Good Eggs right now… 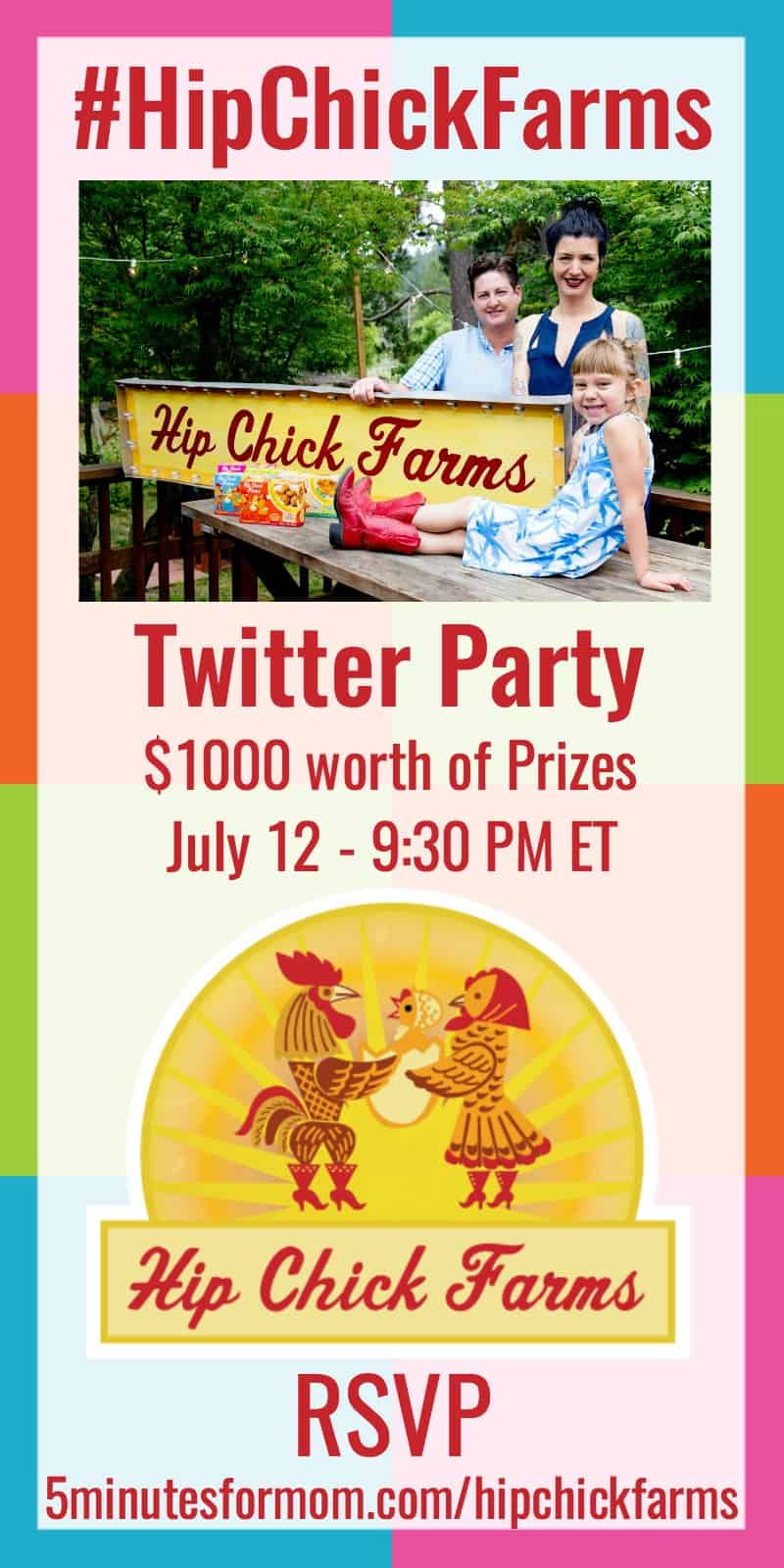