Jennifer Donovan here to tell you about the movie Legends of Oz: Dorothy’s Return with a fun movie merchandise giveaway. This is a sponsored giveaway.

It’s almost summer! I keep telling myself that even though it’s still a ways off. When the calendar turns to May, my countdown begins to those relaxed days that I know are ahead, those days that give me time to spend time with my family doing fun things like seeing the great movies that always come out in the summer, and having more time for play.

Enter Legends of Oz: Dorothy’s Return, a new 3-D animated musical based on Roger Stanton Baum’s 1989 novel Dorothy of Oz. Original Oz author L. Frank was Roger’s great-grandfather! The story follows the heroic Dorothy Gale (Lea Michele) back to the beloved fantasy land, where she and the Scarecrow (Dan Aykroyd), the Lion (Jim Belushi), the Tin Man (Kelsey Grammer), and Glinda (Bernadette Peters) must face a new villain: the Jester (Martin Short) and his flying monkeys. 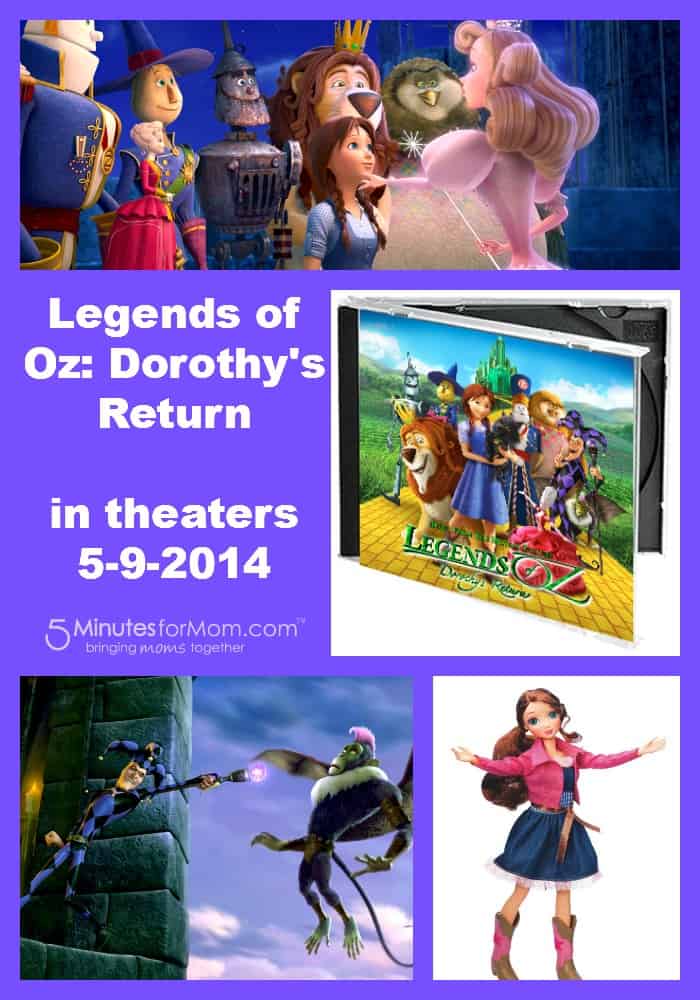 This is a perfect giveaway to usher in summer. Not only will you have the a beautiful and fun doll extend the enjoyment of the movie, but you’ll have the CD soundtrack to enjoy on your road trips or day trips all summer long.

The Bandai toy line includes dolls (see Dorothy below), collectible and plush toys to encourage imaginative play. The Singing Dorothy features two clips of the songs Lea Michele sings in the movie, “One Day” and “Work With Me.” She comes dressed in her signature clothes from the film. The doll is available at most retailers including Target, KMart, Wal-Mart, Amazon and Toys R Us.

Legends of Oz: Dorothy’s Return is a 3D-animated musical based on the adventure books by Roger Stanton Baum, the great-grandson of L. Frank Baum. A continuation of one of the world’s most popular and beloved fairy tales, Legends of Oz finds Dorothy (Lea Michele) waking to post-tornado Kansas, only to be whisked back to Oz to try to save her old friends the Scarecrow (Dan Aykroyd), the Lion (Jim Belushi), the Tin Man (Kelsey Grammer) and Glinda (Bernadette Peters) from a devious new villain, the Jester (Martin Short). Wiser the owl (Oliver Platt), Marshal Mallow (Hugh Dancy), China Princess (Megan Hilty) and Tugg the tugboat (Patrick Stewart) join Dorothy on her latest magical journey through the colorful landscape of Oz to restore order and happiness to Emerald City. Set to the tunes of Academy Award-nominated singer/songwriter Bryan Adams, Legends of Oz marks a charming, family-friendly return to the Oz franchise. 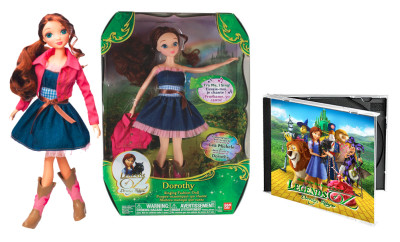 Giveaway courtesy of Clarius Entertainment. Open to US mailing addresses only. Follow the instructions below to earn one or more entries.