Are you excited about all the new Disney films coming out this fall? If you live in Canada like Susan and Janice, then this list is for you. Here is the rundown of all the dates for the Canadian fall release of Disney’s newest films. 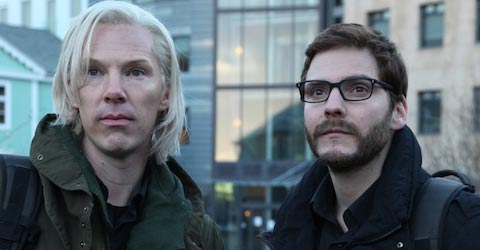 Triggering our age of high-stakes secrecy, explosive news leaks and the trafficking of classified information, WikiLeaks forever changed the game. Now, in a dramatic thriller based on real events, “The Fifth Estate” reveals the quest to expose the deceptions and corruptions of power that turned an Internet upstart into the 21st century’s most fiercely debated organization.

The story begins as WikiLeaks founder Julian Assange (Benedict Cumberbatch) and his colleague Daniel Domscheit-Berg (Daniel Brühl) team up to become underground watchdogs of the privileged and powerful. On a shoestring, they create a platform that allows whistleblowers to anonymously leak covert data, shining a light on the dark recesses of government secrets and corporate crimes. Soon, they are breaking more hard news than the world’s most legendary media organizations combined.

“The Fifth Estate” is presented by DreamWorks Pictures and Reliance Entertainment in association with Participant Media and is produced by Steve Golin and Michael Sugar, with Bill Condon directing. The screenplay is by Josh Singer, based on the book “Inside WikiLeaks” by Daniel Domscheit-Berg and the Guardian book “WikiLeaks” by David Leigh and Luke Harding. The film will be released in theatres on October 18, 2013.

THOR: THE DARK WORLD (in Digital 3D and RealD) 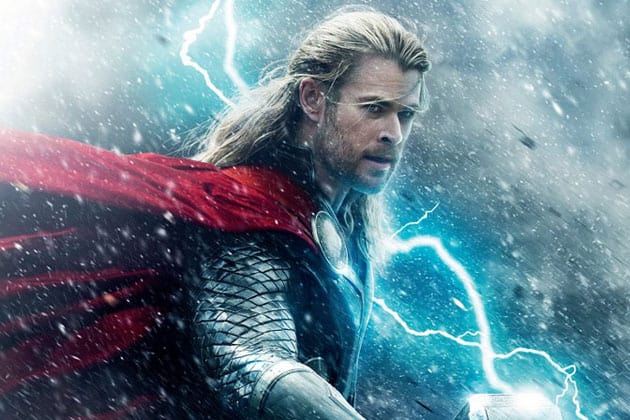 Marvel’s “Thor: The Dark World” continues the big-screen adventures of Thor, the Mighty Avenger, as he battles to save Earth and all the Nine Realms from a shadowy enemy that predates the universe itself.  In the aftermath of Marvel’s “Thor” and “Marvel’s The Avengers,” Thor fights to restore order across the cosmos…but an ancient race led by the vengeful Malekith returns to plunge the universe back into darkness. Faced with an enemy that even Odin and Asgard cannot withstand, Thor must embark on his most perilous and personal journey yet, one that will reunite him with Jane Foster and force him to sacrifice everything to save us all. 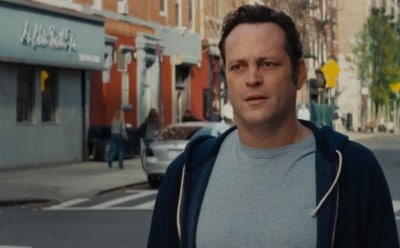 From DreamWorks Pictures comes “Delivery Man,” the story of affable underachiever David Wozniak, whose mundane life is turned upside down when he finds out that he fathered 533 children through sperm donations he made twenty years earlier.  In debt to the mob, rejected by his pregnant girlfriend, things couldn’t look worse for David when he is hit with a lawsuit from 142 of the 533 twenty-somethings who want to know the identity of the donor.  As David struggles to decide whether or not he should reveal his true identity, he embarks on a journey that leads him to discover not only his true self but the father he could become as well.

A DreamWorks Pictures and Reliance Entertainment presentation, “Delivery Man” is directed by Ken Scott, produced by Andre Rouleau, with screenplay by Ken Scott. The film releases on November 22, 2013. 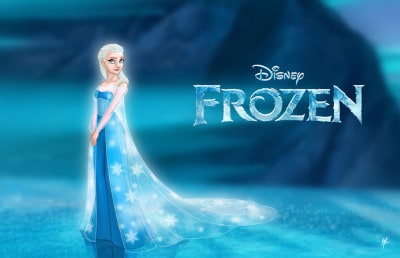 Walt Disney Animation Studios, the studio behind “Tangled” and “Wreck-It Ralph,” presents “Frozen,” a stunning big-screen comedy adventure. Fearless optimist Anna (voice of Kristen Bell) sets off on an epic journey – teaming up with rugged mountain man Kristoff (voice of Jonathan Groff) and his loyal reindeer Sven – to find her sister Elsa (voice of Idina Menzel), whose icy powers have trapped the kingdom of Arendelle in eternal winter. Encountering Everest-like conditions, mystical trolls, and a hilarious snowman named Olaf, Anna and Kristoff battle the elements in a race to save the kingdom.

The film is directed by Chris Buck (“Tarzan,” “Surf’s Up”) and Jennifer Lee (screenwriter, “Wreck-It Ralph”), and produced by Peter Del Vecho (“Winnie the Pooh,” “The Princess and the Frog”). Featuring music from Tony®-winner Robert Lopez (“The Book of Mormon,” “Avenue Q”) and Kristen Anderson-Lopez (“In Transit”), “Frozen” is in theatres in 3D on November 27, 2013. 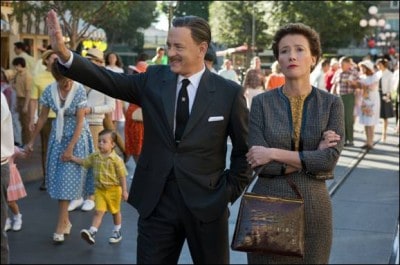 For those two short weeks in 1961, Walt Disney pulls out all the stops. Armed with imaginative storyboards and chirpy songs from the talented Sherman brothers, Walt launches an all-out onslaught on P.L. Travers, but the prickly author doesn’t budge.  He soon begins to watch helplessly as Travers becomes increasingly immovable and the rights begin to move further away from his grasp.

Disney presents “Saving Mr. Banks,” directed by John Lee Hancock and produced by Alison Owen, Ian Collie and Philip Steuer and written by Kelly Marcel and Sue Smith. Executive producers are Paul Trijbits, Andrew Mason, Troy Lum and Christine Langan. The screenplay is by Kelly Marcel from a story by Sue Smith and Kelly Marcel. The film will release in theatres on December 13, 2013, limited, and open wide on December 20, 2013.

Which one are you most excited about seeing?

ShareTweetPinPocketMail
Diana’s Baby – How Prince William Broke the Cycle
Are You Creating SMART Goals? Here’s How You Can…