If you’re concerned about how to discuss alcohol with your pre-teen, you’re not alone. Many parents are nervous about beginning the conversation regarding alcohol and drug use, but the truth is…the more comfortable you seem towards your child, the more comfortable they will feel with sharing their experiences with you.

In reality, you’ve already been communicating with your youngster about the subject for years by being a role model. Here are a few tips to follow: 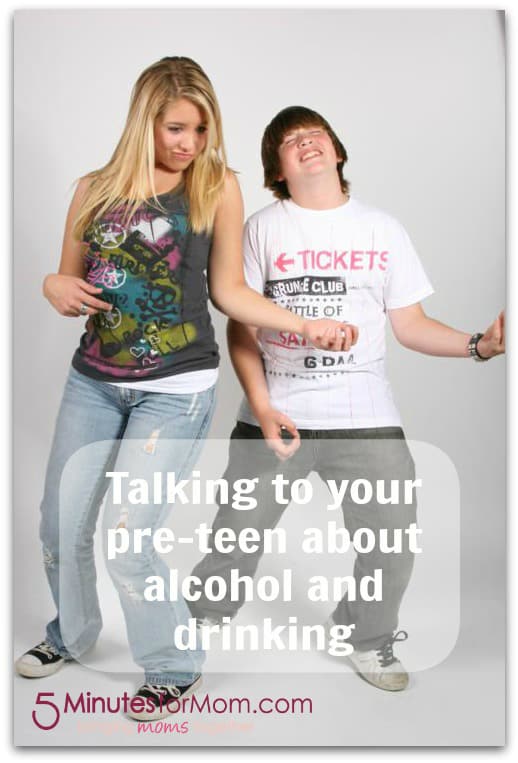 How you treat alcohol is actually much more important in the long run than what you say about it. If you hide your drinking from your children, you send the message that it’s a forbidden pleasure and make it even more attractive to them. On the other hand, if you treat alcohol in a non-emotional way, you send the message that drinking in moderation is “no big deal” for adults. And if you live in one of the many states that legally permits it, when your pre-teen graduates to a teen, you can teach them that it isn’t a big deal by allowing supervised consumption in the house.

Research in both the U.S. and Great Britain has found that teens who drink with their parents are much less likely to abuse alcohol outside the home. There are also many groups and societies in which people usually drink daily but in which there are relatively few drinking problems. They include Greeks, Italians, French, Spaniards, and Jewish cultures. The cross-cultural evidence reveals that there are fewer drinking problems among these and other groups in which children ordinarily drink within the home. It’s clearly better to learn to drink in your house rather than a friend’s.

We also teach about drinking by our reactions to alcohol abuse, which should never be seen as acceptable by anyone, of any age, under any circumstance. We can use teachable moments to suggest how people who misuse alcohol could have avoided doing so. A casual, “How could Jason have avoided that problem?” can spark an important and meaningful discussion.

3.   Distinguish Between Acceptable and Unacceptable

We all want to protect our children. Therefore, they need to learn how to avoid harm from anyone’s misuse of alcohol. That includes how to avoid riding with someone who’s been drinking, how to avoid being around intoxicated people, how to recognize alcohol poisoning, and other protective behaviors we may incorrectly assume they know.

The fundamental keys to helping and protecting our pre-teens are being a good role model and engaging in unemotional, non-preachy communication. The more hysterical parents become, the more upset the child becomes. Even if you are angered with the mistakes your child may make, talk to them in a calm and accepting tone; this is the best way to build an open and honest relationship with your pre-teen!