Our 5 Minutes for Books managing editor Jennifer Donovan loves all sorts of stories, be they in the pages, on the big screen, or the small screen. She’s here to share several from the small screen that she and her teen daughter love to binge watch together.

As your kids get older, it can sometimes be harder to find ways to bond and spend quality time together. So why not give in to a guilty pleasure you both can enjoy… binge watching TV shows! 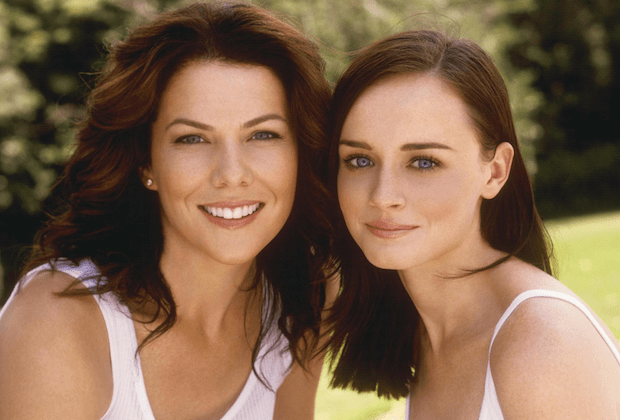 Gilmore Girls has been one of my favorite shows since I caught it in syndication shortly after it aired live. I waited for just the right time to watch it with my daughter Amanda. I am fairly conservative when it comes to media, but once she was in high school, I figured that she was ready to experience Chilton with Rory. I bought her the first two seasons on DVD for Christmas her freshman year (We had to go old-school, because it wasn’t streaming yet). Now that it’s on Netflix, and with the revival coming out later this year, now is the perfect time to watch or re-watch. I have watched it countless times and it never gets old. 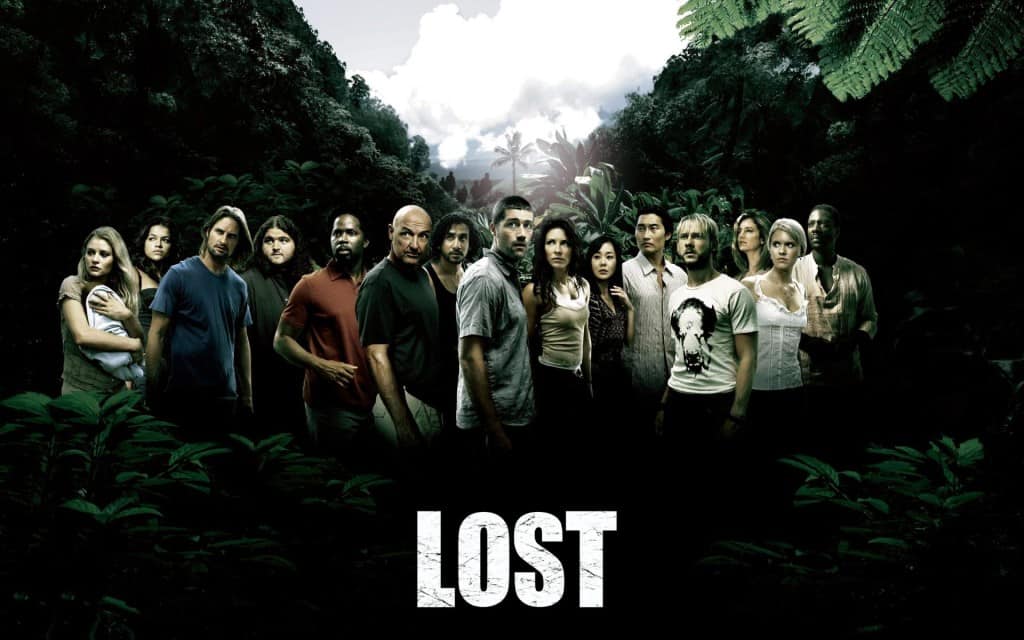 Amanda suggested our next watch.  A whole new generation got into the island plane-crash survivors when it started streaming. A friend had recommended LOST to her, and she had watched it already but wanted to share with me. I had never gotten into it when it was on TV originally, but I wanted to try.  I was hooked on every twist and turnn. It was fun for Amanda to get a second look at everything as she introduced it to me. It got a little crazy at times, but it’s pretty addictive, and since the main complaint people had when it was running live was all of the cliffhangers before the frequent breaks in scheduling, it is absolutely perfect for binge-watching. 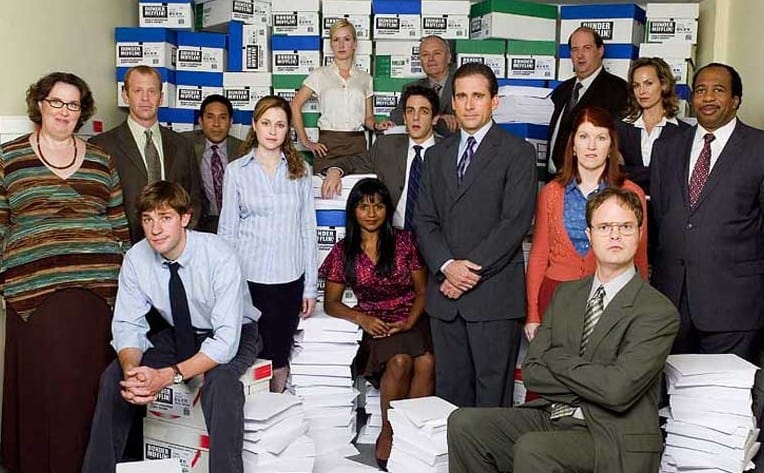 The Office is another popular show that I neglected when it was on TV but enjoyed watching on Netflix. It’s one of my all-time faves.  The characters are lovable and contemptible at the same time. Some of the off-color humor made me slightly uncomfortable when watching with my 16-year-old daughter (“That’s what she said”), but I know it’s nothing that she hasn’t heard at school anyway.  I had watched most of it when she started watching — at the recommendation of another friend — but we watched and laughed together when we each had time. 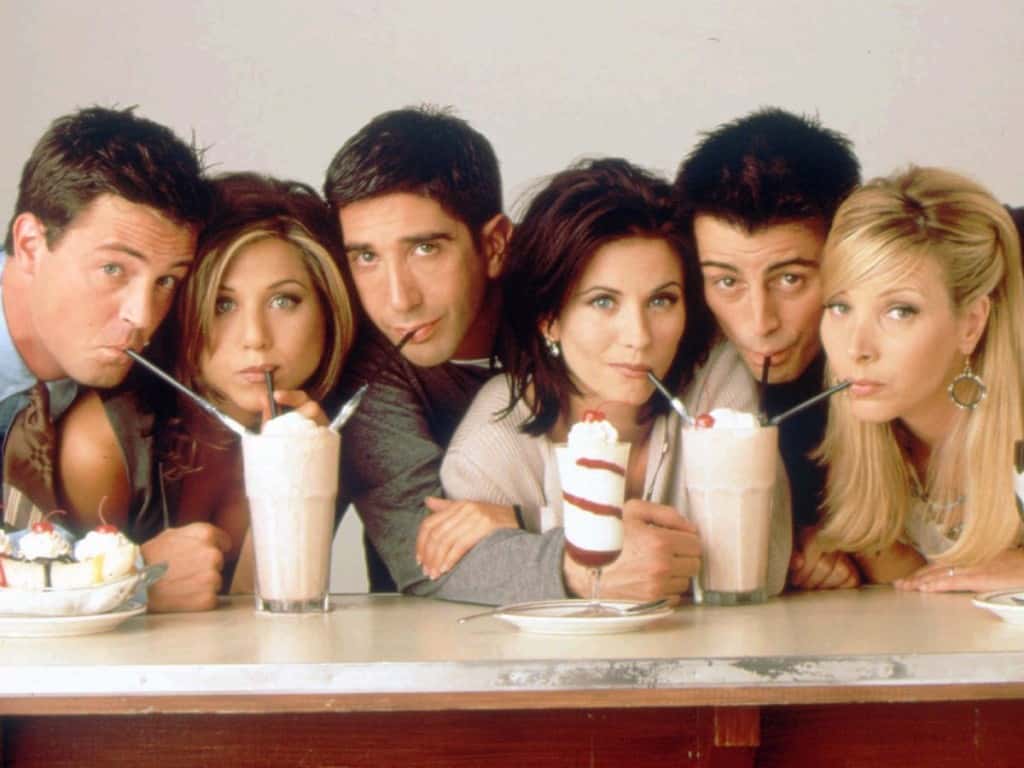 Of course I watched Friends live twenty years ago. It was Must See TV. It’s the kind of show I could turn on anytime it was on in syndication, so I know I’ve seen every episode multiple times, but I hadn’t watched from beginning to end. Once it hit Netflix, a whole new generation wondered if Ross and Rachel would ever get together. This is one that we’ve watched here and there in between watching other things, but it’s been really fun to relive and to see her reactions. I know that tweens and teens of all ages watch it, but honestly, there is a lot of talk about sex. Since my daughter will be in college next year, I don’t really moderate what she watches anymore, but I had forgotten how much they tried to push the envelope each week. 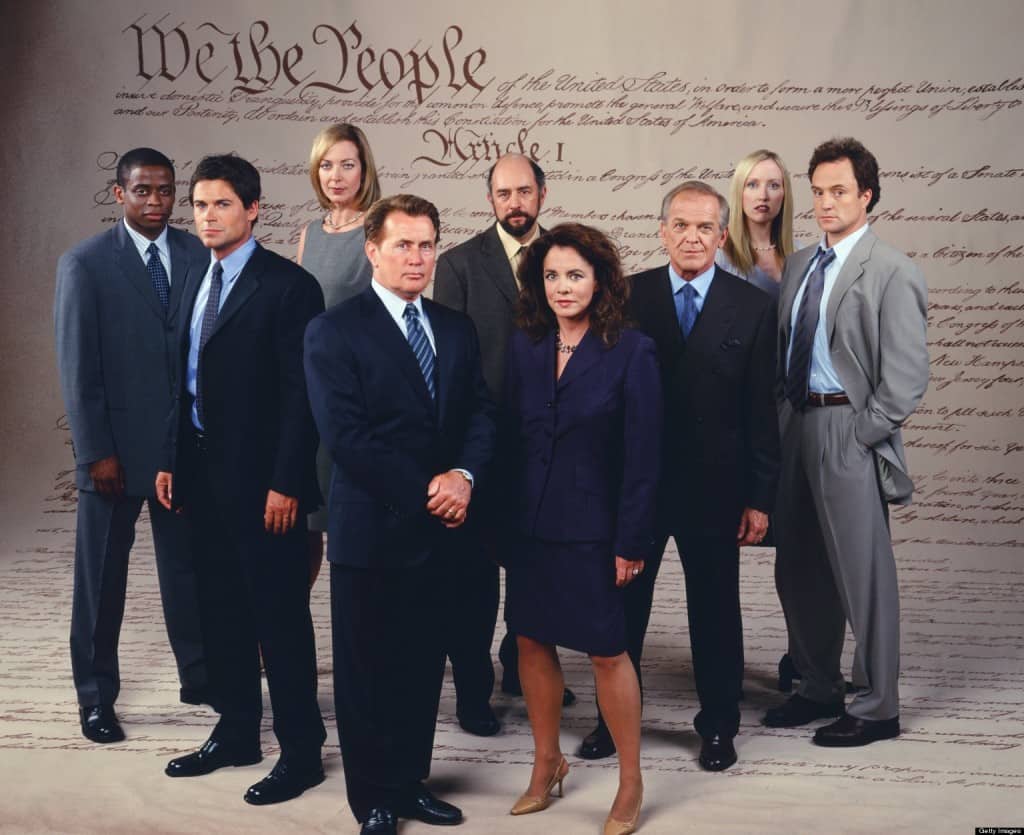 The West Wing is my all – time favorite show. I have watched the whole thing start-to-finish countless times. I kept dropping hints to Amanda that one day we’d watch it together. She didn’t think she’d be interested in a political drama, but I couldn’t wait to share it with her. When she started talking about how she’d be old enough to vote for President in this election, I told her she had to watch it before she could earn the right to vote. She was ready, so last month we started. She loves it! I knew she’d apprecia

te it and enjoy it, but she is making time to watch with me, because she is taken with it. We have six months before she leaves for college to get through 6 more seasons, and I think we can do it.

What do you suggest?

What other shows have you binged that are good for watching with teens? I’d love to add them to my queue. 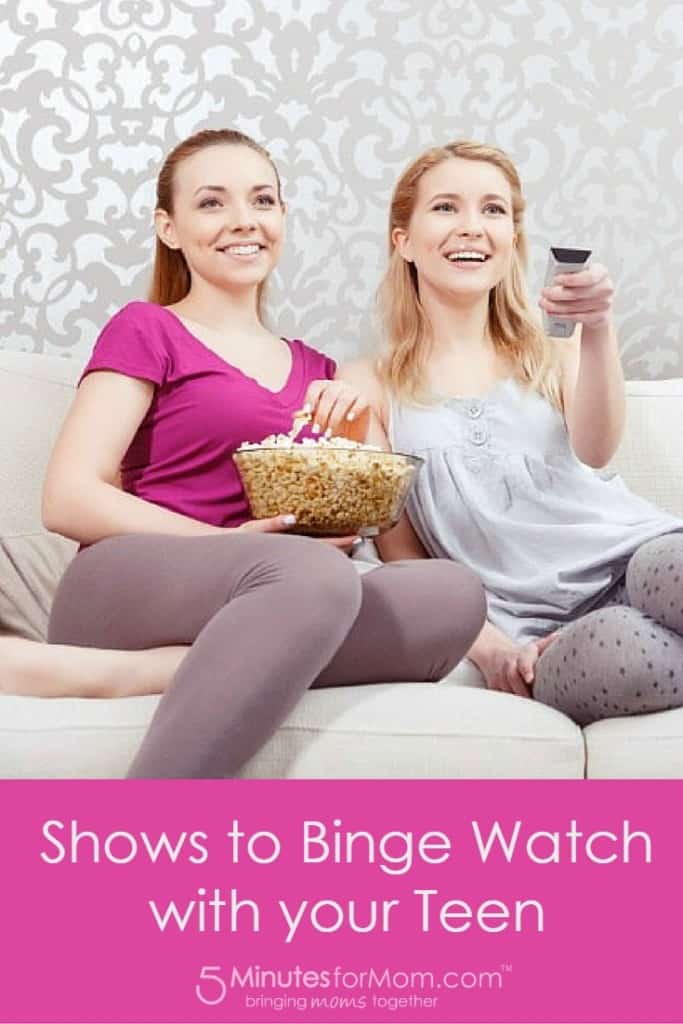