Disney is sending 5 Minutes for Mom contributing blogger Dawn Cullo to Orlando, FL to attend the Disneynature Monkey Kingdom press event. Dawn’s expenses will be paid for the trip but no other compensation will be paid and all opinions are Dawn’s.

I am so excited to announce that I have been selected to swing over to Orlando with 24 other fantastic bloggers for the #MonkeyKingdomEvent from April 14-19, 2015.

We will be screening the new Disneynature film “Monkey Kingdom” as well as visiting the Walt Disney World Resort. 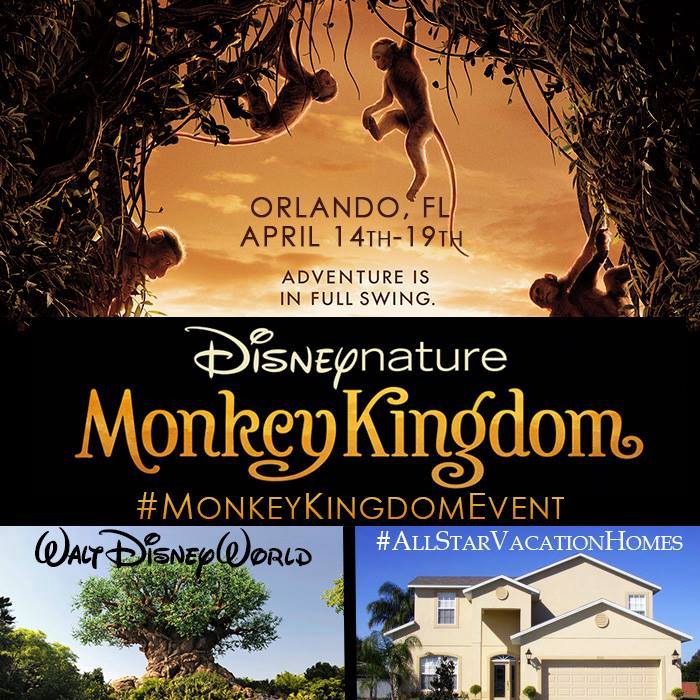 Here is what is in store for our epic Monkey Kingdom adventure. 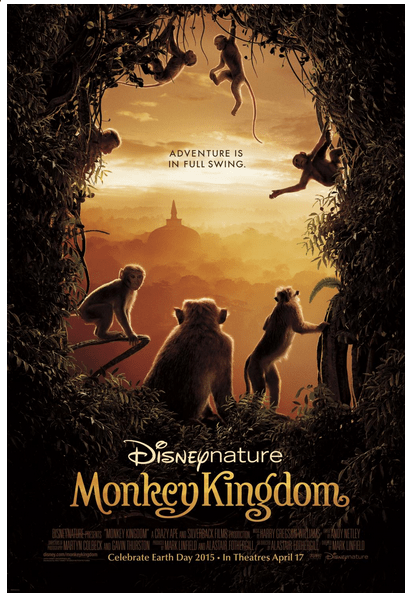 The movie focuses on Maya, a clever and resourceful blonde-bobbed monkey.  The movie is set among ancient ruins in the storied jungles of South Asia 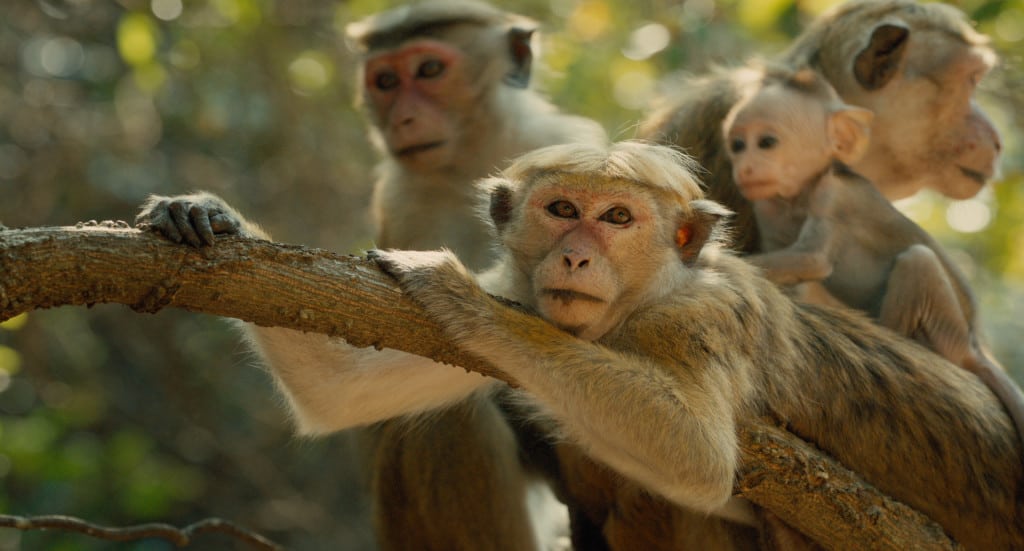 Catch a sneak peek of the movie in this trailer.

We will be interviewing Disneynature Ambassador Dr. M Sanjayan, who appears in this video below.
Monkey Kingdom Video

We will be going backstage at Disney’s Animal Kingdom theme park to learn how Disney Cast Members take care of to the 1,500 animals including a visit to the state-of-the-art veterinary hospital and the Animal Nutrition Center to see how over 4 tons of food are prepared and distributed each day.

While there we will get to take part in the Wild Africa Trek which is a 3-hour safari tour.  This tour includes walking across a rope bridge view animals in their habitats such as hippos, crocodiles, giraffes and rhinos.

We will have fun exploring Disney’s Animal Kingdom on the Wilderness Explorer challenge. We will complete challenges and earn adventure badges as we work our way around the Park.

This wonderful location will provide us with fantastic views of the animals roaming on the savanna at the Animal Kingdom Lodge.

A visit to Epcot isn’t complete without visiting The Land and The Seas with Nemo & Friends. While visiting this fun and educational part of Epcot we will to sit front row at a Dolphin Research overview, ride “Soarin’”and “Living with the Land”

We also get the chance to take in the sights and tastes of the Epcot International Flower & Garden Festival.

The Epcot International Flower & Garden Festival runs for only 75 days from March 4 – May 17, 2015. It takes Cast Members 1 full year to prepare for the festival.

The festival is also home to over 30 million blooms and 100+ fun topiaries.  This year there will be four new topiaries including Anna and Elsa.

We will be visiting during Earth Day Weekend  we will get to visit exhibits such as the Purple Martins, Backyard Habitat and the “Monkey Kingdom” Sand Sculpture as well as many other fun and educational exhibits.

The accommodations for our trip will be unique because we won’t be staying at a hotel.  Instead we will be staying at the All Star Vacation Homes.

Be sure to follow along on the adventure with me on 5 Minutes for Mom social media accounts Twitter, and Facebook and the hashtags #MonkeyKingdomEvent #DisneySide and #AllStarVacationHomes  from April 14-19th.