Disney sent 5 Minutes for Mom contributing blogger Dawn Cullo to DisneyToon Studios and Dawn’s expenses have been paid for the trip but no other compensation will be paid and all opinions are Dawn’s. 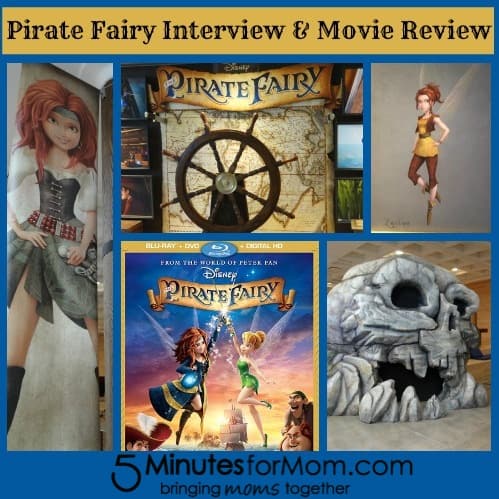 I had the opportunity to visit the DisneyToon Studios to screen the newest Disney Fairies movie “The Pirate Fairy”. 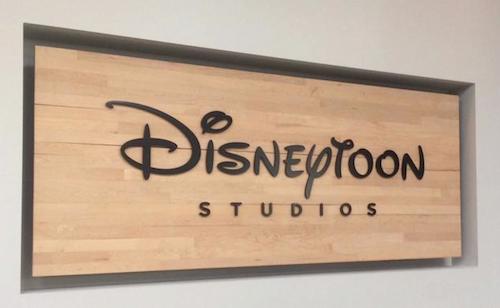 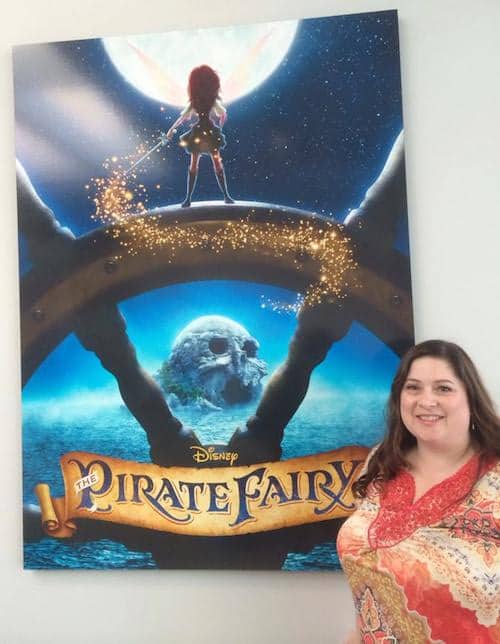 I had the chance to sit down for an interview with Jenni Magee-Cook (Producer) and Peggy Holmes (Director & Writer) of “The Pirate Fairy”.  The new Disney Faries movie stars Christina Hendricks as Zarina a swashbuckling dust-keeper fairy who is very smart and ambitious. 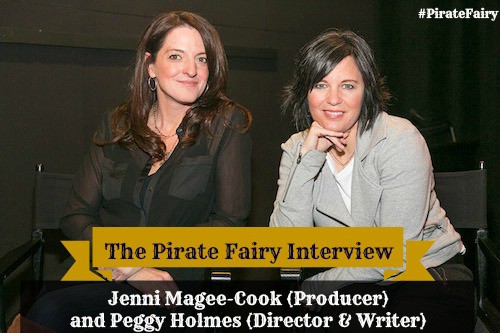 The character of Zarina needed to be vulnerable, sweet yet tough when she’s a pirate.  They also wanted you to like Zarina from the start so that when she does make a mistake it is easily forgivable. Christina Hendricks posses this range of acting so they felt she was perfect for the role and she is also a big Disney fan so she is thrilled to be a Disney Fairy. 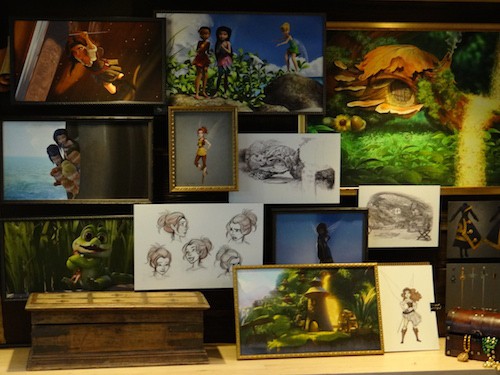 Tom Hiddleston was their first choice for James so they were very excited to be able to cast him into the role.  James is a bigger than life character and Tom Hiddleston knew how to play the role of this complex character and villain in the making.  He needed to be charming and loyal yet able to be villainous. 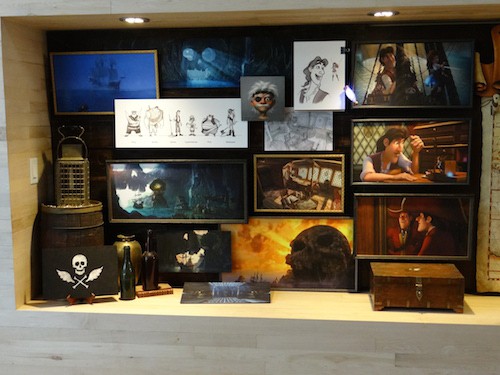 When they started to develop the movie they knew that Zarina would make a mistake and then do something to be able to redeem herself.  But they didn’t know “what wrong thing” they wanted her to do.  One day in a two hour meeting with John Lasseter they were reviewing the movie ideas and he had a revelation and pounded his fist on the conference room table and said “PIRATES!! Zarina could run away with Pirates!!”

From there the movie just took off and they looked back through the archives to pull story ideas and images from “Peter Pan”.  Once they had clarity on the direction the movie was going it only took 15 months to complete. 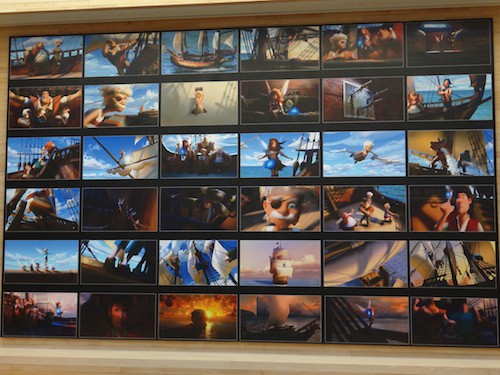 Christian Siriano is the costume designer for Zarina. He can relate to her being on the outside as he has forged his own way in his career.  Peggy noted that working with him was amazing, he had a ton of ideas, he was very professional and organized.

When they first pitched him the ideas for the costumes during a conference call he was already sketching out ideas.  The Disney Fairies only wear clothing that is organic, but when Zarina becomes a pirate she needs to use man made items for her clothing. The movie takes place during the turn of the century and they provided him with ideas to use for her costume such as hat pins for swords and a watch band or napking ring for a belt.  He also came to the studio and worked with the character designer and produced some remarkable sketches. 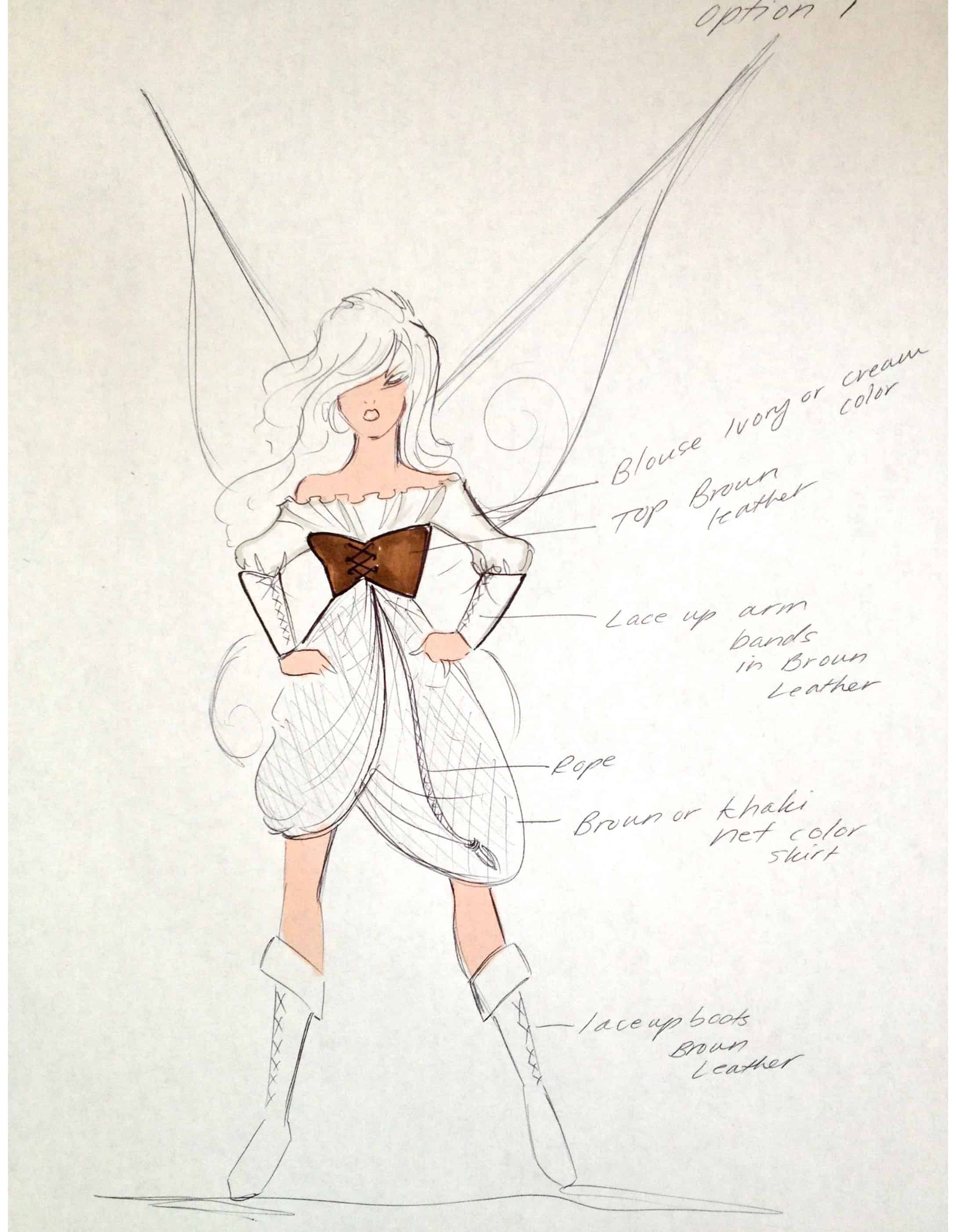 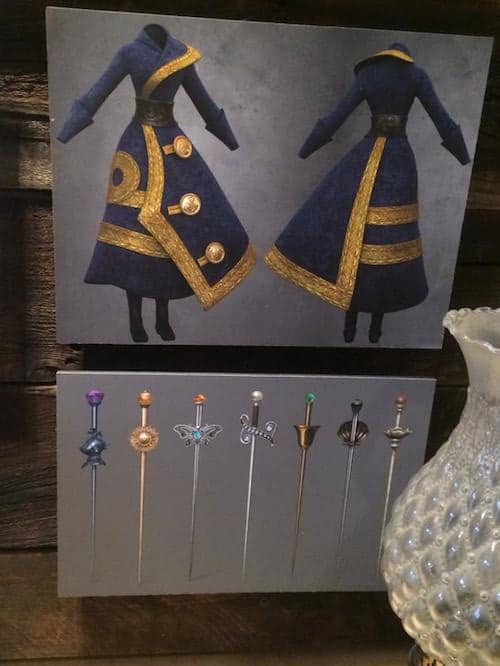 In this movie the fairies leave Pixie Hollow and head to the land of Pirates. Peter Twist was the consultant for the “Pirates of the Caribbean” movie franchise and also the consultant on “The Pirate Fairy”. He was on hand during the production of the movie to help out with the Pirate hierarchy and how things work on a Pirate ship. They also used the Animation Library to be true to the images in the movie “Peter Pan”.

The movie is good for both boys and girls because there are Fairies AND Pirates. The movie feels like it is a continuation of the previous movie “The Secret of the Wings” because you will see the Winter talent fairies and Tinker Bell’s sister Periwinkle. Reprising their roles as fairies are Mae Whitman as Tinker Bell, Lucy Liu as Silvermist, Megan Hilty as Rosetta, Angelica Houston as Queen Clarion, and Raven-Symone as Iridessa.

The movie runs 78 minutes and the first time my girls (4 & 8) saw the movie they didn’t talk the entire time, which means they liked it.

I loved seeing the movie go back to the Peter Pan era and see how that story started to develop. We also get to go inside Skull Rock which I though was pretty cool. In this video Peggy Holmes describes how they expanded upon the pirate world of Peter Pan.

There is something for everyone in this movie, I enjoyed it because of the look back to the early Peter Pan story and my girls loved it because Fairies use their talents in a unique way and in general they like the fairies. I think this is the best Disney Fairies movie that has been released, and I’ve seen them all.

In this clip the film makers talk about the Pirate Fairy Never Land Legacy.

There is a handful of merchandise available for your kiddos, my girls loved the baby tick tock and the dolls. There are also books, plush and other mini dolls available. 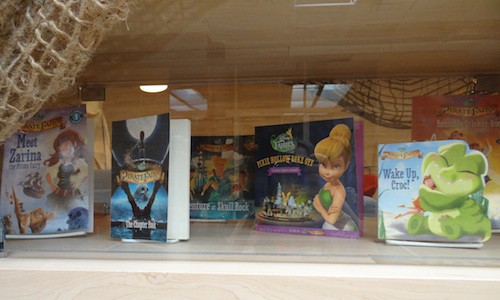 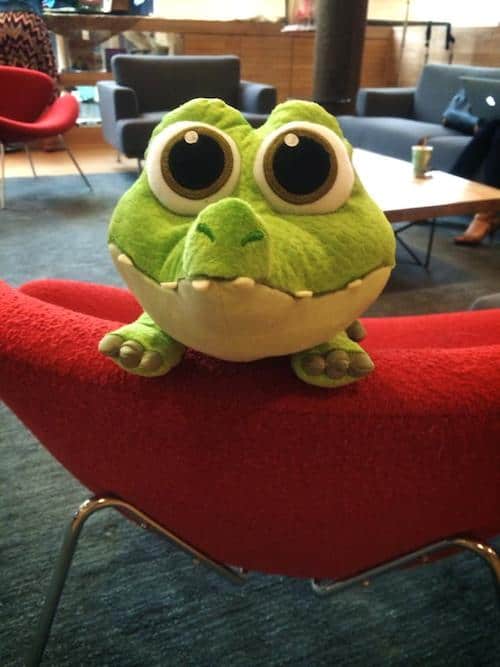 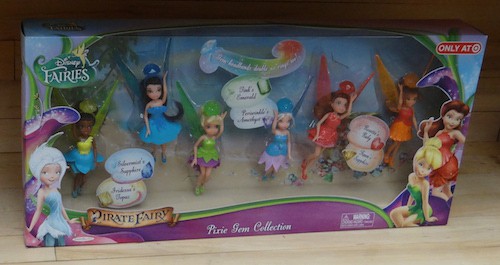 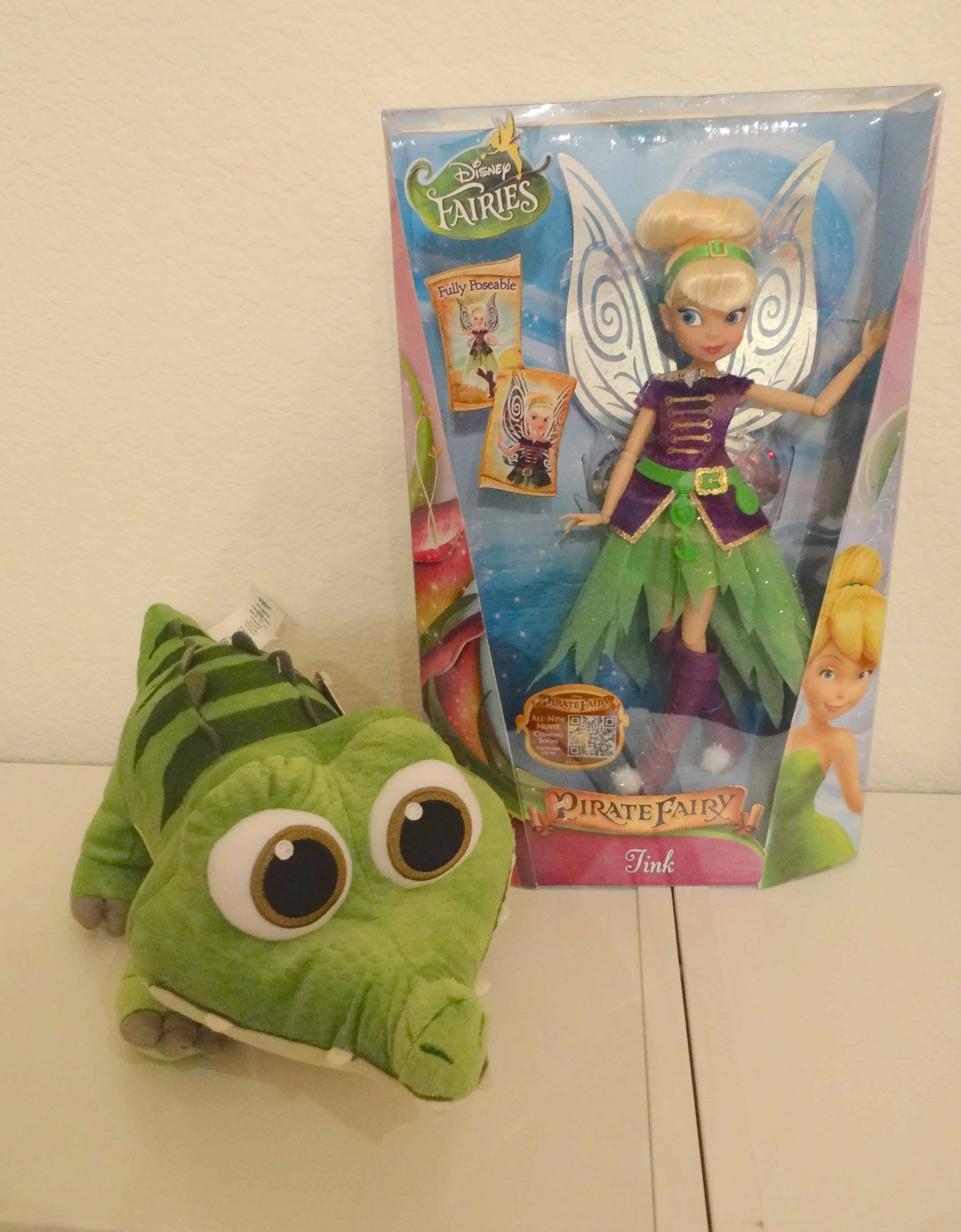 The Pirate Fairy is available on Blu-Ray +DVD+Digital HD on April 1st. 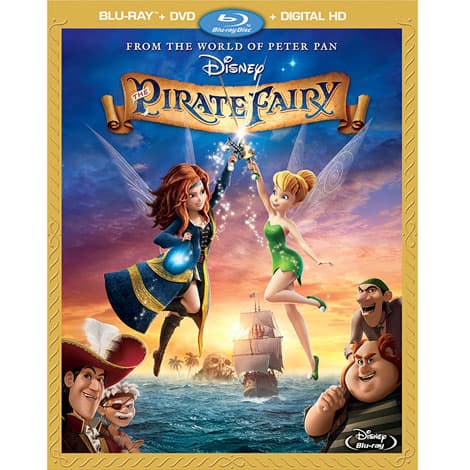 There are a few songs in the movie and they are fun. Take a behind-the-scenes look at the recording of The Frigate That Flies sung by Tom Hiddleston and his band of pirates.

Natasha Bedingfield was originally only singing the song “Weightless” in the movie but when Peggy Holmes and Jenni Magee-Cook heard her sing they felt that she sounded like how they imagined Zarina would sound if she sang. They were excited to offer Natasha The Pirate Fairy Theme Song “Who I Am”

I hope you pick up the new Disney Fairies DVD on April 1st, your kiddos will love it.