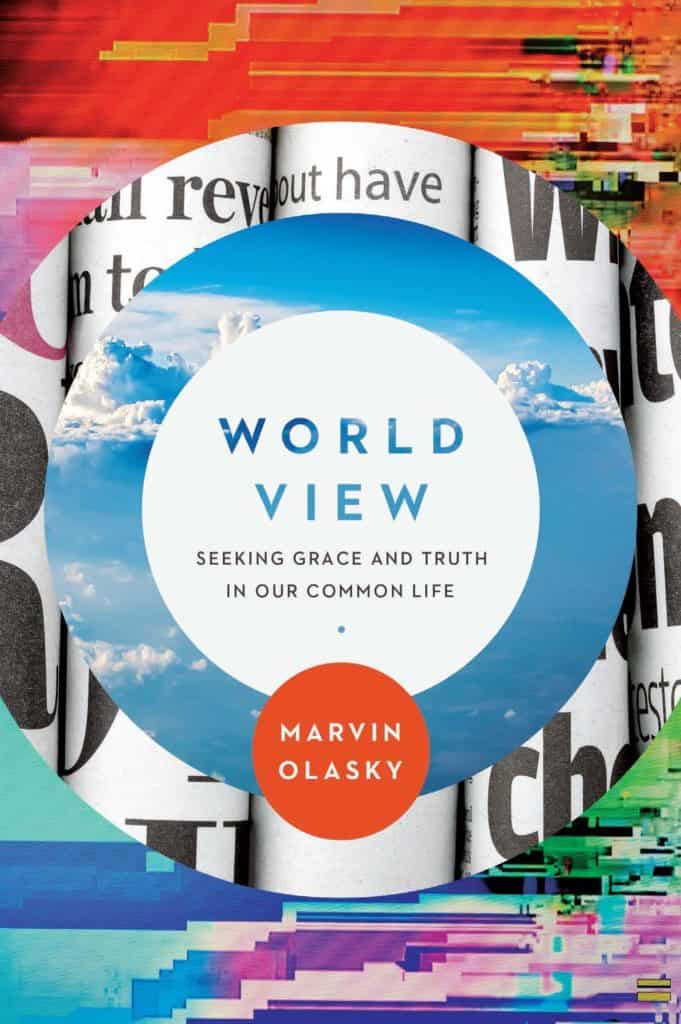 Are you a conservative Christian, longing to bring Scripture to bear on current events but looking for reasonable guidance from a seasoned counselor? Conversely, are you a liberal who tends to look at current events and lump all evangelicals into a box labeled “red-faced screaming hypocrites”? Either way, I’ve got a book for you!

World View:Seeking Grace and Truth in Our Common Life is a collection of editorials published in World Magazine by its editor-in-chief, Marvin Olasky, between 1997 and 2016. Olasky brings impressive creditentials to his job, but most importantly, he brings a thoughtfulness and civility to his discourse that is too often lacking in our world today. 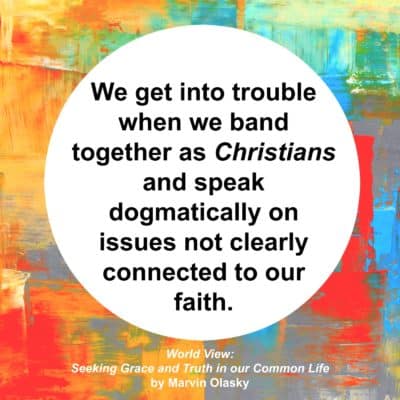 As you might expect from the editor of World, Olasky is quite conservative. He thinks government should be small; he believes that America is exceptional in the history of the world; he is enthusiastic about homeschooling your kids or sending them to Christian schools. However, he argues these points calmly. I appreciate the distinctions he makes between issues, stating clearly that there are certain issues where believers can disagree and both support their positions from the Bible. He is compassionate about transgender people, and encourages Christians to not live in bubbles of their own making (in spite of his advocation of homeschooling) but instead to be part of the world around them. He is pro-immigration. Conversely, he very much believes that the best way out of poverty is simply hard work, which I believe can be true but is also somewhat naive about the causes and effects of growing up in poverty today (with bad schools, absent parents, institutionalized racism, etc)

Because this is a “best of” collection of editorials written over the span of a couple of decades, unsurprisingly there are shifts in view. For example, in the three articles on race, written between 1997 and 2008, there is movement. In the one written fir 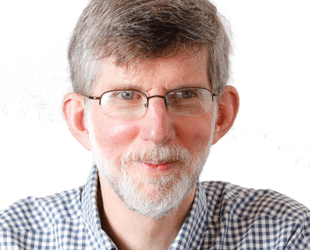 st, Olasky talks about the “soft bigotry” of low expectations and calls on blacks to stop doing drugs and crime, essentially. (I’m paraphrasing wildly) But in the most recent of the three, he recognizes the insidiousness of institutionalized racism, and talks about issues faced by his own adopted son.

His three editorials on the issue of immigration, all written in the early 00s, don’t show such movement. Overall they are balanced articles, supportive of immigration (as biblically you pretty much have to be), but he makes some statements that had me scratching my head a bit.

You might be guessing from my review that I’m not as conservative as he is, and you’d be right. We’d agree on a lot of things but we’d disagree too. In one article, “Political Humility,” he uses a metaphor of whitewater rapids to explain his view. Some issues are Class 1 or 2, which have clearly stated Biblical views (example: murder, rape). Others, in Class 5 or 6, are open to interpretation, and good people can reach wildly divergent views. I appreciated this a lot, as I believe strongly that neither American political party is Christian and that therefore, we should expect to find Christians in both parties.

“Truth without love is like sodium without chloride: Poison, not salt,” says Olafsky, and he tries to balance both. Regardless of whether or not you agree with him, he’ll challenge you and make you think. You may not agree with his conclusions, but you’ll appreciate the thoughtfulness that has gone into them, and the grace with which he presents them.