Have you ever had a Caesar drink? This tasty cocktail is often called a Canadian Bloody Mary. In Canada, summer means Caesar season. But if you live anywhere else in the world, you might not have any idea what a Caesar is — let alone how to make one. Thanks to French’s for inspiring and sponsoring the video we made for this post. 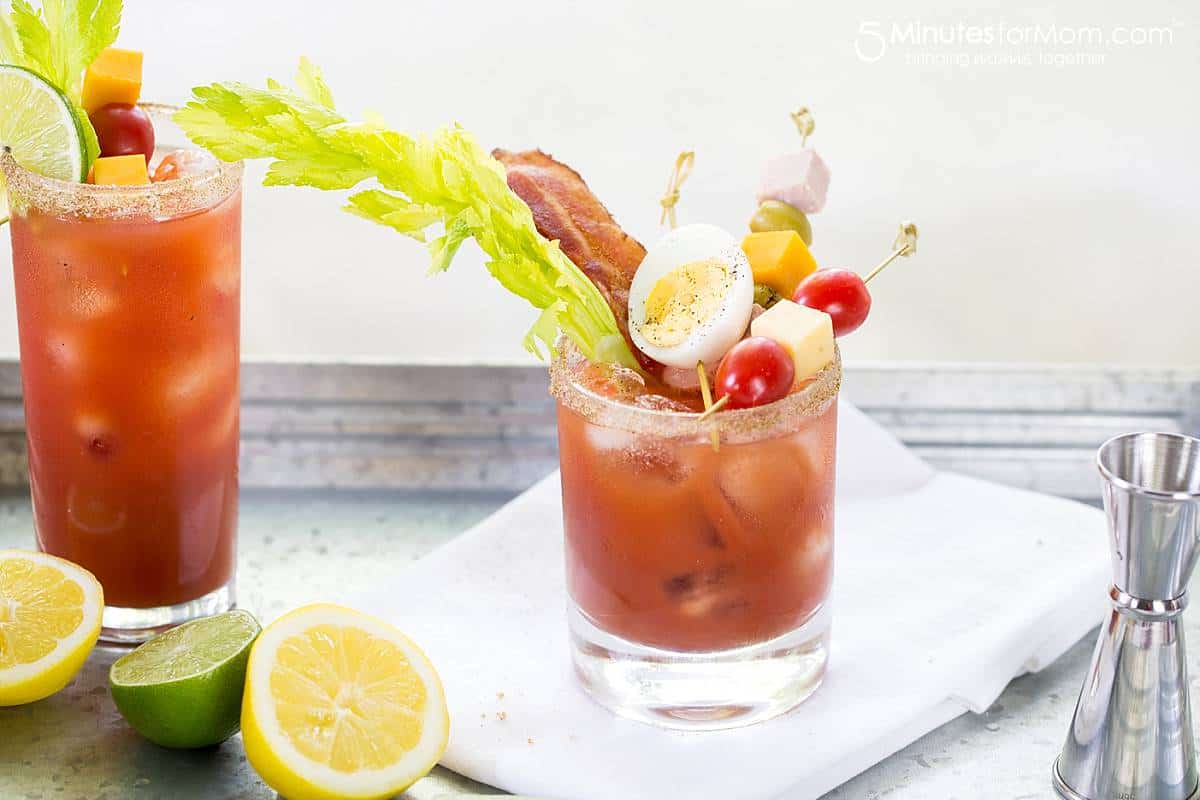 Considering that the Caesar is one of the most popular cocktails in Canada, it really is quite shocking how its popularity hasn’t spread too far past our borders.

So if you haven’t heard of this classic Canadian cocktail, the short story is the Caesar, also sometimes called a Bloody Caesar, is the Canadian version of a Bloody Mary.

But besides its Canadian heritage, if you are wondering what the difference is between a Caesar and a Bloody Mary – the answer is CLAM nectar.

This summer we have a secret to mixing up the ultimate Canadian summer drink – the French’s Caesar.

I am so thrilled with this Caesar mix because French’s Caesar is made with 100% Canadian tomatoes, it has NO artificial colours or flavours, no added MSG, and NO glucose-fructose or high fructose corn syrup. 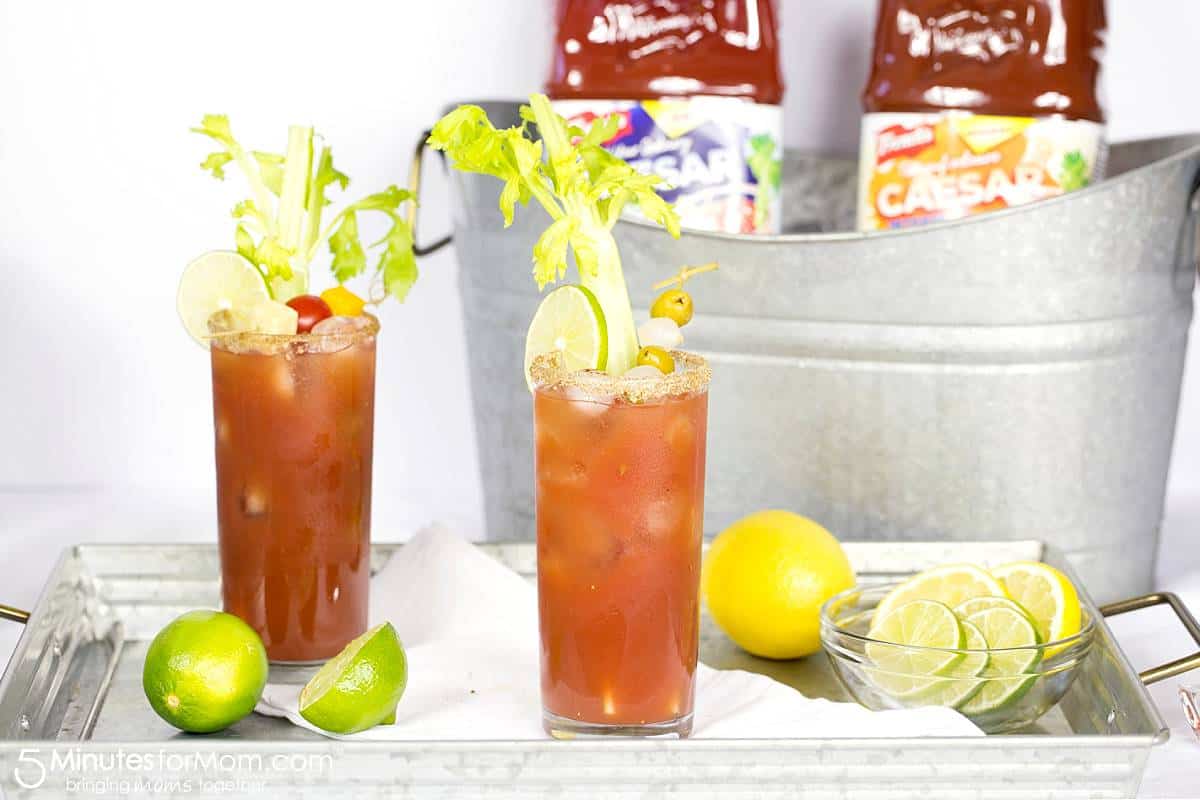 Isn’t that just fabulous? Don’t you just wish all of our food and drinks were made with no artificial colours or flavours, no added MSG, and no high fructose corn syrup!?!

The History of the Caesar

If you have read my recipe for Irish Soda Bread, you know that I like to delve into the history of recipes. I find it fascinating to know how iconic recipes were developed and evolved over the years.

The Caesar has only been around since 1969. It was created by restaurant manager Walter Chell of the Calgary Inn.

Inspired by the Italian dish of Spaghetti with Clams, Chell decided to make a drink based on the flavour combination of tomatoes and clams. He spent months perfecting his new drink and soon his Caesar became the signature Canadian cocktail.

But don’t worry – you don’t need to start mashing clams to make clam nectar as Chell did – French’s has done all that work for you. So the foundation of your Caesar is all ready for you.

How to Make a Caesar Cocktail 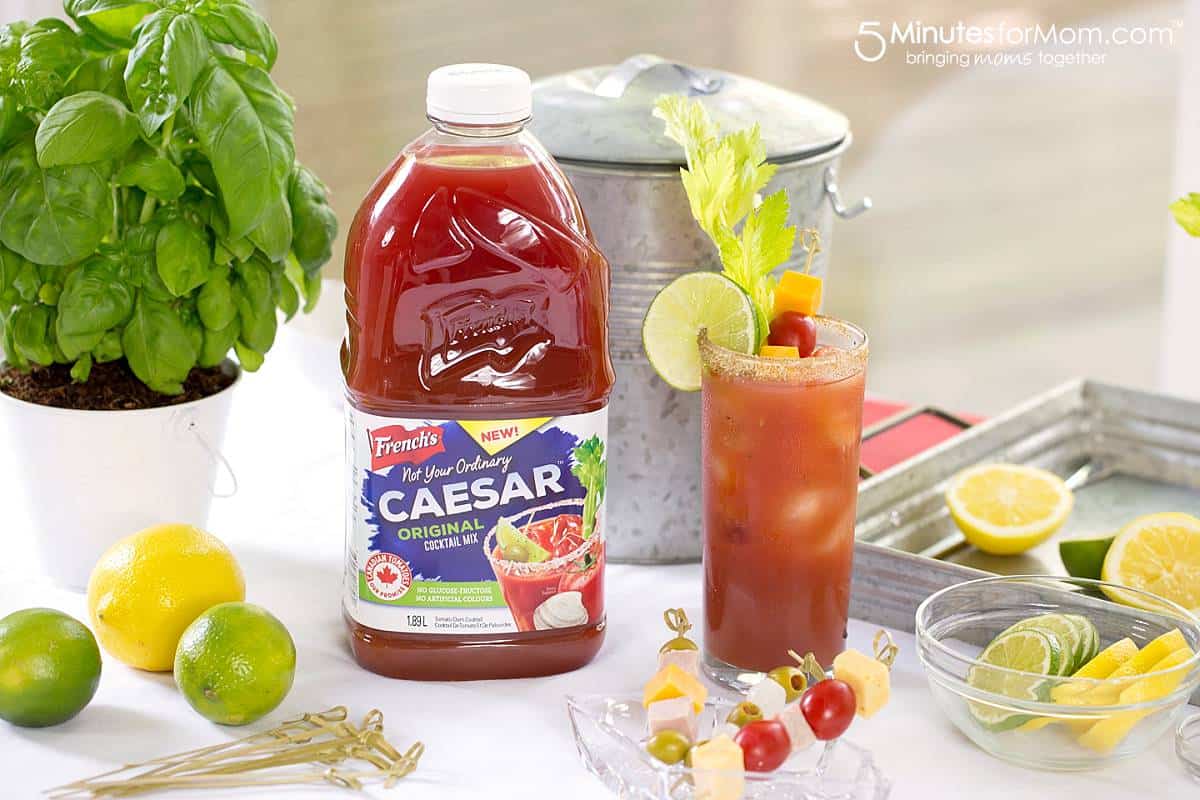 One of the best parts of making a Caesar is making it to your own taste and style. You can keep it simple and classic or go all out with added flavours, spices and garnishes.

First, prepare your glass by rubbing a lemon or lime around the outside edge of your glass. Then roll the outside rim in celery salt – or your own variation of rimmer.

Next, fill your glass with ice. (You can make your Caesar in a shaker or directly in your glass filled with ice.)

I like to add some fresh lemon and lime juice to my Caesars. Then stir and garnish with a celery stick and lime.

But, as I said, it is fun to personalize your Caesar with your favourite flavours and garnishes. 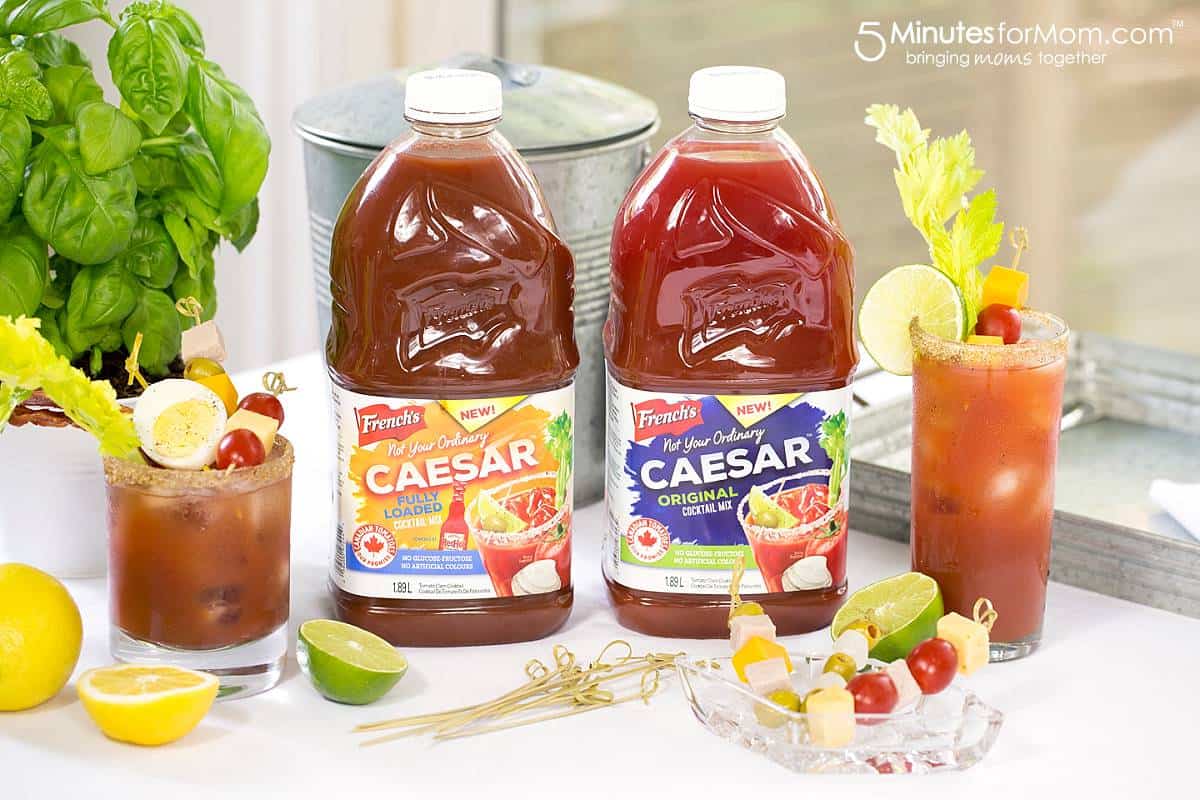 You can add barbecue sauce, barbecue spices, paprika, horseradish – whatever you dream up.

And when it comes to garnishes, you can go crazy. Olives, pickles, peppers, tomatoes, cheese, asparagus, shrimp… Have fun coming up with your own creations. 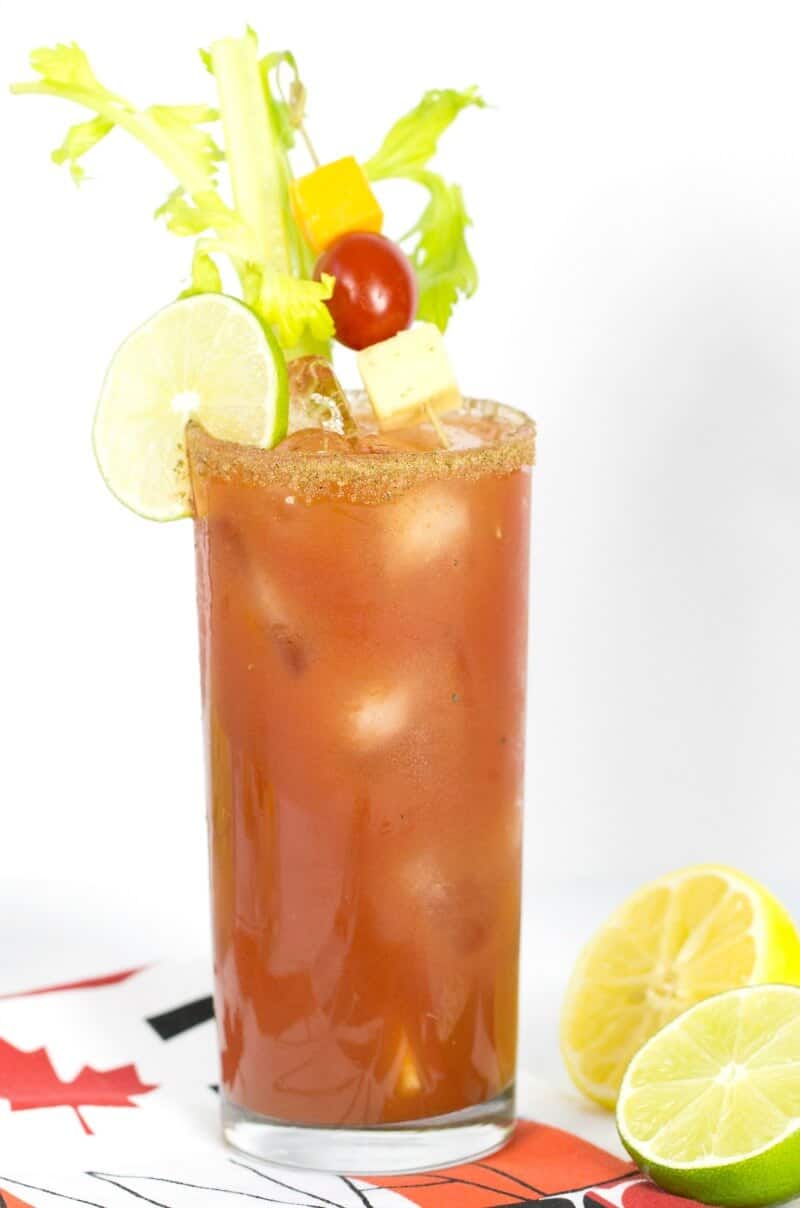 For a brunch Caesar, how about a Bacon and Egg Caesar? 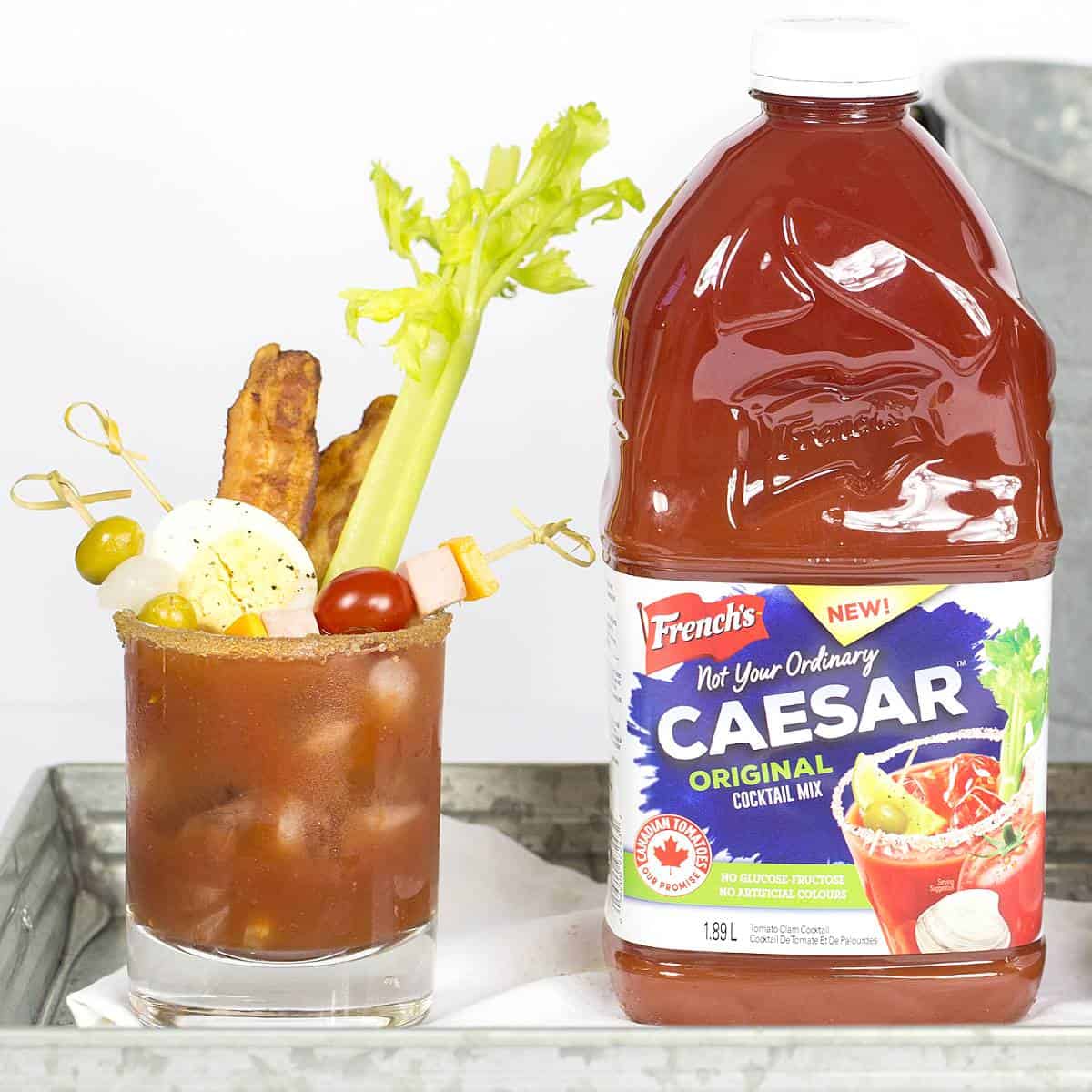 Just grab your favourite French’s Caesar Cocktail Mix, tailor your drink to your liking and top with crispy bacon and hard boiled eggs.

There you go – now you know how to make a Canadian Caesar with the the new French’s Caesar Cocktail mixes. You can also watch this video on our YouTube channel.

Now you are ready to infuse your summer entertaining with the ultimate Canadian summer drink. Cheers! 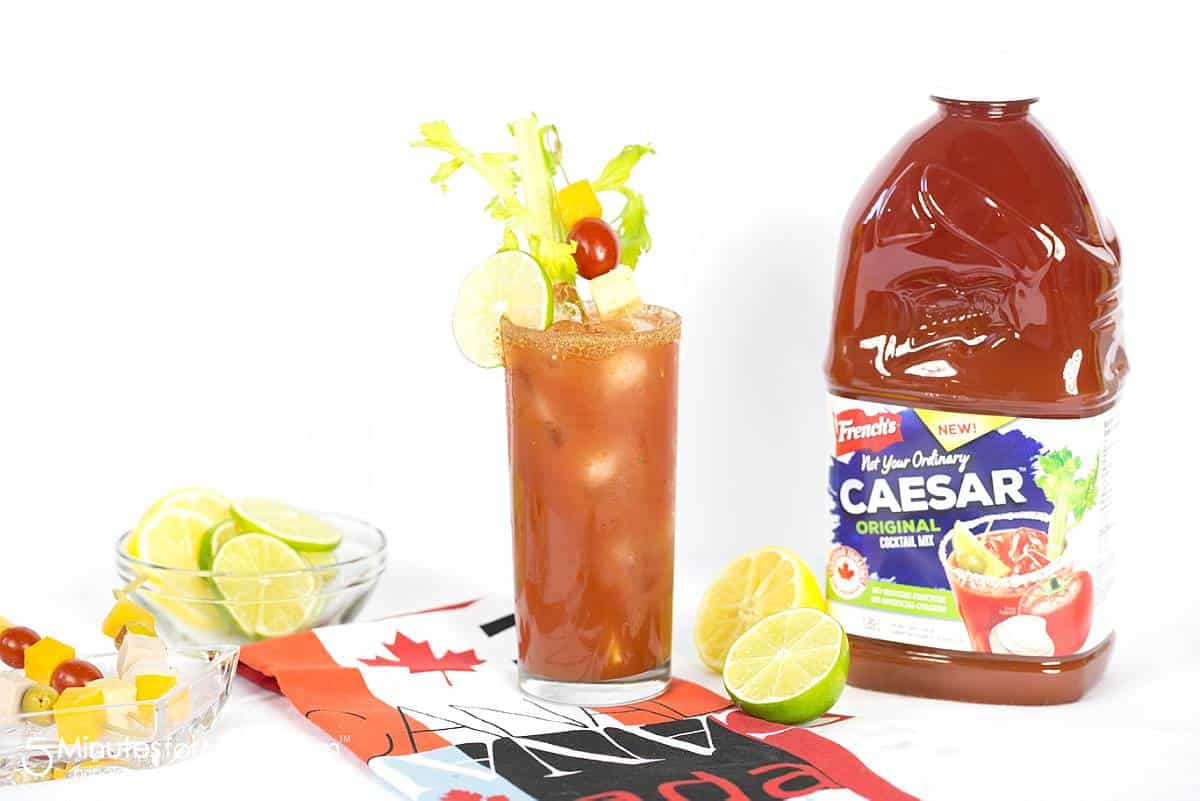 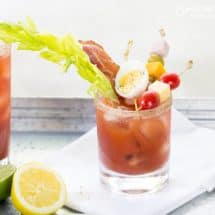 How to Make a Caesar -- aka a Canadian Bloody Mary

The Caesar is a classic Canadian cocktail made with a base of tomato juice and clam nectar. For this recipe I used the new French's Caesar Cocktail Mixes which provide the tomato juice and clam juice base.
5 from 3 votes
Print Pin Rate
Course: Drinks
Cuisine: Canadian
Author: Janice Croze Pin It for Later 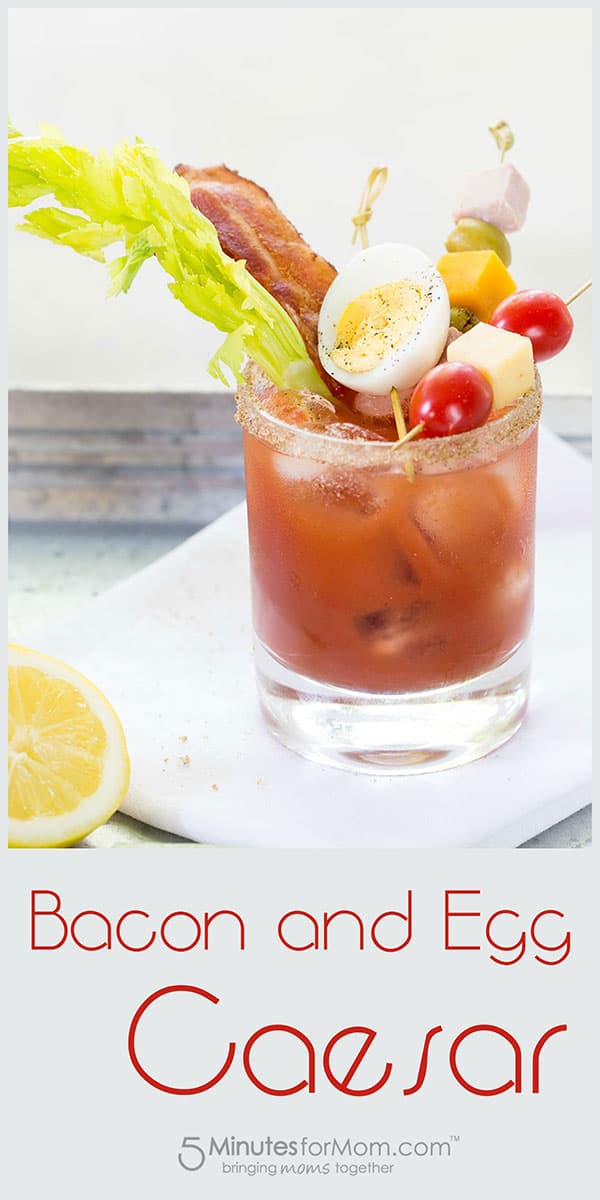 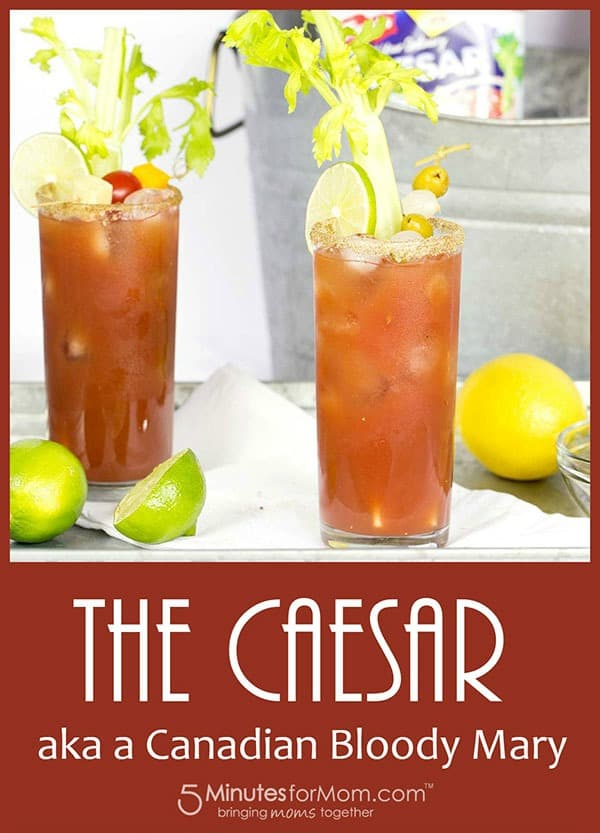 ShareTweetPinPocketMail
Join the #WeLoveMoms Twitter Party for Canadians May 25th, 9pm ET
Around the Blogosphere – Add YOUR Giveaway Link #Giveaways