If you read my Twitter stream, you may already know that my toddler Olivia is obsessed with Ice Age. Seriously. Obsessed.

Here is a little You Tube video I shot of her tonight when she asked me, for the millionth time, to watch Ice Age. She was so cute I just had to show you. (She used to call the movies, “Tiger and Elephant,” before she learned the title, “Ice Age.”)

We have watched Ice Age and Ice Age II over 100 times or more around here. Jackson has it memorized and recites it as it plays.

So, I am looking forward to the release of Ice Age III as much as my kids are. I love to listen to them scream with laughter at the characters’ crazy antics. But I also would really love a new storyline as I am getting a little tired of watching the other two over. and. over. again. 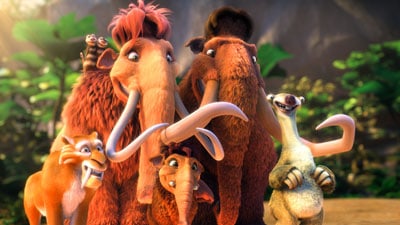 Considering my kids are in love with the Ice Age movies, you would think that I would have taken them to see Ice Age III in the theaters. Well, I meant to! But time has a way of zooming by and we just didn’t get to the movies in time. Besides, I knew once it came out on DVD I would have to watch it hundreds of times with my kids! 😉

I imagine that the third installment is as hilarious and entertaining as the first two. (I haven’t received a review sample yet, so I can’t tell you for sure!) 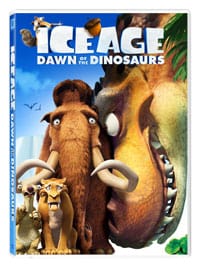 ShareTweetPinPocketMail
Join Our Most Important SnazL Stories Party!
I Told Her I Loved Her Butterfly Dress