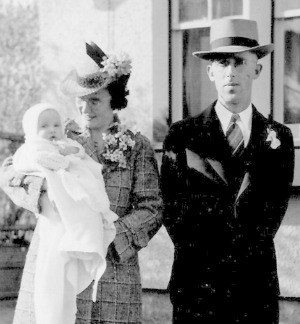 My Nana was my mother’s mother.

Born in 1906, she was a true product of her time — a hard working mother and wife who never complained and lived to serve.

Her husband suffered terribly from a sad and sickening case of alcoholism that paired with his chain smoking eventually led to his early death from throat cancer.

Can you imagine living 33 years as a single, retired woman? How could she afford it?

The answer is… she couldn’t.

I didn’t know much about my Nana’s financial story until last night when I started talking to my mom about this campaign we’re running with Genworth Financial.

I called up my mom and said, “Mom, I’m writing a post about Long Term Care and I don’t know anything about it. Do you have Long Term Care? Did Nana? How long did she live without any income? How did she afford to live? Who paid for her nursing home?”

I was full of questions. I’d never thought of the cost of Nana living so long and suddenly I wanted to know the whole story.

My mom and I talked for a couple hours and she told me stories I’d never heard before about her childhood, her parents’ marriage, her father’s death and her mother’s financial struggles. 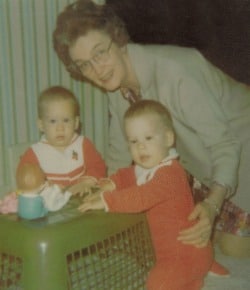 When she did retire from a paid job, she worked as a volunteer for more organizations and charities than anyone could keep track of. I remember riding along with her as she drove “Meals-on-Wheels” dinners around to folks her own age that needed assistance.

My mom said that you needed an appointment to talk to her because she was always out volunteering somewhere.

As so many women do, Nana looked after everyone else and even used her savings to help her grown daughters and her grandchildren throughout the years.

When she was around 85 years old, Alzheimer’s had taken its evil grip, and she wasn’t safe living alone.

She was moved into a nursing home.

She lived there until she was 93 years old. But by the end she didn’t know who she was or where she was and she didn’t have enough money to pay to be there. 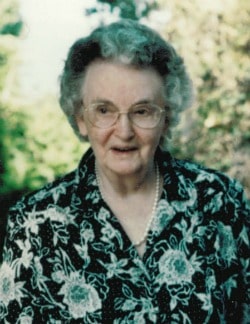 Thankfully, she was safe in a nursing home in Kamloops, BC, Canada at a time when the government was still able and willing to help an old lady cover her nursing home bill.

These days we’re being warned that our governments likely won’t have enough money to bail us out at the end.

That thought scares me.

Could I afford to live 33 years as a single, retired woman? What if there’s no government assistance to help me if I live to 93 and run out of money?

It’s scary stuff… but we need to think about it. As individuals, communities and nations… getting old is expensive business.

Who is going to pay for it?

Disclosure: This post is part of a compensated campaign with Genworth Financial. Together we hope to educate and empower women to take an active role in planning their families’ financial futures.

Written by Susan Carraretto, co-founder of 5 Minutes for Mom.
Wanna chat? Find me at: @5minutesformom, @susancarraretto and Facebook.com/5minutesformom.

ShareTweetPinPocketMail
If It Was Easy, They’d Call the Whole D*mn Thing a Honeymoon, with Giveaway
Photobooks from Shutterfly – 40% Off Promo Code