You won’t believe how quickly and easily you can fold paper stars! In this tutorial, I walk you through each step to show you exactly how to make paper stars. All you need is a square piece of paper or cardstock and a pair of scissors and you can learn to fold these one-cut paper stars in under a minute. 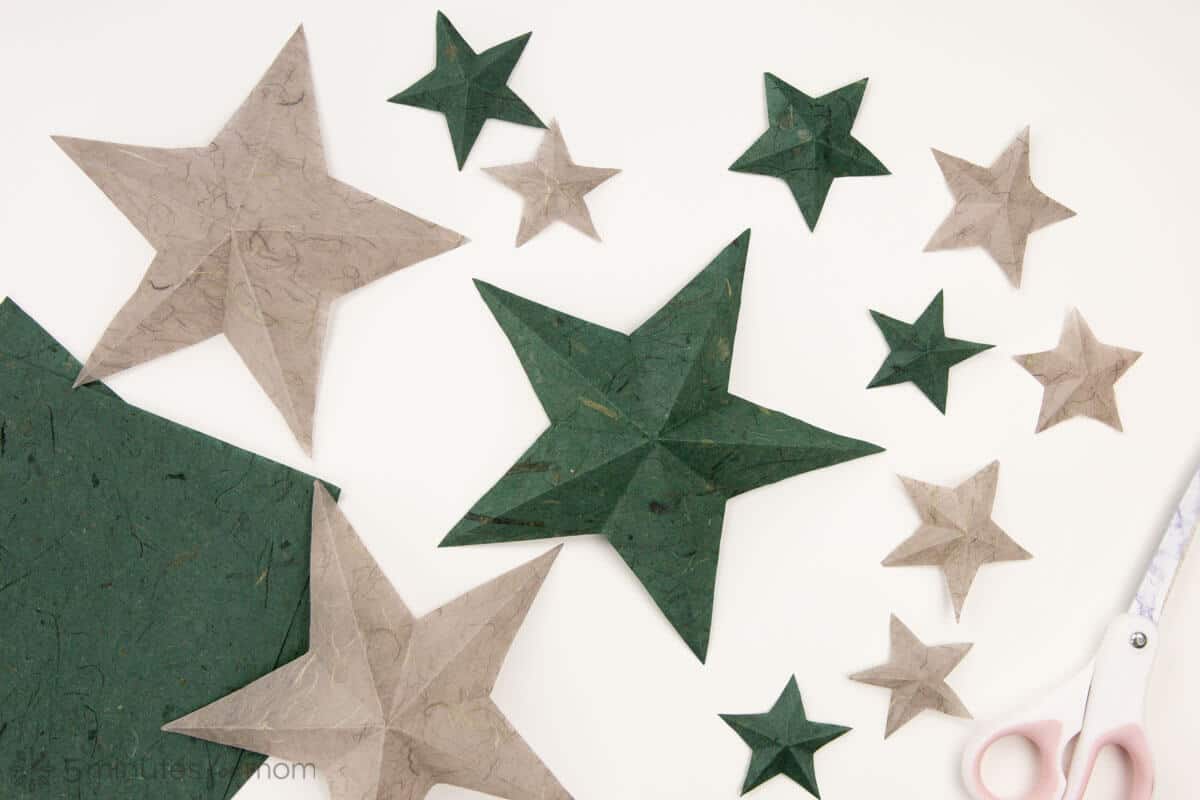 When I was a kid, I always wanted to master the art of origami. I was fascinated by the folded paper creations – but origami books were confusing and I didn’t have anyone to sit down next to me and patiently teach me.

But now we have the internet — and we can learn anything! So I am finally learning how to fold some basic origami and kirigami like this five-point, one-cut folded paper star.

The word origami comes from the Japanese word “ori” which means “folding”, and kami which means “paper” and while it is generally associated with its Japanese roots, nowadays origami refers to paper folding practices from various cultures. While original Japanese origami included the use of cuts, modern origami does not include cutting or glue, and folded designs that use cuts are called kirigami. 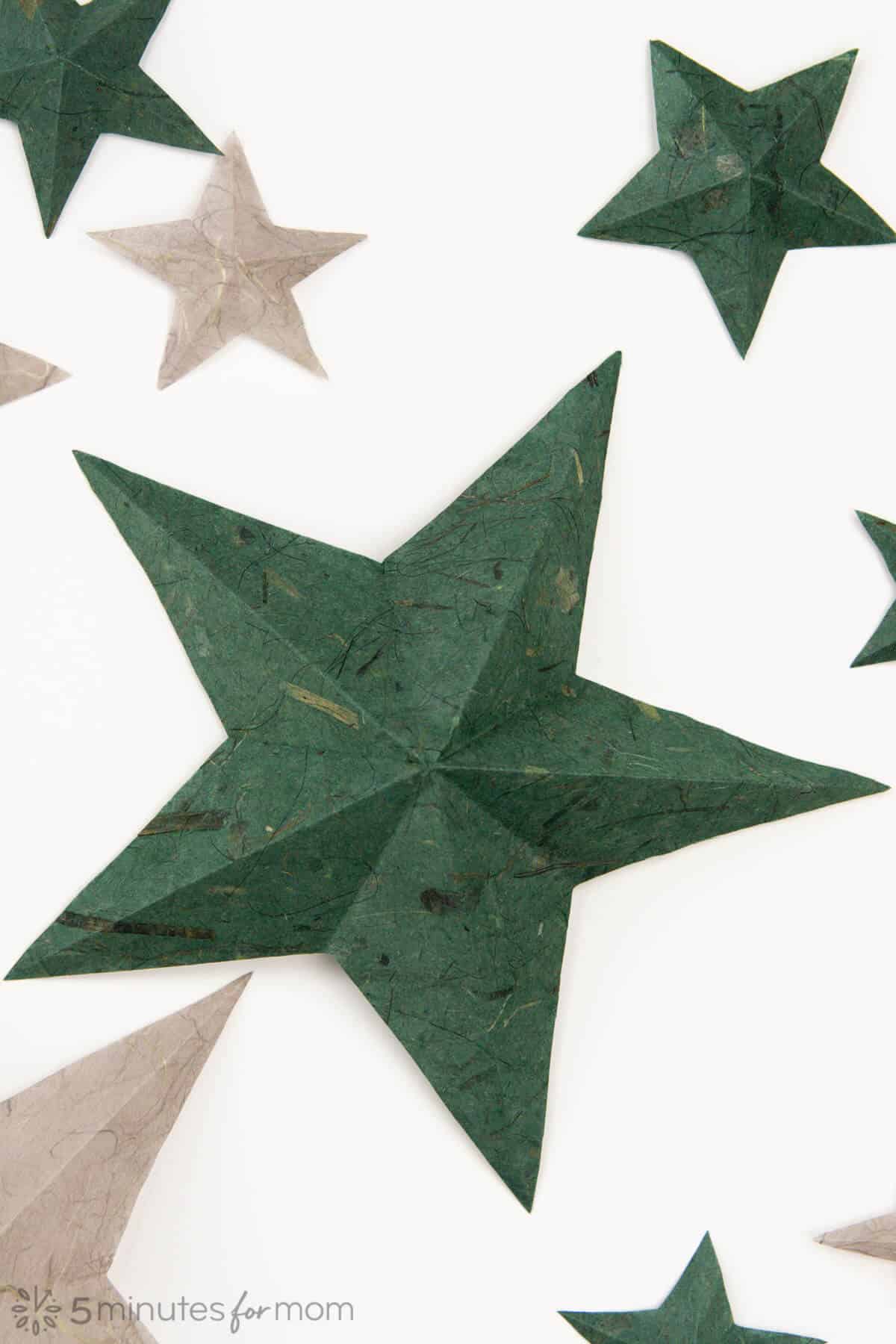 So, if you want to get technical about such matters since this five-point folded paper star design uses a cut to complete the design it is actually kirigami, not origami. But whatever you call it, folding these paper stars is so fun and so easy you won’t be able to stop once you get the hang of it.

I made this video tutorial demonstrating origami star instructions, so you can easily master folding paper stars and I have also included a step by step photo tutorial for additional reference. So let’s get folding…

How to Make a Five-Point, One-Cut Paper Star

Cut a square from a piece of paper or cardstock. 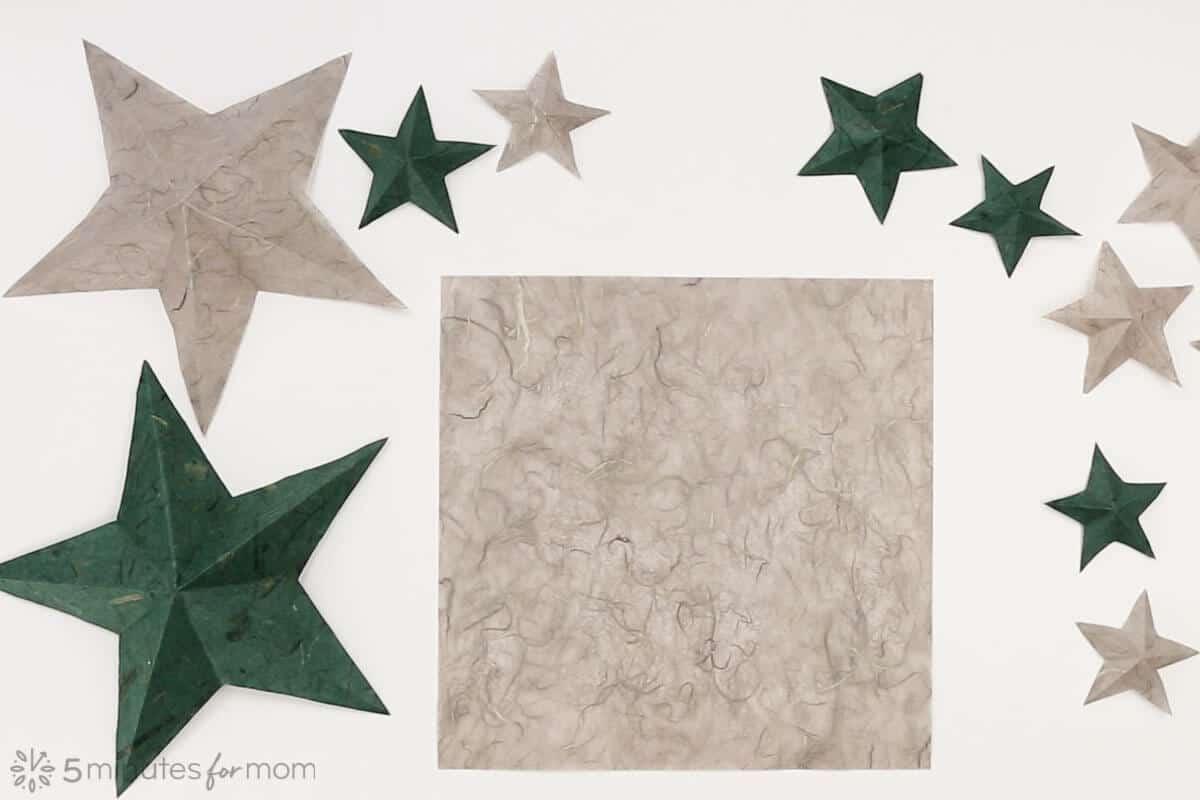 To make these paper stars, I used some handmade paper I bought years ago and had in my scrapbooking paper stash.

I then cut squares from the scraps to make my smaller stars.

Fold the square piece of paper in half with the open edge facing you. 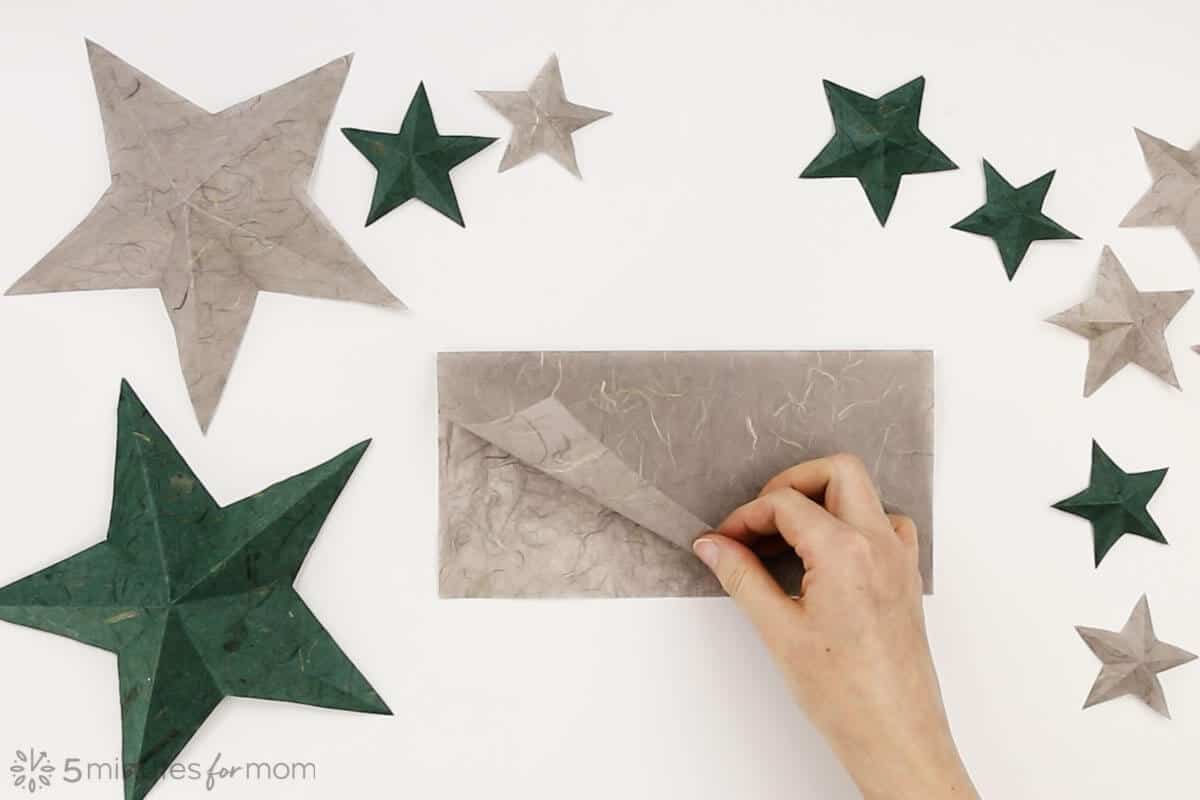 Create a creased intersection to mark the center of the left side of the folded paper. 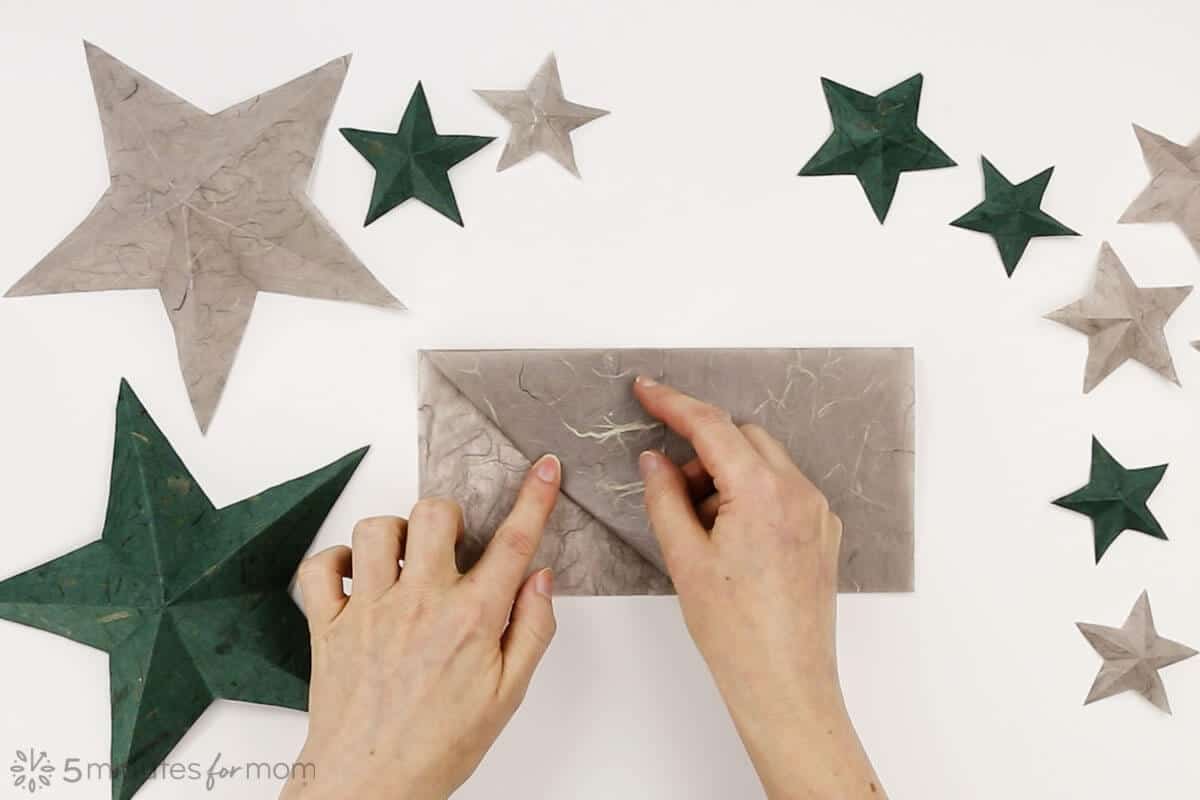 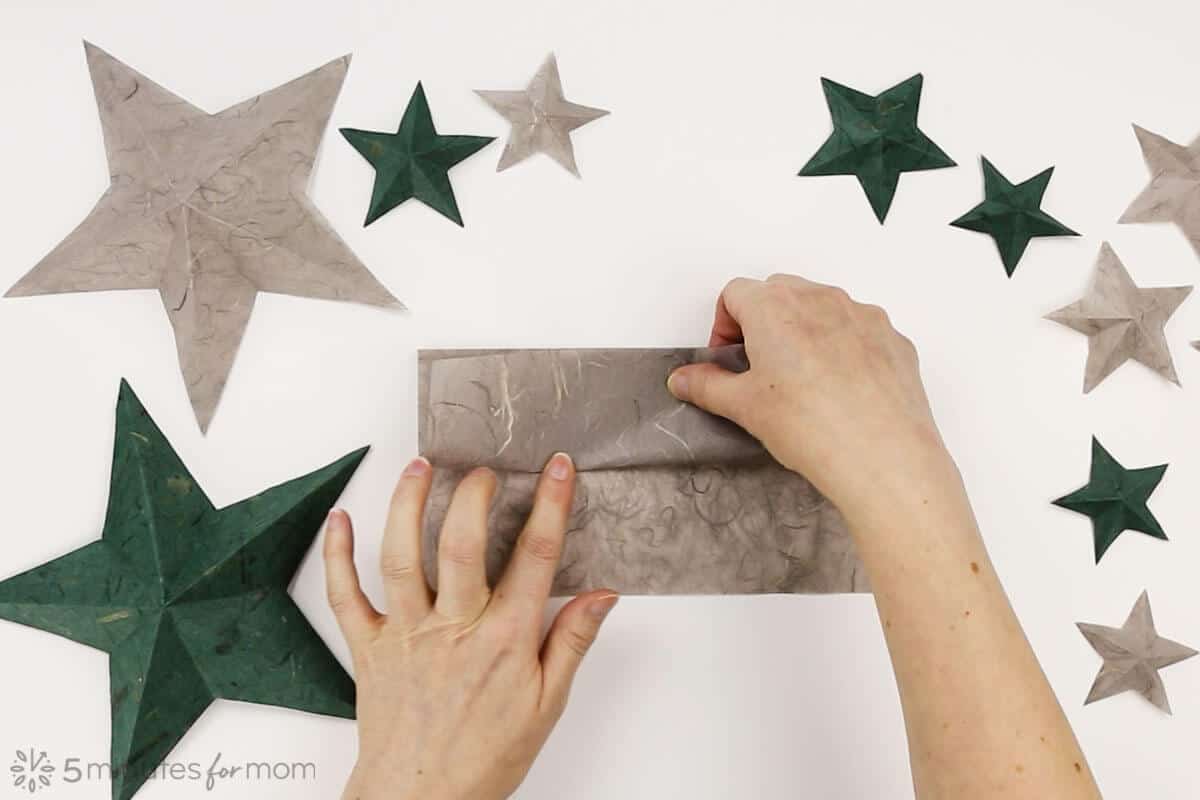 I marked the creased intersection so it is easier to see for this tutorial, but you do not need to mark yours. This part of the paper will be cut off and will not be a part of your star. 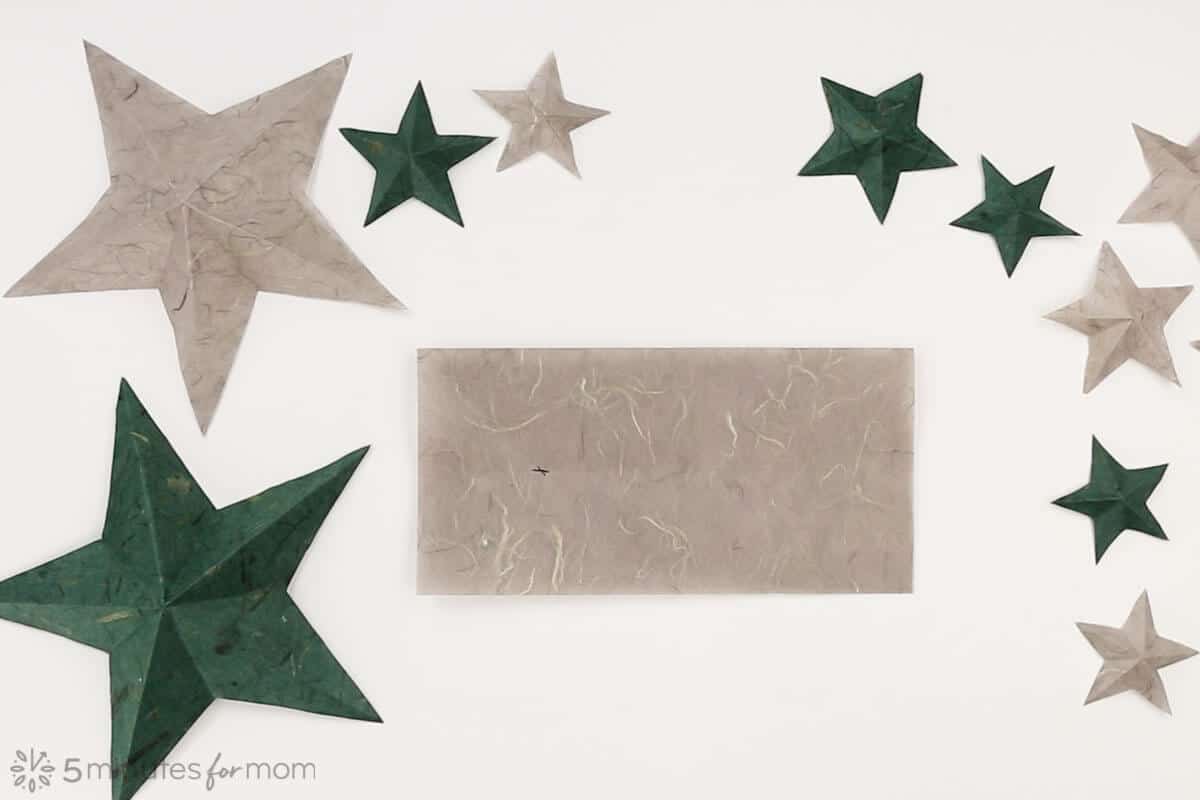 Bring the top right folded corner to the point of intersection and press down folded edges. 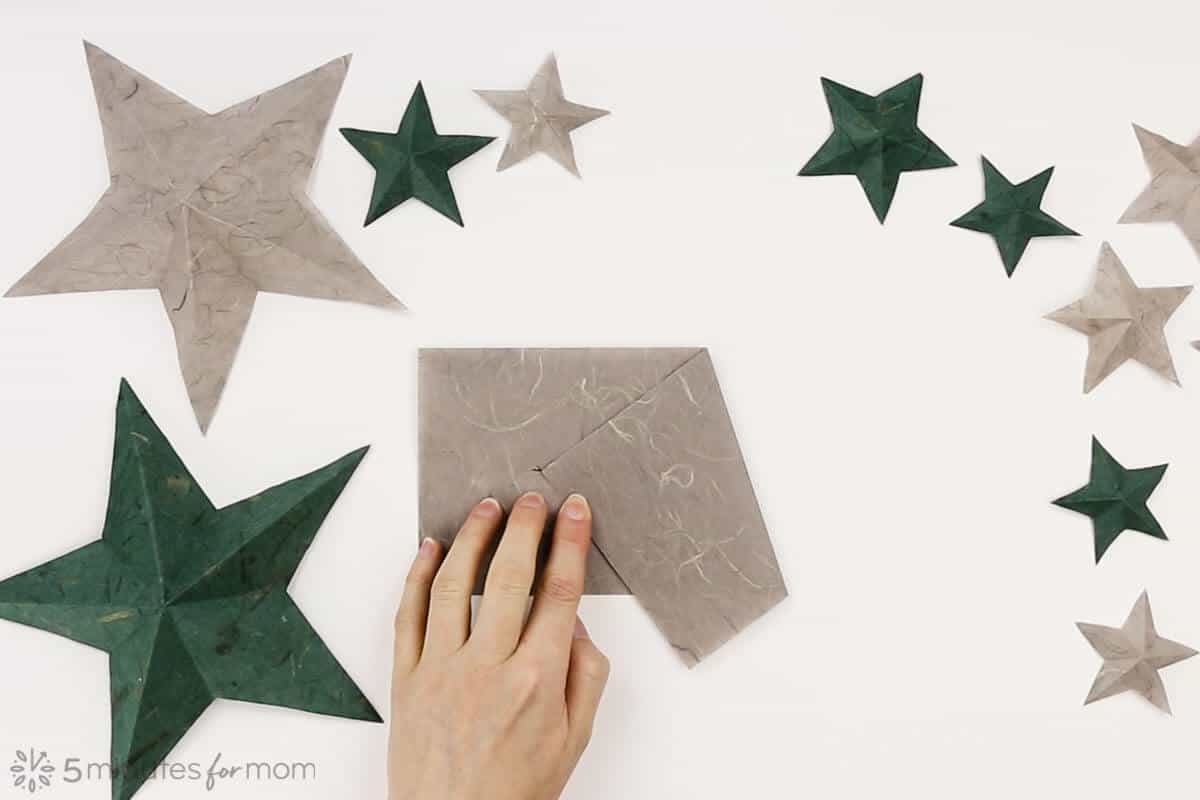 Fold back so the folded edges are flush on the right side as shown below. 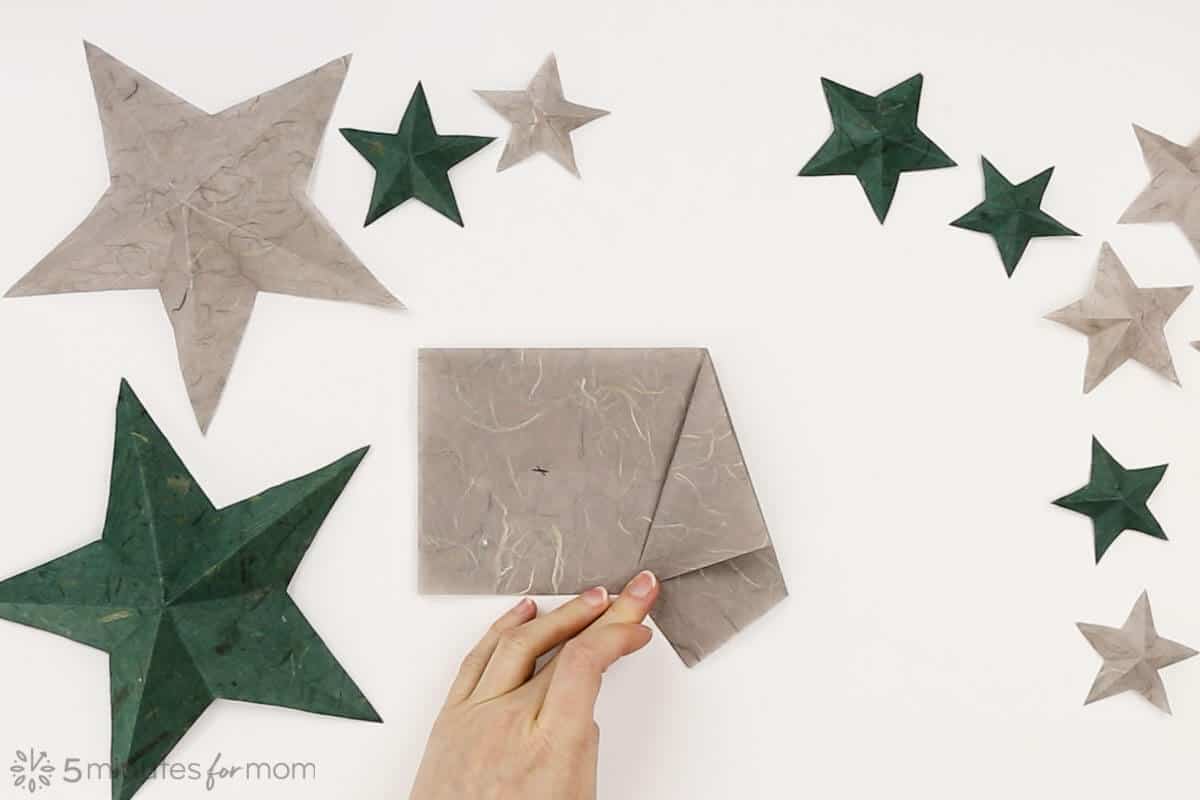 Fold top left corner down to the diagonal folded edge, as shown below. 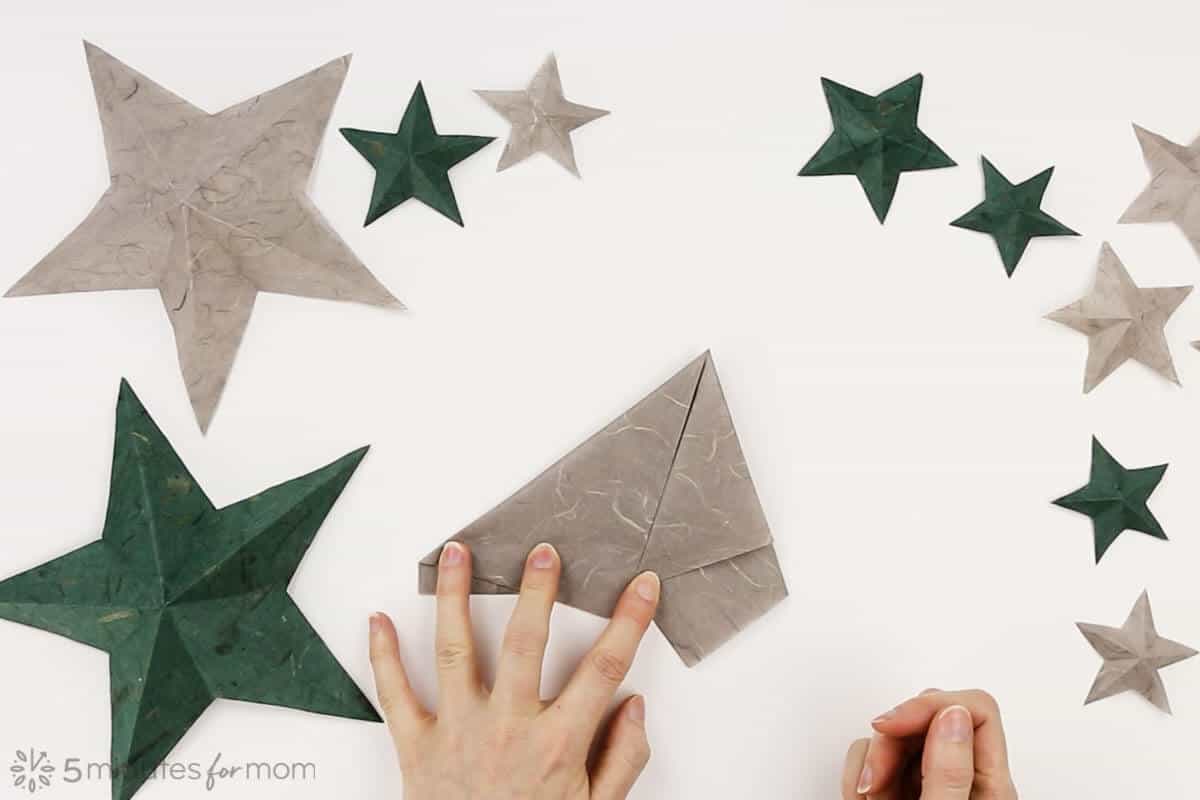 Fold backward along the line where the diagonal folds meet. 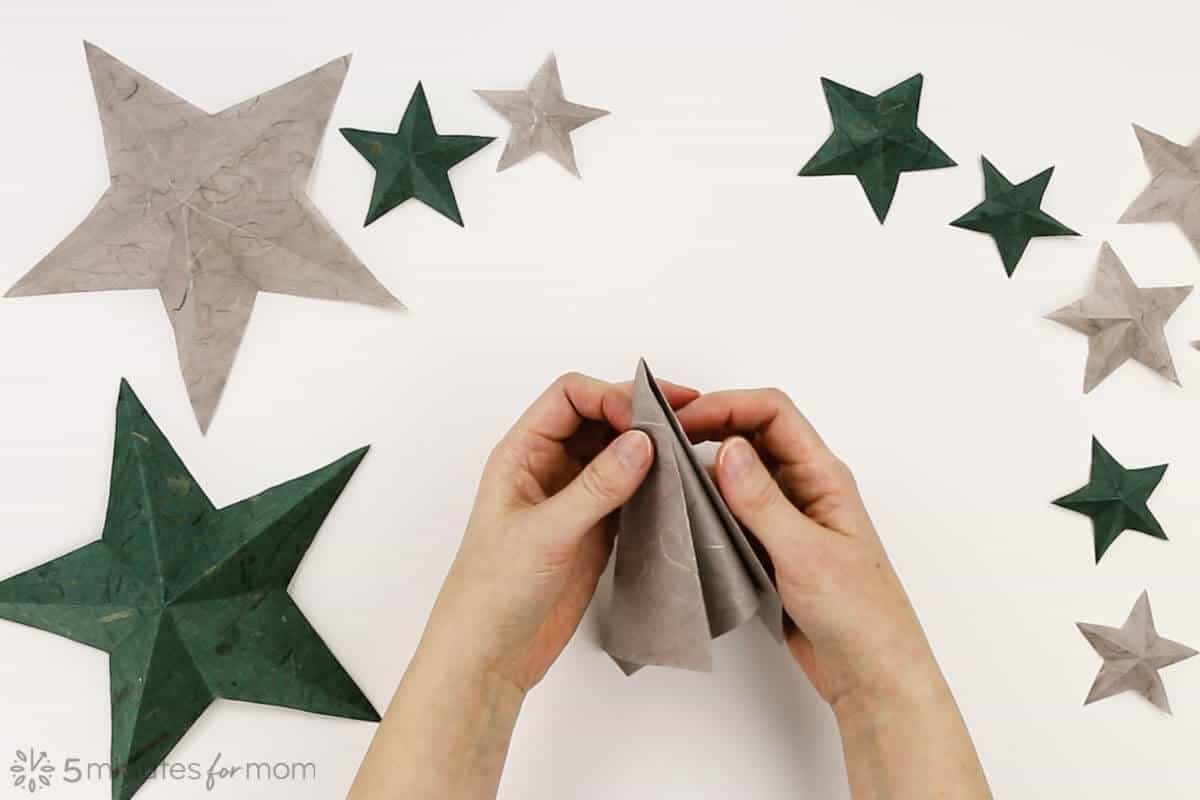 Your folded piece will now have look like the photo below. If you are confused at any time, watch our video tutorial. 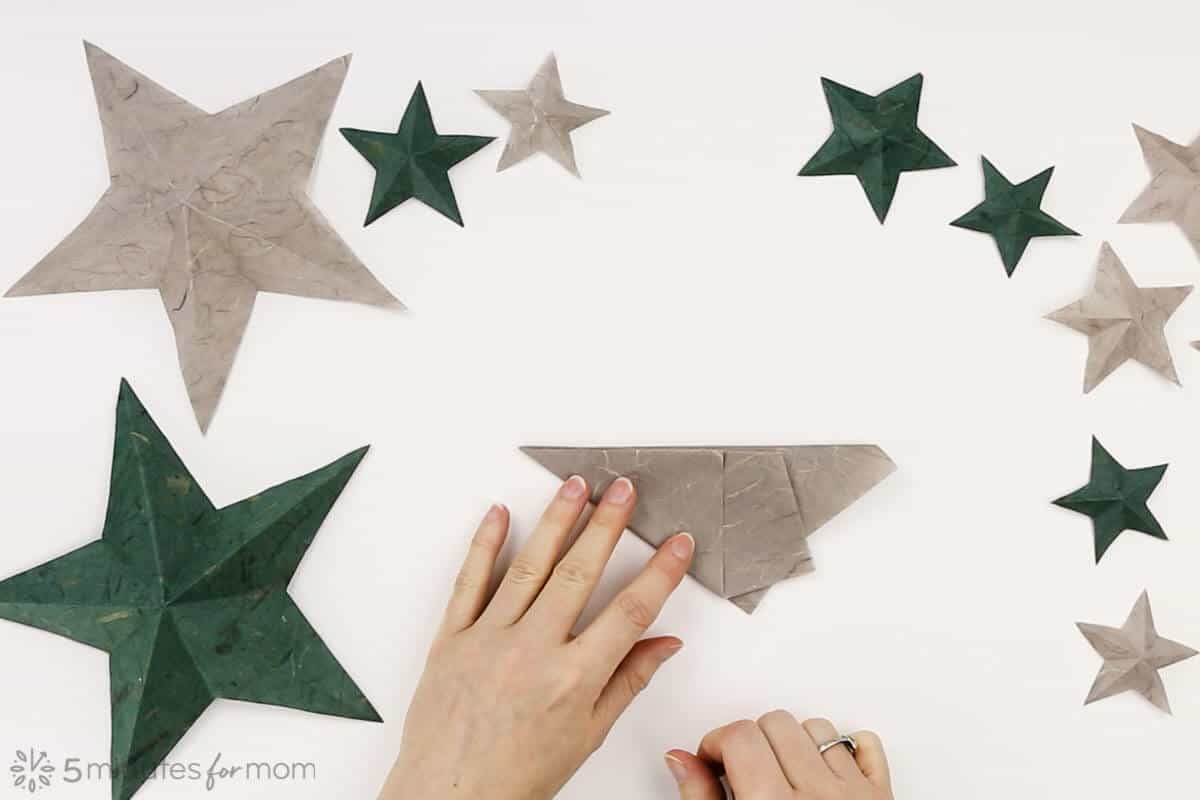 Now, you will make one cut to create the star. Where you make this cut will determine the size and shape of your star. 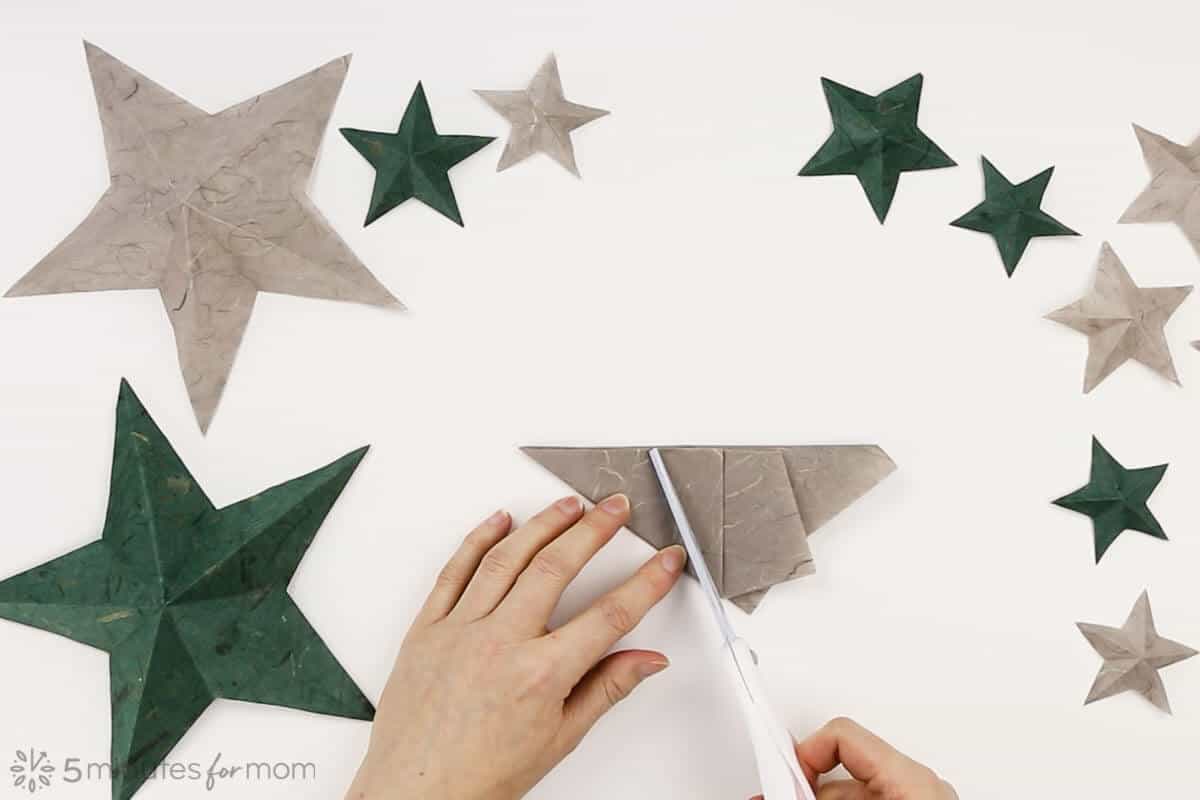 To make uniform stars, you can create a creased cutting line by folding the triangle fold of paper back to the bottom fold, as shown below. 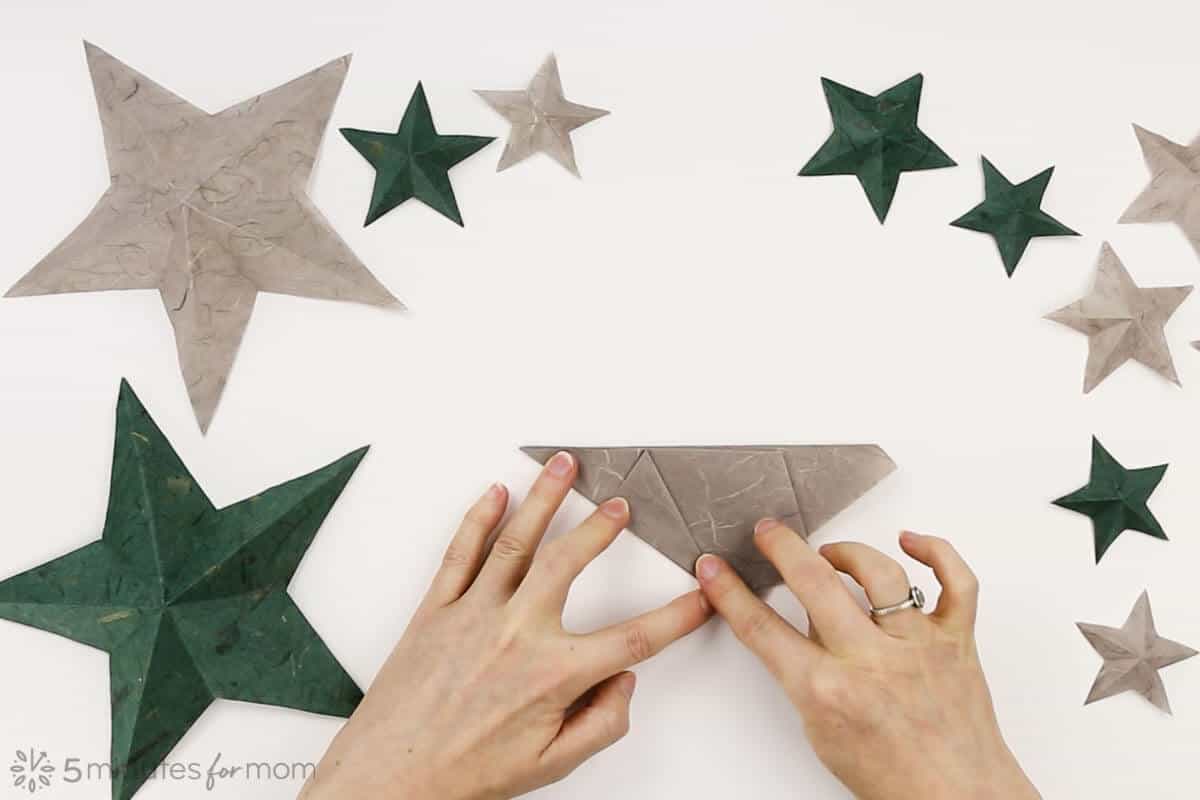 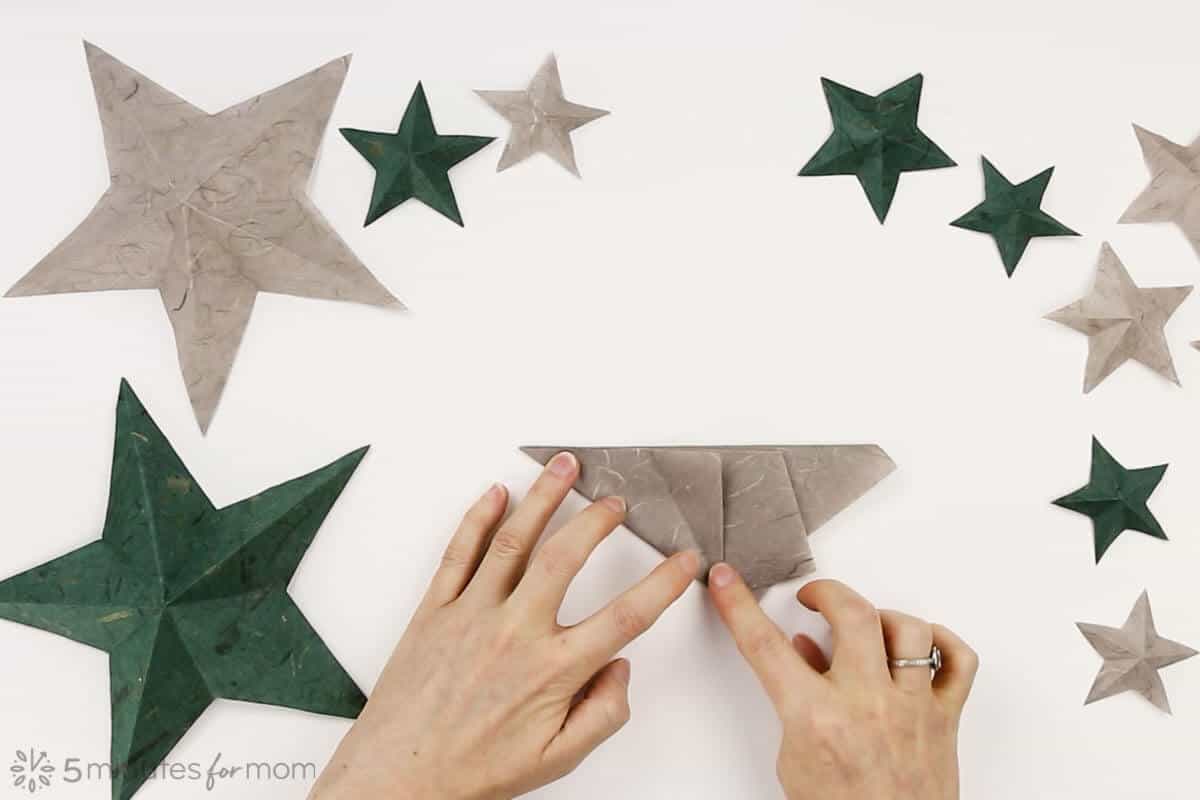 Cut along the folded crease. 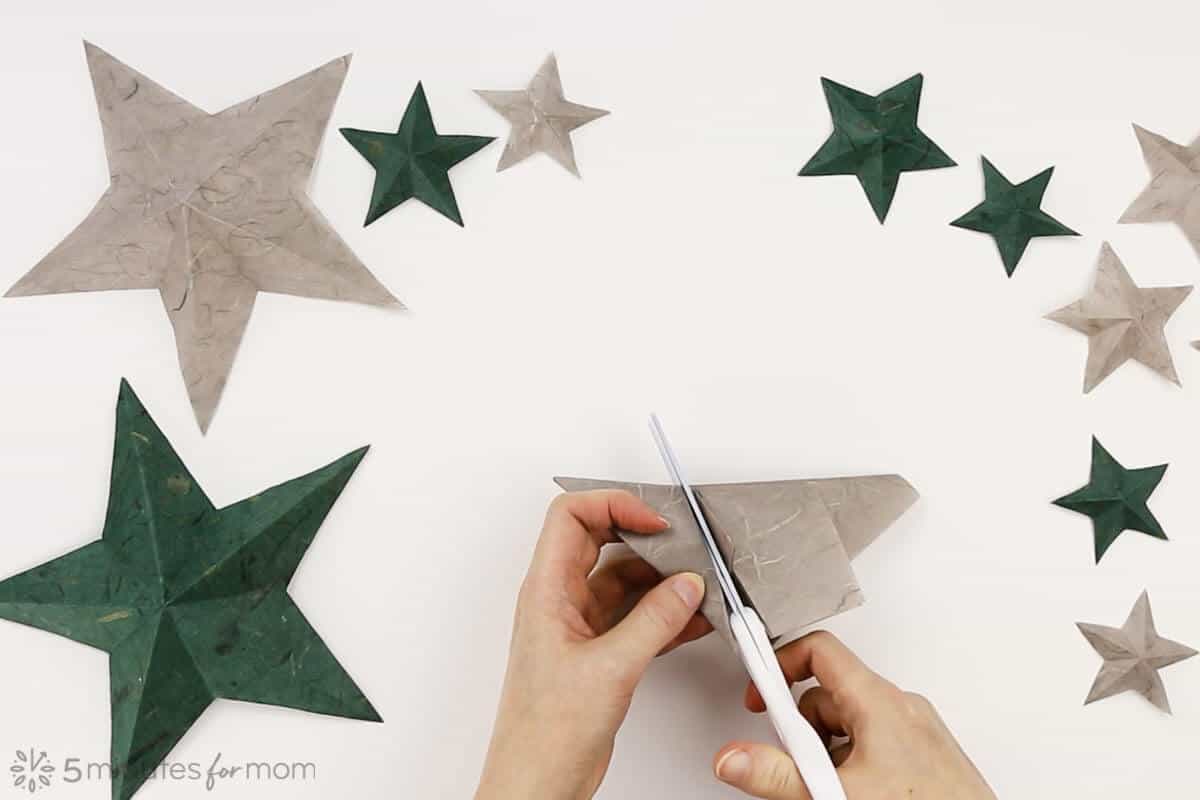 Open the cut triangle to reveal your star and then refold the peaks and valleys that are going in the wrong direction. 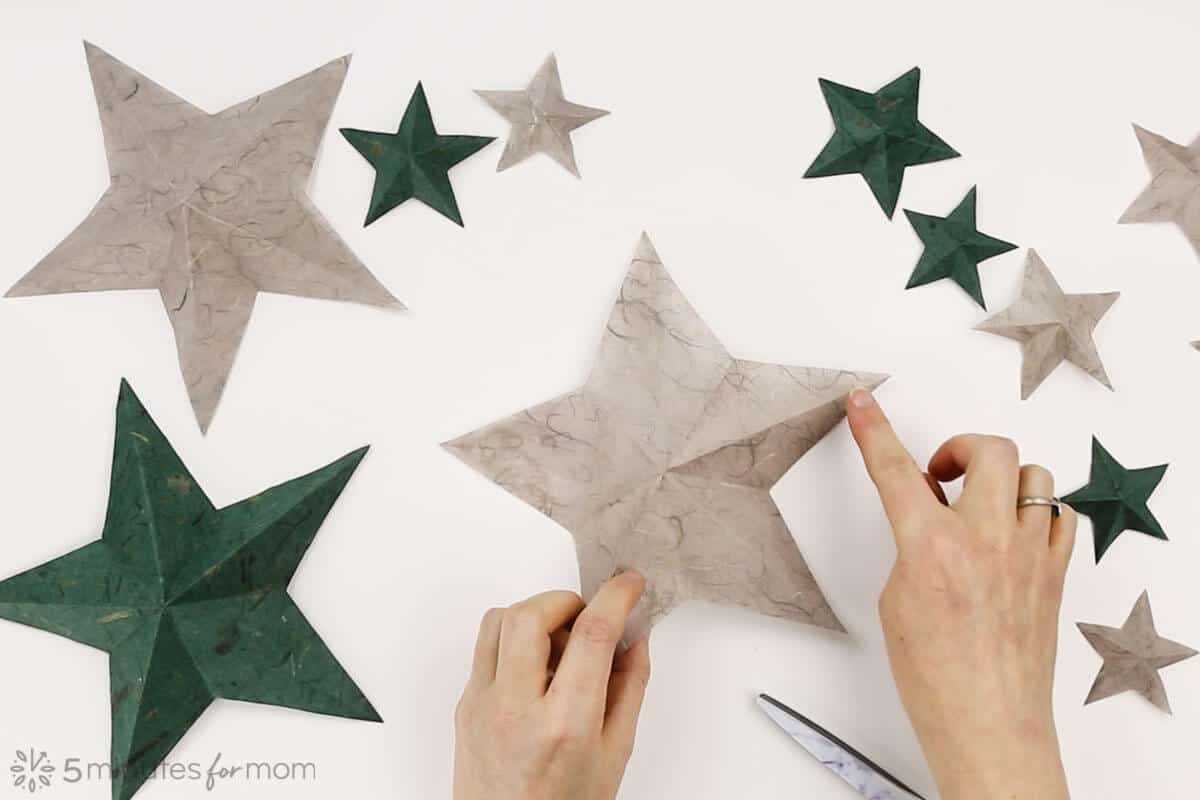 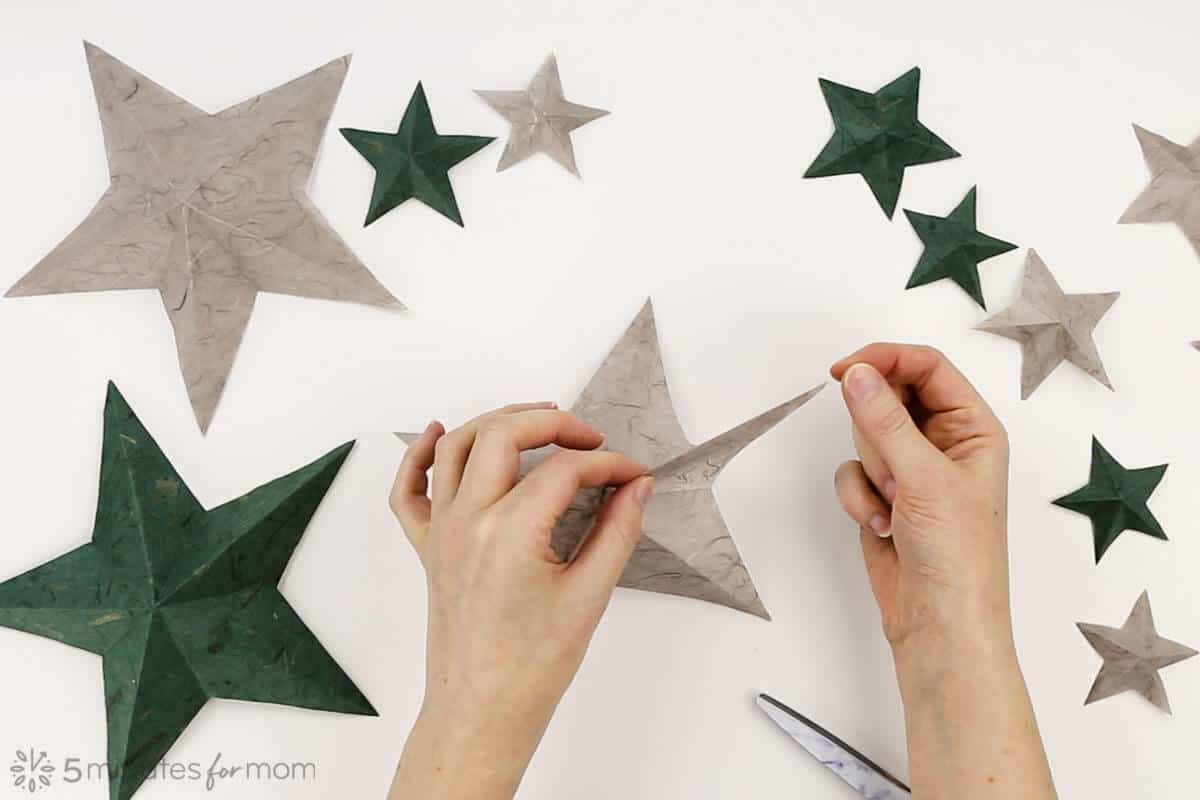 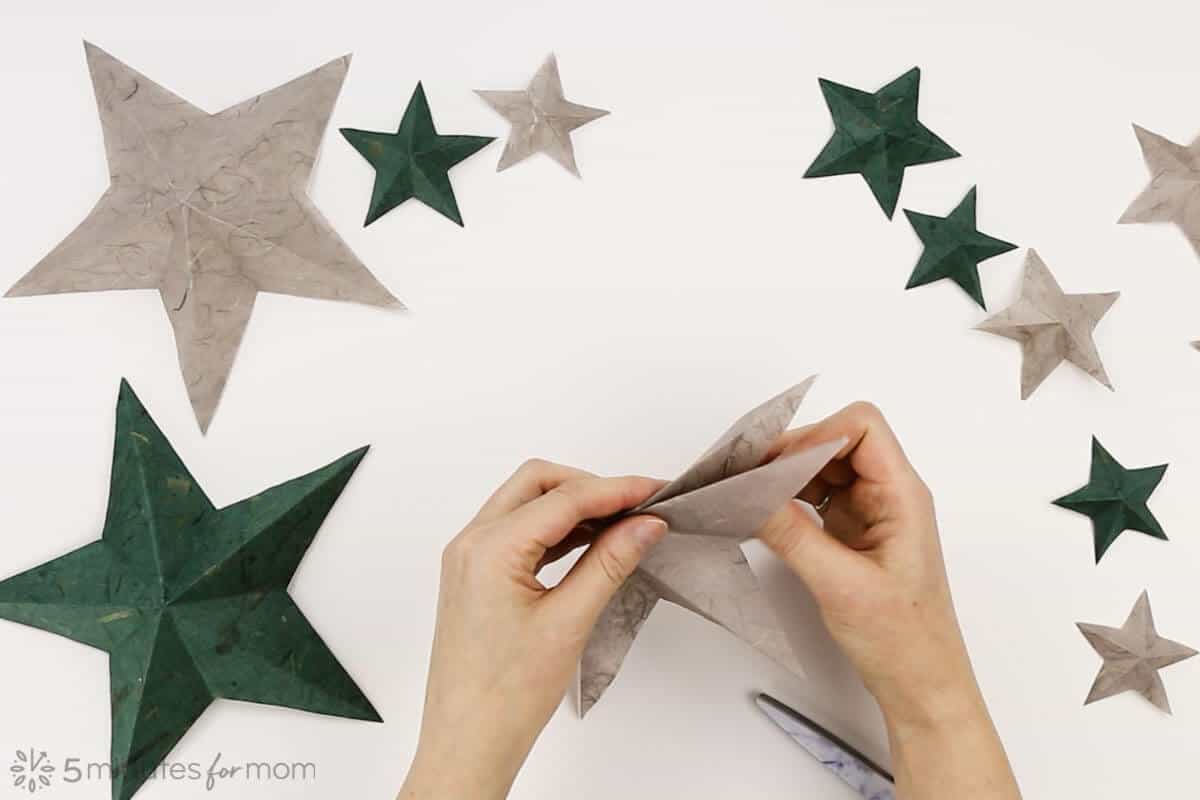 And now your star is complete… 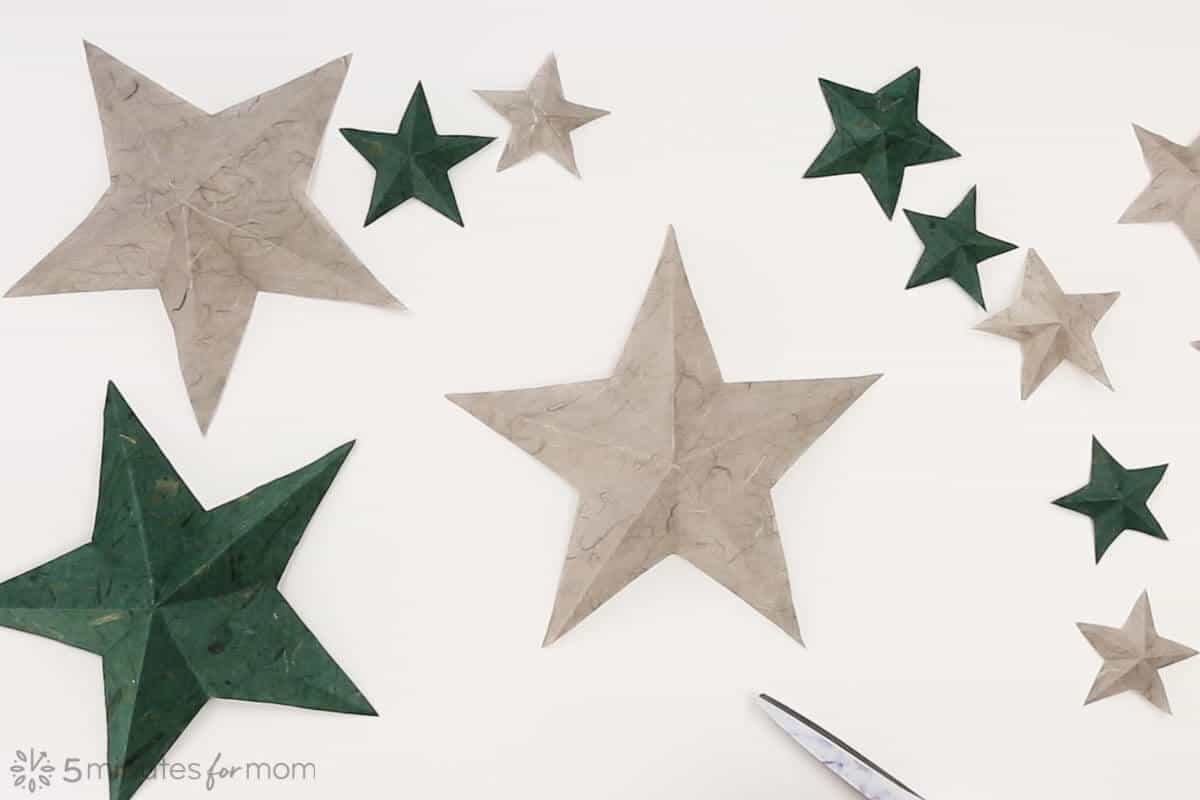 You can pierce the tops and thread onto a string or ribbon to make a garland or hang them on your walls or however you wish to use them to decorate.

ShareTweetPinPocketMail
Gifts For Teachers – They REALLY Want These Gift Ideas!
How to Make a Martini with Olives