It’s been two weeks since the USDA approved the non-browning apple. This is a genetically modified apple that doesn’t start browning until 12-15 days after it’s first been cut. Is this technology a big deal? Should parents be concerned? 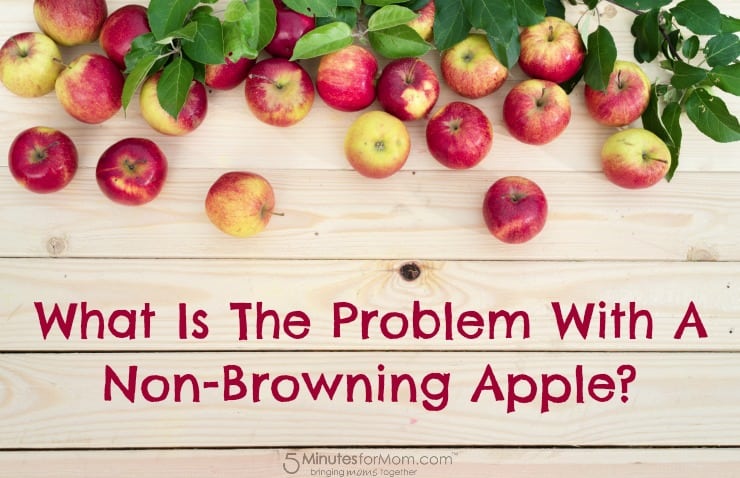 We asked Suzanne Bertani from Mommy Footprint to answer a few questions. She is part of a group called GE Free BC that has been working to educate Canadians on GMOs. The GE (non-browning) apple is an issue in Canada since the non-browning apple technology is currently in front of the Canadian Government.

What Is A Non-Browning Apple?

These apples have been produced by science not nature. To silence the browning gene within the apple, the company inserts modified apple DNA from at least three different species; a virus and two bacteria. The result is the browning gene is silenced so they will not turn brown even if they are rotten or have been cut. These apples will not be labeled because North America doesn’t label for GMOs, so you might not realize you are purchasing them if they make it to the grocery stores.

Why Should We Be Concerned?

We compare releasing GMO technology that is untested on animals into the environment like a Pandora’s box. What are the implications? We fear we don’t know all the harm yet. Selling untested science before animal studies are done is not responsible. The greatest fear is contamination since bees pollinate fruit trees. Organic and conventional apple growers are against GMO apples because of contamination concerns. Our Province of BC and many US States have an apple export industry that has been respected worldwide. Has the US just lost their apple exports with the approval of the GM apple as many countries worldwide have banned GMOs?

What Can We Do?

The Canadian Government is currently reviewing the safety of the non-browning apple in secret. We have no way of knowing what they will decide. The most effective way to voice our disproval of the GM apple is talk to or email our grocery store owners and Managers. Next time you are at a store, ask the store Manager or Produce Manager if they’ve heard of the non-browning apple. Let them know you don’t want the store to carry this apple if our Government approves the technology. As a consumer, you are concerned about this untested science making an entrance into our grocery stores. If the apple is approved in Canada, we want our consumer voices to be heard collectively that this isn’t the legacy we want to be known for in BC; being the Province that created the 2nd genetically modified fruit in the world.

The company that purchased the technology for the GE apple has pears, peaches, and cherries lined up next with the technology ready to go. Now is the time to protect something so basic, so important to our families…food! Keeping our food system clean for our children to inherit might seen like a basic right, but it’s becoming more important to educate ourselves and make our voices heard with how we spend our consumer dollars. Currently the only way to avoid eating GMOs is to buy organic, GMO free verified food. Limit processed food and become engaged with your food. Grow it, learn about it, cook it from scratch. 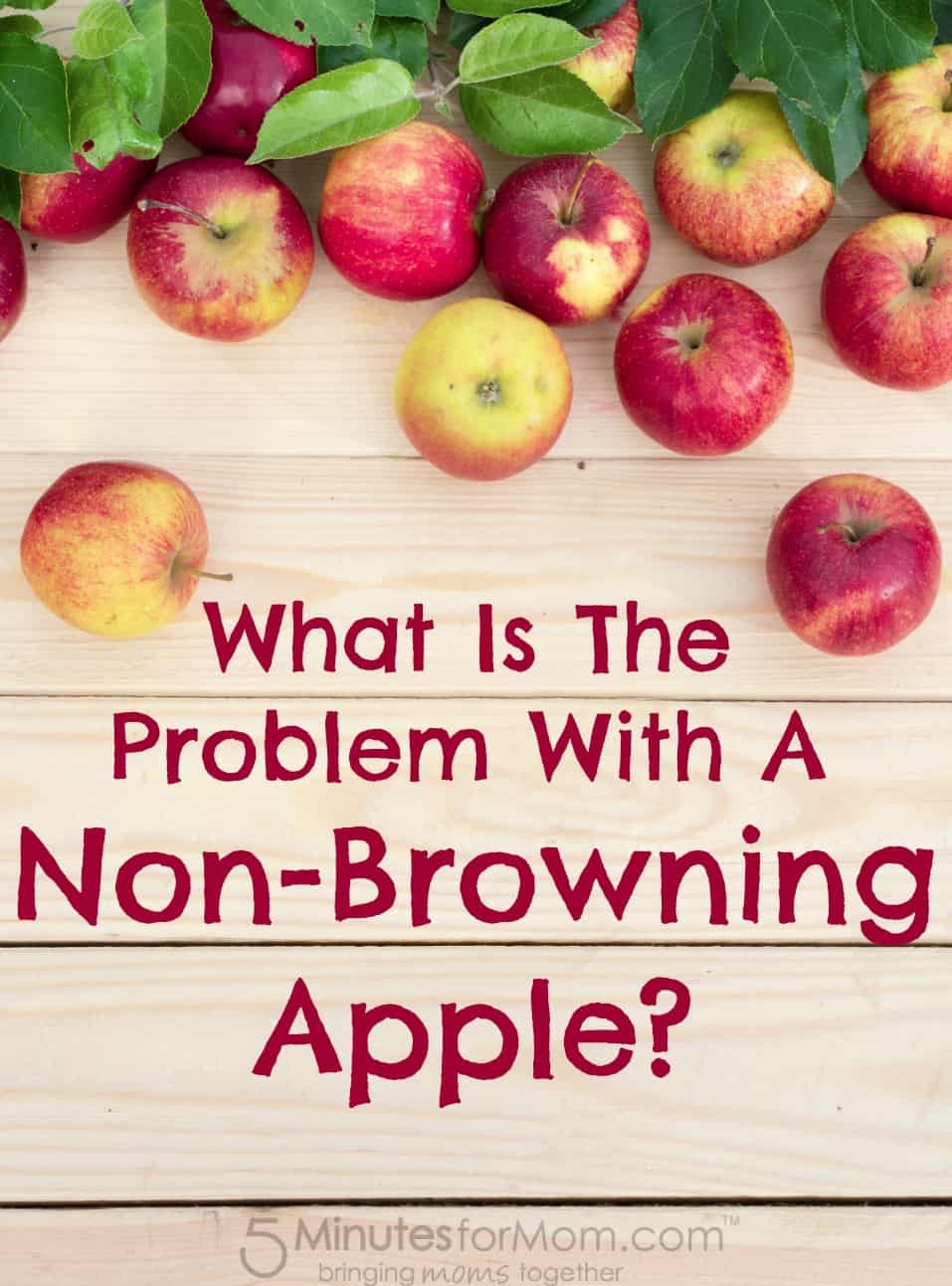