Jennifer Donovan, 5 Minutes for Mom contributor, shares a parent’s perspective on the new Marvel movie Guardians of the Galaxy. She received complimentary tickets to an early screening of the movie. 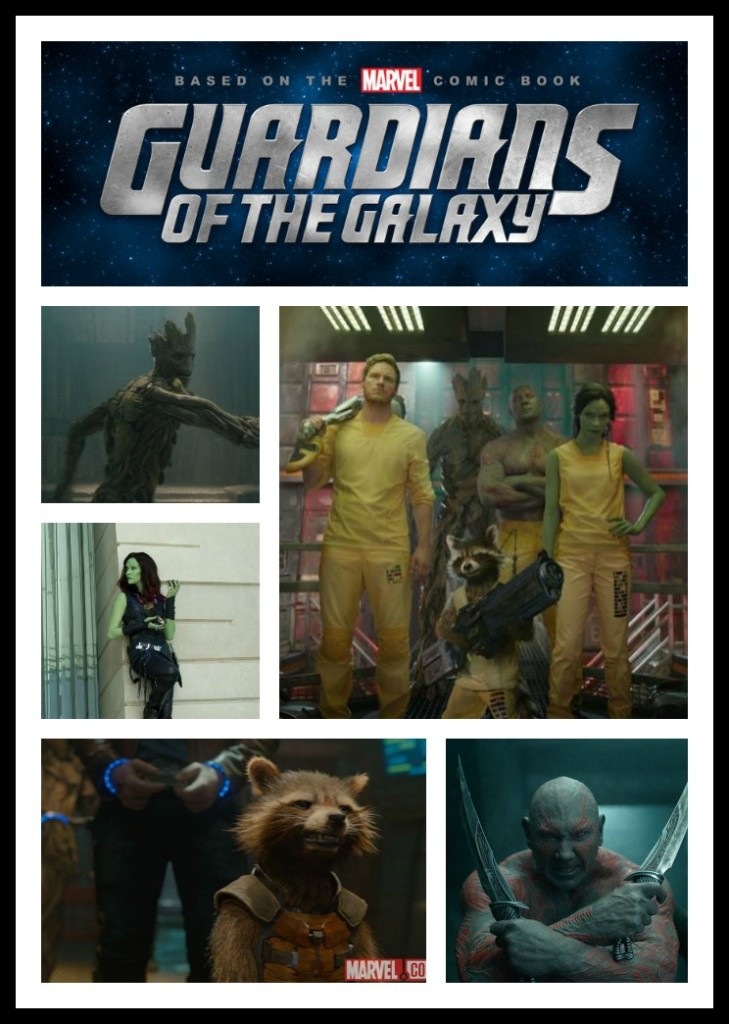 I have been hearing so much about this movie, but not really paying attention. It just didn’t seem like something I’d want to see. It has a little raccoon guy in it — enough said, right? I honestly didn’t even know it was a Marvel movie for a while. But when I got an invite to an advance screening, I paid a bit more attention, and I sort of tentatively threw out to my 16-year-old daughter, “Would you maybe want to see this early? Or not? You’re going to want to see it with your friends, right?”

I didn’t have to ask her twice. Her answer was a resounding “Yes!”

So that’s how I came to see my new all-time favorite superhero movie. Yes. I almost didn’t even see it, and now I’m calling it my favorite. First, let me answer the question that is plaguing anyone who has been watching the previews and following the movie:

What’s up with the raccoon?

In short — the raccoon is awesome. Seriously. That was my biggest worry about the movie. Are they just trying to put in some kid-friendly character for comic relief? No. Rocket is funny, but so are Drax (unintentionally, usually), and of course Star Lord (Chris Pratt). He’s a raccoon, but he’s a complex raccoon. He’s a great character. And maybe I was swayed a bit because I knew that the face of Bradley Cooper was behind that voice.

That leads to another question that many are pondering:

What is the deal with the giant tree man?

Groot is amazing as well. He’s more brawn than brains, but he’s got a heart, too. Tattooed muscle-man Drax also grows as a character, and my daughter even said he’s one of her favorites.

I don’t usually opt to see movies in 3D, because my kids don’t really care (or in my daughter’s case, she prefers NOT to), and it costs more, but my screening was in 3D. There were some cool floating in space effects and other things, but because of the frantic movement, I also felt a little motion sick at times. It wasn’t bad, but I was right on the border, and I was sitting in about the middle of theater. I mention this as a caution to some of my other mom-friends who struggle with this.

Here was my biggest surprise and somewhat of a disappointment. It was a pretty strong PG-13. I know that most superhero movies are rated PG-13, and for that reason, my 10-year-old son has only just now started watching them with us this summer. I’m probably more conservative than others, and I’m still weighing whether or not I’ll let him see this, but I’m leaning towards waiting until it’s out on DVD. Most of the other movies generally get that rating because of the violence, which is often labeled “fantasy violence.” Yes, people die, but it’s often in a way that is divorced from real life violence, and since it’s “good guys” versus “bad guys,” it’s somehow easier to stomach.

But Guardians of the Galaxy went beyond this in bad language. Whenever I’m reviewing a family movie, I always take notes about things that parents might want their younger ones to avoid. As far as language goes, here’s the list: at least 3 uses of s**t, 2 or 3 of a-hole (said like that), 2 or 3 di*k, one each of pr*ck, wh*re, b*tch, b*stard, jack*ss, and someone gave the finger.

If I hadn’t have been writing them down, I probably would have remembered that I was shocked by an instance or two of language, so I don’t want to give the impression that it’s pervasive. That said, seeing it in writing did surprise (and disappoint) me for what is otherwise a great family film for any kid who can handle the intensity that it contains. 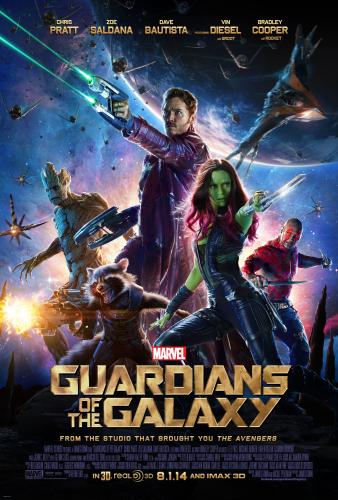 Each family will decide who they take to enjoy this movie, but I hope that you don’t just write it off for superhero nerds or kids. This has definitely been my favorite movie of the summer, and has true summer blockbuster written all over it. From the awesome 70’s tunes, to the cool aliens and costumes and well-developed characters, there’s something for everyone. The movie is an intense ride that is lightened up by lots of laugh-out-loud humor.

ShareTweetPinPocketMail
Back to School Giveaway Event 2014 #BackToSchool
United Health Care Dares You to Share! PLUS A Chance to Win $400 Gift Card!