I love when a well told story takes me inside a life I’d never otherwise have understood.

I didn’t watch Friday Night Lights when it was on the air and I never would have seen it if weren’t for NetFlix and the recommendation from a friend whose likes and dislikes line up shockingly close to mine. 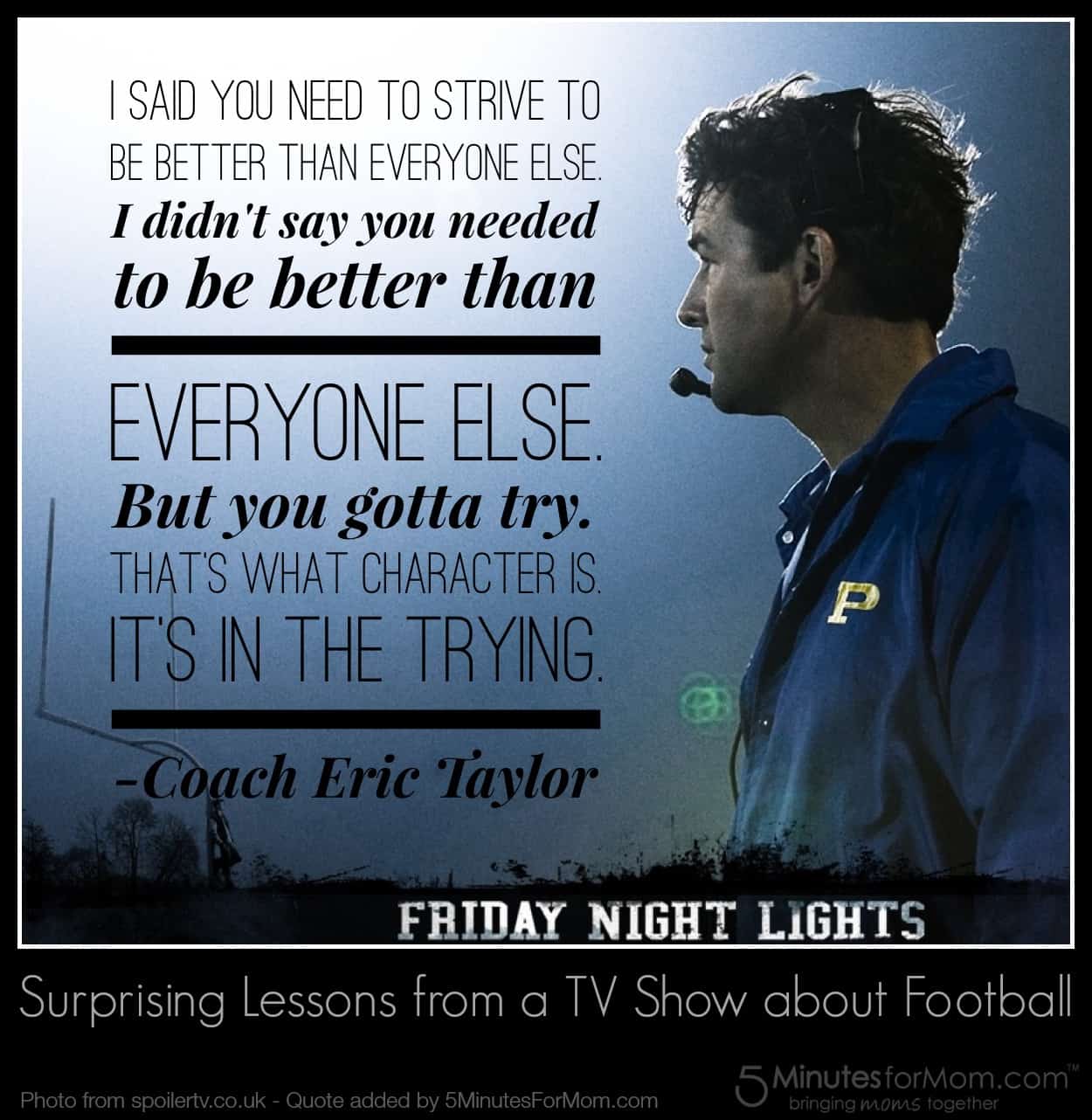 Why would I watch a show about teenagers in Texas playing football?

I hate football. Forgive me for saying this… but all I see when I watch a game of football is a series of concussions. So there’s no reason I’d like a show about teenagers playing this dangerous game.

Well, I love it when I’m wrong.

And wow, was I wrong.

Not only did I love the TV show, I feel like a gained some respect for the game and it’s importance in American culture.

Of course, I still think it is a dangerous game and I sure wouldn’t want my children playing it, but I feel like I understand a little bit about why it’s so important in American high schools and colleges.

You may not realize, but I’m Canadian and my life growing up in Vancouver, BC, Canada was polar opposite to life in the fictional town of Dillon, Texas.

I grew up in a nice, multicultural neighbourhood in a large metropolitan area that was big enough that you could never know everyone and you never felt the need to “leave” to get somewhere in life.

(If you’re not familiar with Vancouver, think of Seattle… It’s similar.)

My high school was an average size for Vancouver at the time – which is small compared to most these days.

And in stark contrast to the fictional Dillon High, our school did not have a football team and didn’t really even have a cheerleading team.

There were rugby and basketball teams, but I never watched a single game. In years ahead of mine, there had been mediocre cheerleading squads, but the team seemed to lose appeal and in my year, the squad was so small they didn’t even cheer at games.

So my high school experience was very different than the small town, football centric Dillon High.

And I think that separation of worlds is what ended up making me love this TV show so much.

I got a peek into what life might be like in a small American town where the local high school football team is the main attraction.

I saw the positive influence a coach and football team might have on kids.

Of course, Friday Night Lights is just an old TV show, but I’m glad I watched it. It did what a good story should… it took me inside a life I wouldn’t otherwise have known and changed my view.