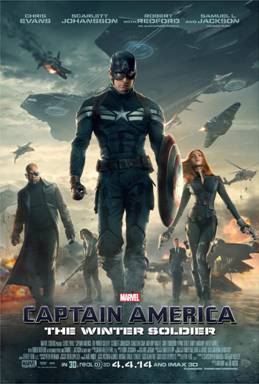 According to Stan Lee, who revived the character early on after its initial run, Captain America is a timeless character that has stayed relevant to this day. “When I became the editor of Marvel, the company had stopped publishing ‘Captain America’ and I told them I wanted to bring that character back, but I don’t just want to make him a guy who fights bad guys, I want to make him something a little deeper,” says executive producer Stan Lee.

The character has trouble fitting into the society that he finds himself in and by giving him a little more personality and problems to cope with, readers really connected and identified with him.  It was exciting to watch him grow to become on of the most popular characters in the Marvel Universe and the character makes for a great film franchise.”

The interviews for the new Captain America movie took place at the Beverly Hilton Hotel. This is the same hotel where the Golden Globes are held and it is gorgeous. 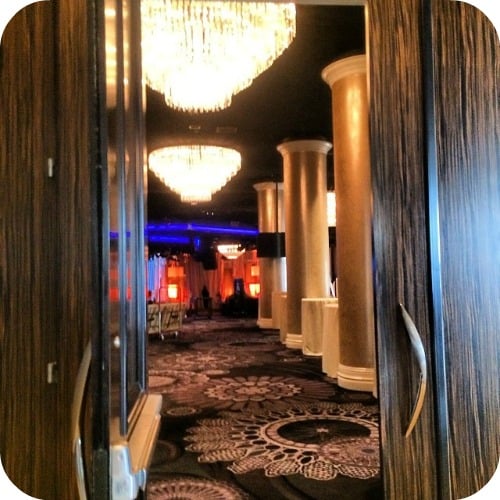 On our way to the hotel we drove through Beverly Hills and saw some incredible homes. Once inside the Beverly Hilton Hotel we were taken to a press suite and treated to a gorgeous view of Beverly Hills and I snapped up some awesome pictures of the scenic view. 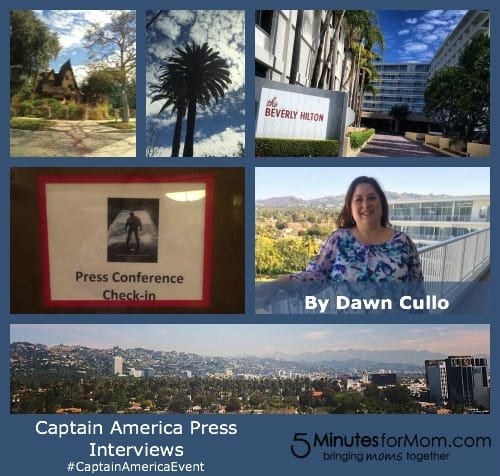 In the press suite we had the opportunity to take a picture with the new Captain America Experience App.  This app will allow you to create a 3D picture of you with Captain America. The app is compatible with iPhones and iPads and you can use the app on special Captain America posters at the movie theater. 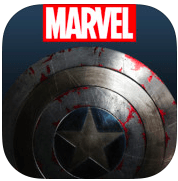 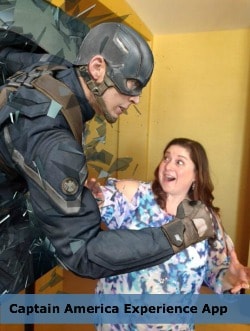 We were then escorted into the interview room, we got settled with our notebooks and voice recorders and awaited the arrival of Chris Evans. We had just screened the movie a few nights before and I was so anxious to talk with Chris.

He entered the room to a loud cheer from our group and we got started asking our questions. Right off the bat a great question was asked about what qualities in Captain America Chris finds in himself. He feels that Captain America is the type of person that is always trying to do better. Chris said that on a daily basis he is trying to find ways to evolve.

Chris said that he modeled the mindset of Captain America on one of his childhood friends named Charlie Morris. When they were growing up Charlie was an Eagle Scout.  Being an Eagle Scout takes a lot of  dedication and his friend lives by a code.  Chris said that even today Charlie is a still a great guy. 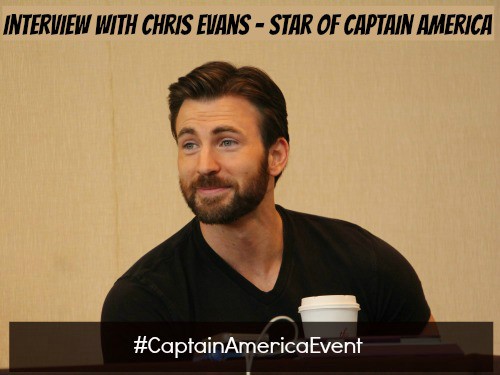 After the first Captain America movie he happened to play the Captain America video game and he loved the fluidity of the characters movements in the game.  He spoke with the directors Anthony and Joe Russo about how he felt that Captain America should look during the fight scenes.

They agreed with Chis and suggested he learn some gymnastics to help with perfect those movements. However, Chris didn’t learn artistic gymnastics that you see in the Olympics with the balance beam and vault but instead he learned Parkour which is also known as Urban Gymnastics. When I heard this I was so excited because my little nephew takes Parkour and he loves Captain America so I knew he would be thrilled to hear that he and Captain America know Parkour.

To also prepare for the fight scenes Chris learned Mixed Martial Arts and towards the end of the movie he was more comfortable with the techniques.  Chris said that his favorite scene to see on the big screen is the opening scene on the ship.  He really liked it because it was great to see Captain America in action, he was powerful and this showed that he belongs on the Avengers. 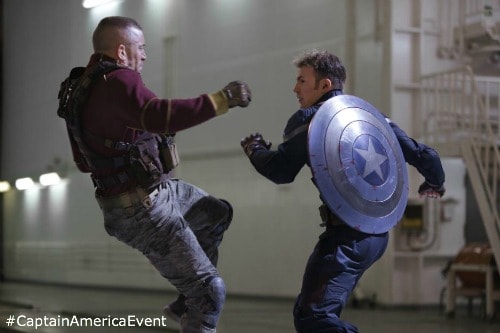 There is a fight scene in an elevator; which you may have already seen clips of in previews.  That fight sequence took them three days to complete.  He said that to prepare for the scene was like rehearsing a dance, there are rhythm steps and beats. Chris felt like he was working out all day long while shooting that sequence and each night he was exhausted.  He liked doing the stunts and loved that in one of the scenes he got to run through the walls.  In the first movie “Captain America: The First Avenger” he was establishing Captain America’s skills and with this new movie he is able to show the power that Captain America has.

Chis feels that it is fun to play a super hero with life that loves to embrace their abilities. Even though Chris is great as Captain America he also liked playing Johnny Storm the Human Torch.

There were about four or five shields used during filming. There is a heavy shield and a foam lighter weight one used for throwing. Chris was given a shield to take home after filming was completed and keeps it in a safe place. 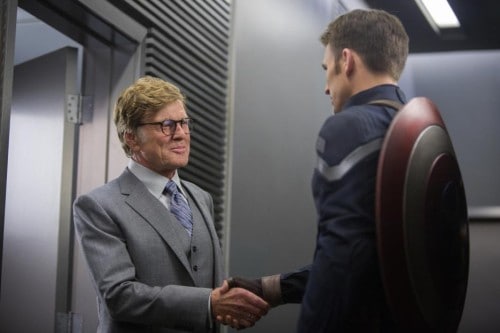 One of the questions that was asked was about Captain’s mindset of being a man out of time.  At the end of the first movie it is revealed that he has been brought into the modern day from the 1940’s.   In the new movie Captain has to become acclimated the modern time.  There isn’t so much technology shock with Captain but more of an adjustment to dealing with society and the way that the government now works.  This new way that the government works is tough for Captain to deal with.

Chris really liked working with Anthony Mackie who plays the Falcon aka Sam Wilson.  Chris said that Anthony is great and he really likes him because they are very similar people. They have worked together before outside of the Marvel universe and they clicked right away when they first met. Chris said that Anthony has a certain type of energy and when he is not on the set he is missed. 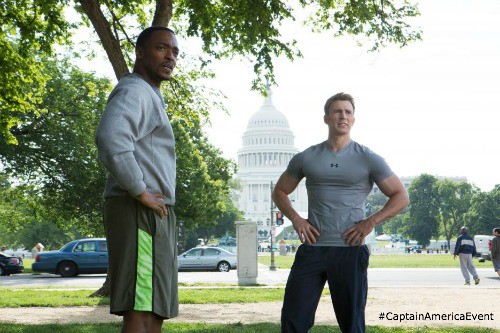 I had a fantastic time during the interview and I didn’t want it to end, Chris was nice enough to take a picture with our group, can you find me? 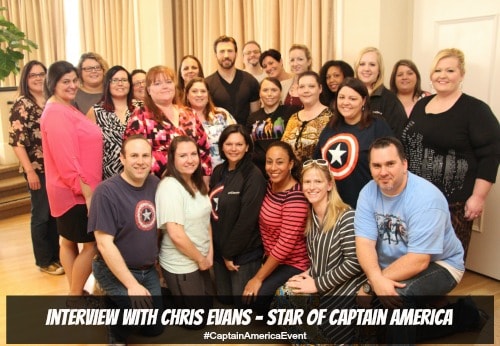 More about Captain America
In Marvel’s “Captain America: The Winter Soldier,” Steve Rogers teams up with Natasha Romanoff, aka Black Widow, to battle a powerful yet shadowy enemy in present-day Washington, D.C.

Find more information about Captain America at marvel.com/captainamerica and on Facebook and Twitter. You can follow along on the Captain America adventure by searching the hastag #CaptainAmericaEvent on social media.

ShareTweetPinPocketMail
My Boyfriend Barfed in my Handbag. . . and Other Things You Can’t Ask Martha
My KODAK Moments App Review