What does it take to be a modern dad? There’s no single formula, but a group of friends from Austin, Texas has the bases covered on A&E’s Modern Dads, premiering Wednesday, August 21 at 10:30/9:30C. 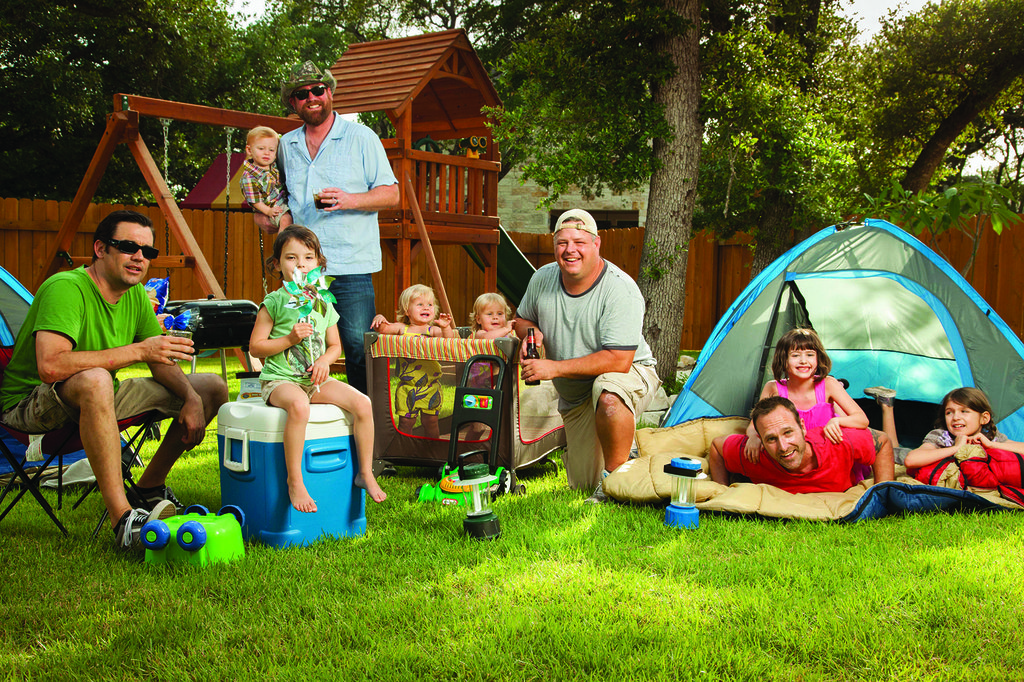 From the show’s description:

They’re like a fraternity, but this time around all-nighters, babes in your bed, empty bottles and projectile vomit carry a whole new meaning: they’re on 24/7 dad-duty. Their dreams used to be fast women and fast cars, but now they only fantasize about using the bathroom without an audience.

Whether modern dad or modern mom, I think we can all relate to that, can’t we?

This new series will follow these stay-at-home dads as they juggle dad duty and social obligations with a kid (or four) on their hip. They are “unconventional,” we’re told, a real-life group of friends for whom “a good day at the office for them is just keeping their kids—and their manhood—alive.” Oh, I can just imagine! They’re unapologetically loud and riotously funny as they do everything from planning an over-the-top birthday party to sharing the friendships that keep this dad tribe humming.

You can learn more about these guys and the show in the interactive image below. Hover over tags in the image to read their bios, see clips from the show, and connect to Facebook and Twitter pages. You can also include your own tags to offer your own parenting tips.

Have you “hacked” parenthood? If you’ve created (or modified) a “dadget”—something to make parenthood easier—post a photo of it to the contest section of the Modern Dads Facebook page for a chance to win a $1,000 gift card to be used towards bringing your invention to life.

We are giving away a gift pack that will definitely make any dad happy. Included in the pack will be:

To enter this gift pack, all you need to do is tweet out the following:

Robin Farr is a woman, a writer, a wife, a runner, and a mom – chronologically, at least. She got mixed up philosophically during her struggle with postpartum depression but wrote her way out of it on her blog, Farewell, Stranger. The perspective she gained from that experience led her to a new motto: “Live the life you’re meant to.” She’s now working on doing just that.