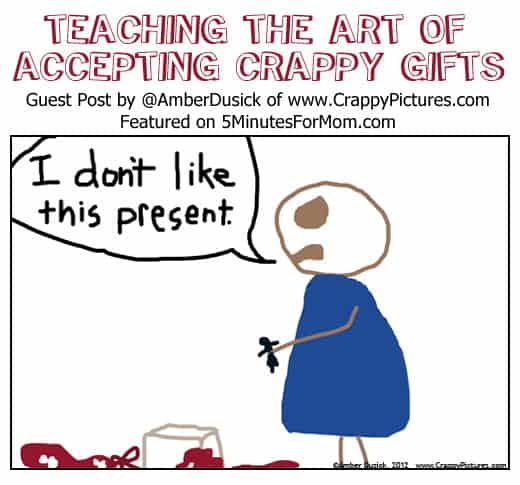 Last year we gave Crappy Boy a particular gift and he really didn’t like it.

Turns out, pretending you like a gift when you don’t and saying “thank you” doesn’t come naturally.

Fortunately, this happened at home. I still had time to encourage proper manners before we spent the holidays with our extended family.

I also briefly mentioned something about returning and exchanging items.

Then we left to be with family. His new knowledge would be put to the test. I was feeling very confident as a teacher.

The opening of gifts ceremony began.

At first, I thought he was going to ace his exam. 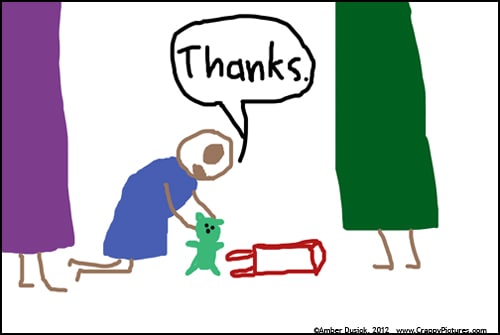 He said ‘thanks’ when I could tell he didn’t really like it.

But then something went wrong. 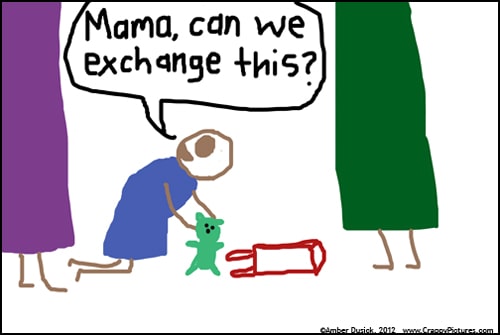 And this time? It was the teacher’s fault. Oops.

Despite being embarrassing, it was also funny. Because embarrassing things are always funny if you survive them. The gift-giver just laughed and said the gift receipt is in the bag. Isn’t is great when people are cool like that?

Anyway, I was still concerned for Crappy Boy’s apparent lack of skill in appreciating gifts and accepting them gracefully. Crappy Papa and I talked about it. Do we spoil him? Does he have an unhealthy sense of entitlement?

Course then we remembered stories from our own childhoods. Like that time when I got mad when I received Rainbow Brite underwear but I wanted the Smurfs. And that time Crappy Papa cried with tears of disappointment over a lacing toy because he hated it so much.

So we decided to cut him some slack. We were expecting way too much.

The next day he received a card in the mail with cash in it. 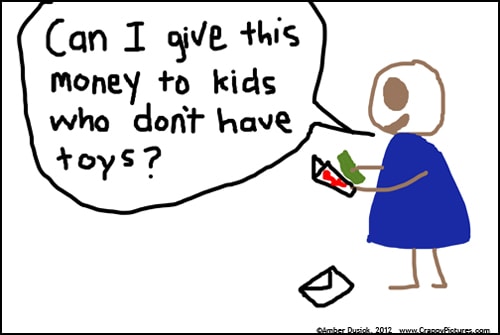 And he surprised us when we were least expecting it.

Isn’t it great when kids are cool like that?