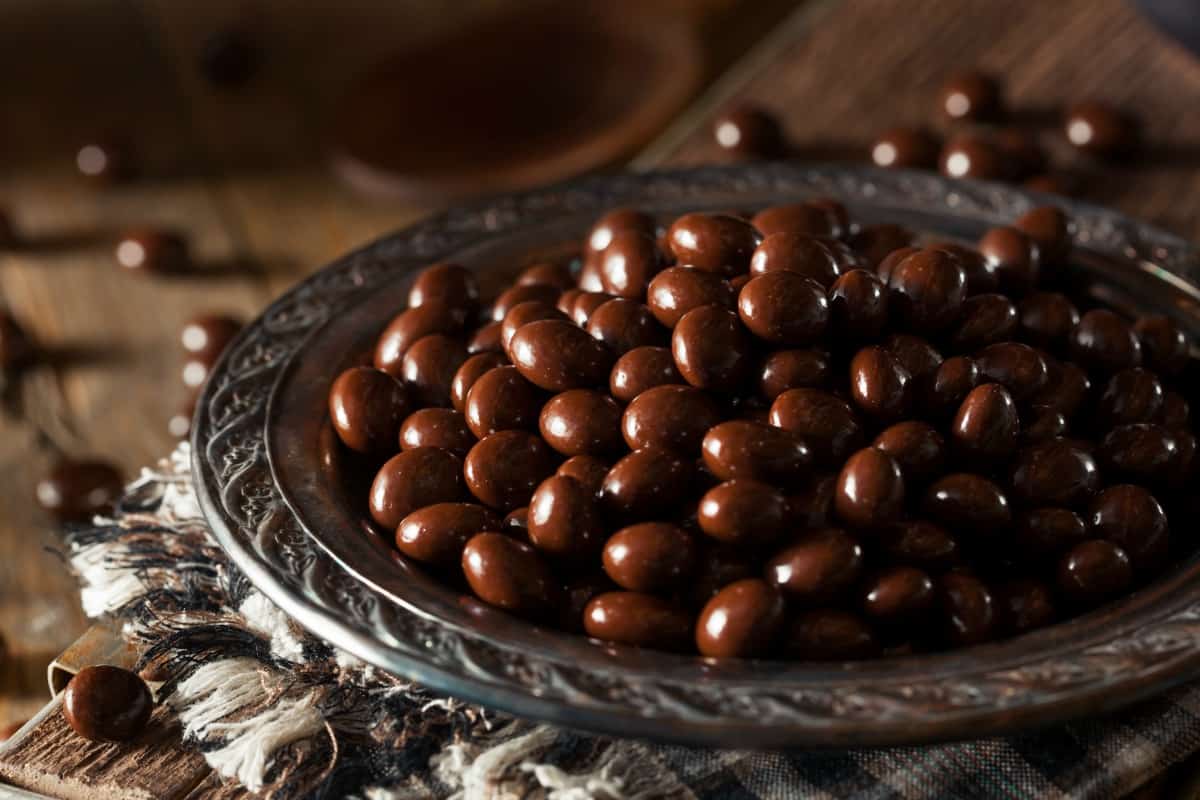 A couple weeks ago, McDonalds Canada sent me a nice package with a mug, coupons for their new McCafe espresso drinks, and some chocolate covered coffee beans.

I had never eaten chocolate covered coffee beans until that parcel arrived.

And well, now I am addicted.

After eating a half of the bag when I first opened the package, my usual speed was pushed up to full on sprint. You guys who have met me in person can imagine what Janice on a major hit of caffeine must be like. Yes, it is a bit wild.

After that initial coffee bean experience, I got a little scared off. Clearly this was not a safe drug of choice for me.

But, of course, I ended up going back for more.

The next time, I only ate about four. It was a safer, more reasonable amount — a caffeine hit that I could tolerate.

So I got braver. Well, a little stupid. The other afternoon, when I was super tired and had tons of work to do, I drank two Coke Zeros and ate about 15 of these delicious dark chocolate covered coffee beans.

Not a good idea. Oh my word. Anxious, edgy and my hands were noticeably shaking. But the side effects didn’t end when I went to bed. I ended up waking up early in the morning, with my chest tight with anxiety and pressure. It was intense!

So, you think that I would be cured of ever wanting any more of that chocolatey stimulant.

BUT NO — this morning, I couldn’t resist dipping into the remainder of the bag. They are oh so good people!

And now, I am buzzing as my little fingers fly across the keyboard.

Which made me wonder, how much caffeine is in chocolate covered coffee beans?

Why am I so incredibly sensitive to this form of caffeine — having a stronger reaction to them then I do to drinking coffee? 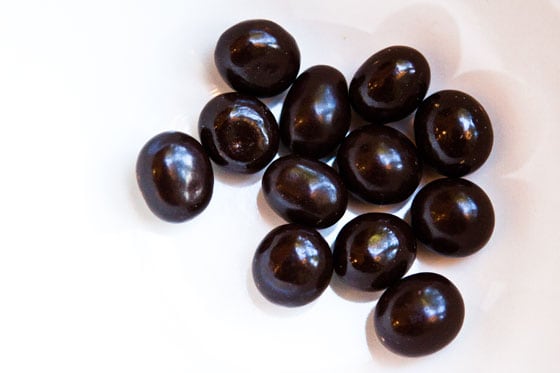 A search online led me to this incredibly helpful chart of information about caffeine from the BC government.

According to that chart, it is not surprising that I was affected by the coffee beans. I had seriously OVERDOSED on caffeine consumption — yes, far too much caffeine Janice!

To compare the caffeine amount I have been consuming in the chocolate covered coffee beans, I have posted a sampling of the items covered in the caffeine content chart:

In three chocolate covered coffee beans there is 36mgs of caffeine.

(In only THREE! I have eaten more than a dozen and a half at a time! Which means, I have at times eaten more than 216mg! ONE can of cola has the amount of caffeine as THREE beans! Oh my word.)

TELL US: Are you sensitive to caffeine or have negative caffeine side effects? Have you ever “overdosed” on caffeine? Do you depend on caffeine to get you going through the day? 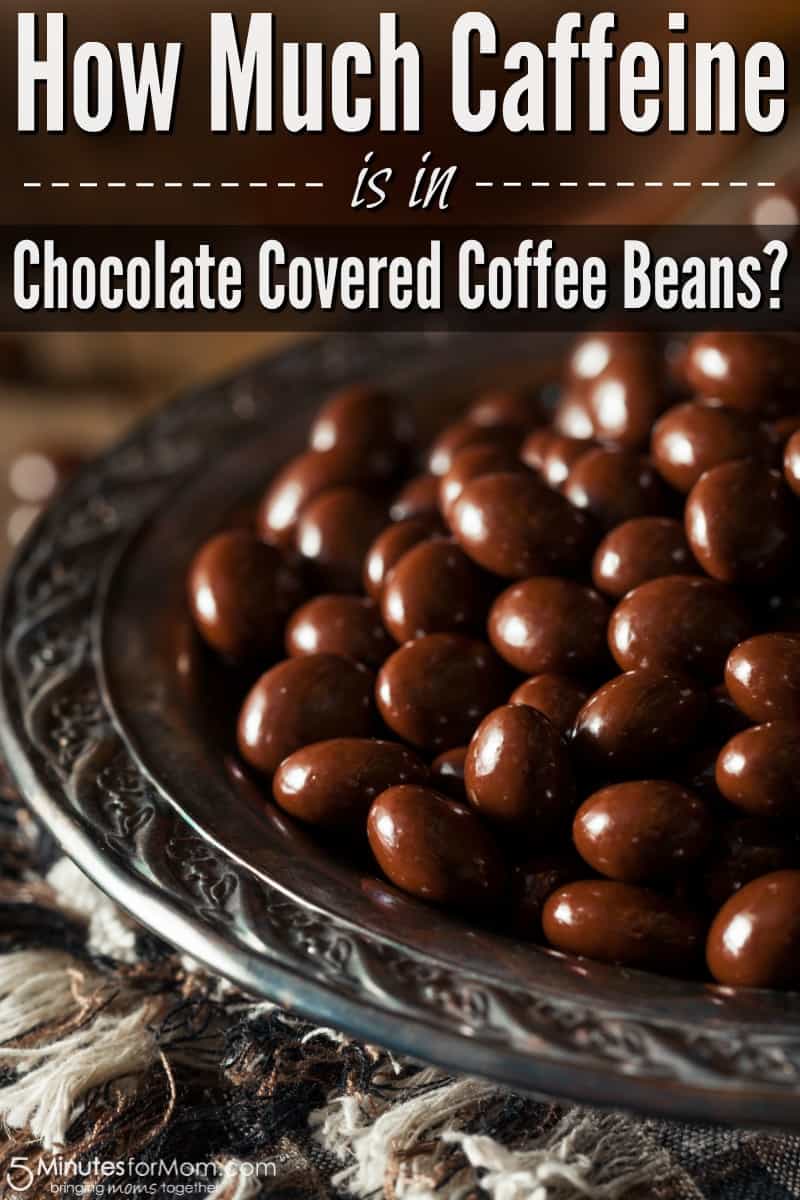 Written by Janice Croze, co-founder of 5 Minutes for Mom.
Wanna chat? Find me at: @5minutesformom, @janicecroze and Facebook.com/5minutesformom.