I have to admit that I haven’t seen the Johnny English or Mr. Bean movies, but I know a lot of people think Rowan Atkinson’s movies are hilarious family entertainment. After watching this trailer for Johnny English Reborn (in theaters today October 21), I’m convinced that it would be a good fit for both my son (7) and my daughter (13), and my husband and I would enjoy it too. 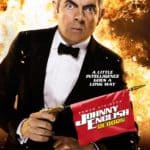 Rowan Atkinson returns to the role of the improbable secret agent who doesn’t know fear or danger in the comedy spy-thriller Johnny English Reborn. In his latest adventure, the most unlikely intelligence officer in Her Majesty’s Secret Service must stop a group of international assassins before they eliminate a world leader and cause global chaos.

In the years since MI-7’s top spy vanished off the grid, he has been honing his unique skills in a remote region of Asia. But when his agency superiors learn of an attempt against the Chinese premier’s life, they must hunt down the highly unorthodox agent. Now that the world needs him once again, Johnny English is back in action.

With one shot at redemption, he must employ the latest in hi-tech gadgets to unravel a web of conspiracy that runs throughout the KGB, CIA and even MI-7. With mere days until a heads of state conference, one man must use every trick in his playbook to protect us all. For Johnny English, disaster may be an option, but failure never is. 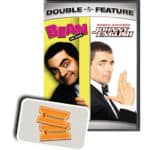 I have great news. One 5 Minutes for Mom reader (U.S. shipping addresses only) will win

This weekend, I’ll either be off to the theaters or checking out DVDs with some Rowan Atkinson. What about you? Are you a fan?

Leave a comment to enter to win. The giveaway will close on November 5, and is subject to our site’s terms and conditions.