LJ Earnest, productivity maven from SimpleProductivityBlog.com, shares how she gets around television tantrums.

Are your kids addicted to television? 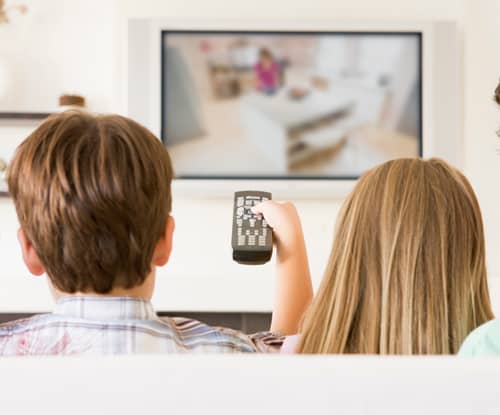 Television can be addicting. Children are vulnerable and are apt to get sucked into the shows and commercials, oblivious to everything except the flickering screen. Even though doctors recommend limiting screen time, asking a child to turn off the set will more often be met with resistance than not.

In some cases like my own, limits on television were met with tantrums. Here are the methods we have tried, and found to work:

The first strategy we tried was checked my daughter was given a certain number of chips every week and each was worth a half hour. She could watch as she chose, but once her chips were spent, it was no more television that week.

One set of friends gave a base amount of chips each week, and supplemented it with good behavior chips. When a child was exceptionally good, they were given the choice of a few rewards, one of which was extra television time. Interestingly, the other rewards, such as an ice cream cone or extra parent time were always selected, rather than the extra TV time.

As my daughter grew older she insisted we weren’t giving her the full amount of time, so the chips system morphed into chips plus timer. When she cashed in a chip, we could set the timer and she would turn the television off when the timer beat. She still had limits and someone other than parents kept the time.

This had some advantages, because we didn’t have to keep watching the clock, and an independent device was doing the timing.

When she was old enough to watch shows that told one story every half hour, we ran into the problem of interrupting the show before it was finished. She would like to finish the show, and then cash in the next chip. This led to lots of extra time, and our efforts to turn the TV off were followed by her turning it back on.

One Friday evening it all came to a head. After cashing in all her weekly chips and watching three hours of iCarly reruns, she threw a tantrum when we asked her to turn it off.

That night I researched TV control devices. These devices are set up to power down a TV (with no turn on) after a certain amount of time.

I chose Bob because the power cable for the television is locked inside the device with a key, and I can set the time either by day or week, with blackout periods. When my daughter’s time is up, Bob beeps, and the power to the TV goes out.

She hates Bob. Bob is my best friend. It completely removes me from the equation, and stopped the struggles cold. 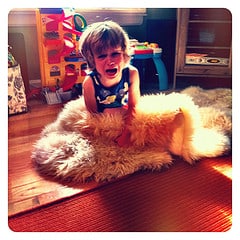 The last measure is to remove the TV altogether. We haven’t had to resort to this, but some of friends have. They unplugged the television, turned off the cable, and put the set up on Craig’s List. There were many tears as the set left the house, but it was short-lived.

Removing the TV is a drastic step, but sometimes it benefits everybody involved. Without the television to distract from other activities, my friends report that reading and creative activities have increased dramatically.

Do you have a method for limiting TV tantrums? Share below!

LJ Earnest is a computer programmer by day, productivity geek all the time. Using the principles of productivity and simplicity at SimpleProductivityBlog.com, she helps people get through the stuff they have to do so they can get to the stuff they want to do. She can also be found at Twitter and Facebook. Remember, a productive life doesn’t have to be complicated.