Let’s have a party! We’re hosting a Twitter Party on Tuesday, October 9th to celebrate the Blu-ray™/DVD release of Hotel Transylvania 3. You’ll be able to watch your favorite monsters in their latest film on Blu-ray™ and DVD on October 9th. On September 25th the digital version was released, so you can watch the movie before the Twitter Party if you didn’t see it at the theater. 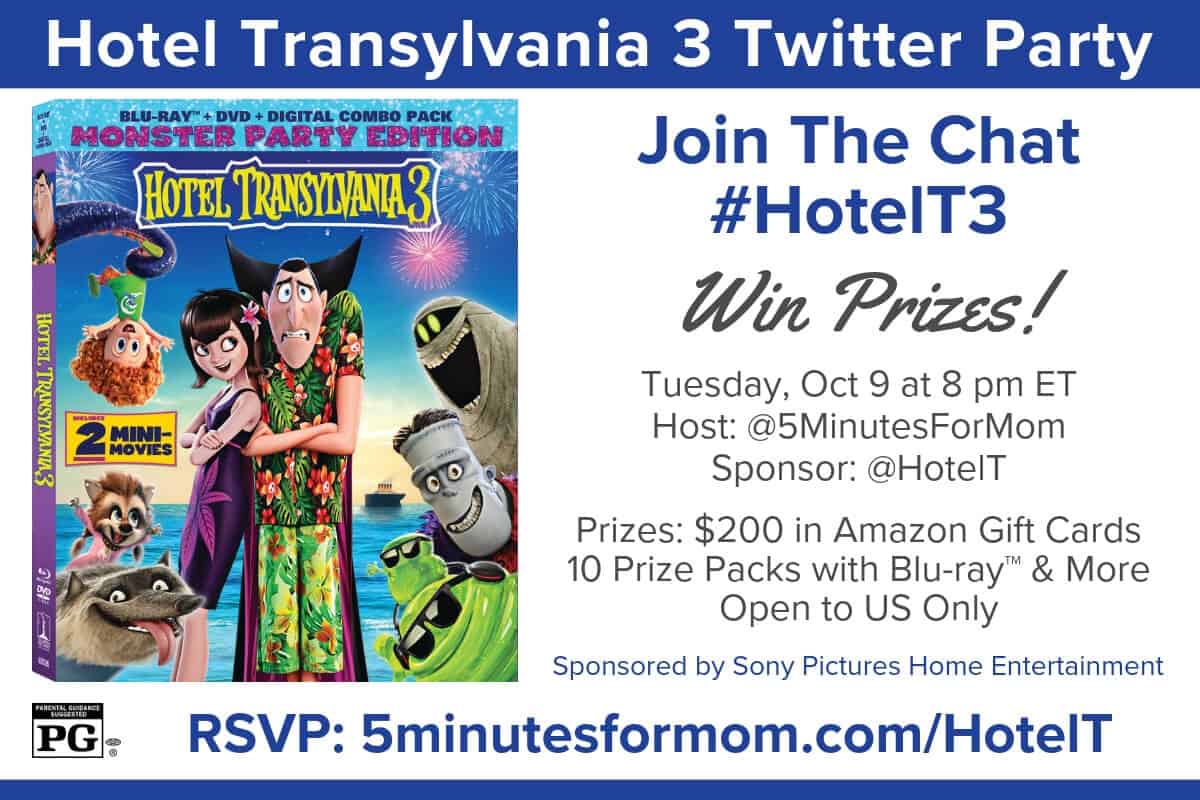 We’ll be giving away $200 worth of Amazon Gift Cards as well as 10 Hotel Transylvania 3 Prize Packs with Blu-ray™, thanks to our sponsor Sony Pictures Home Entertainment. Prizing is open to the US only.

Are you excited for the monsters to come to your house? 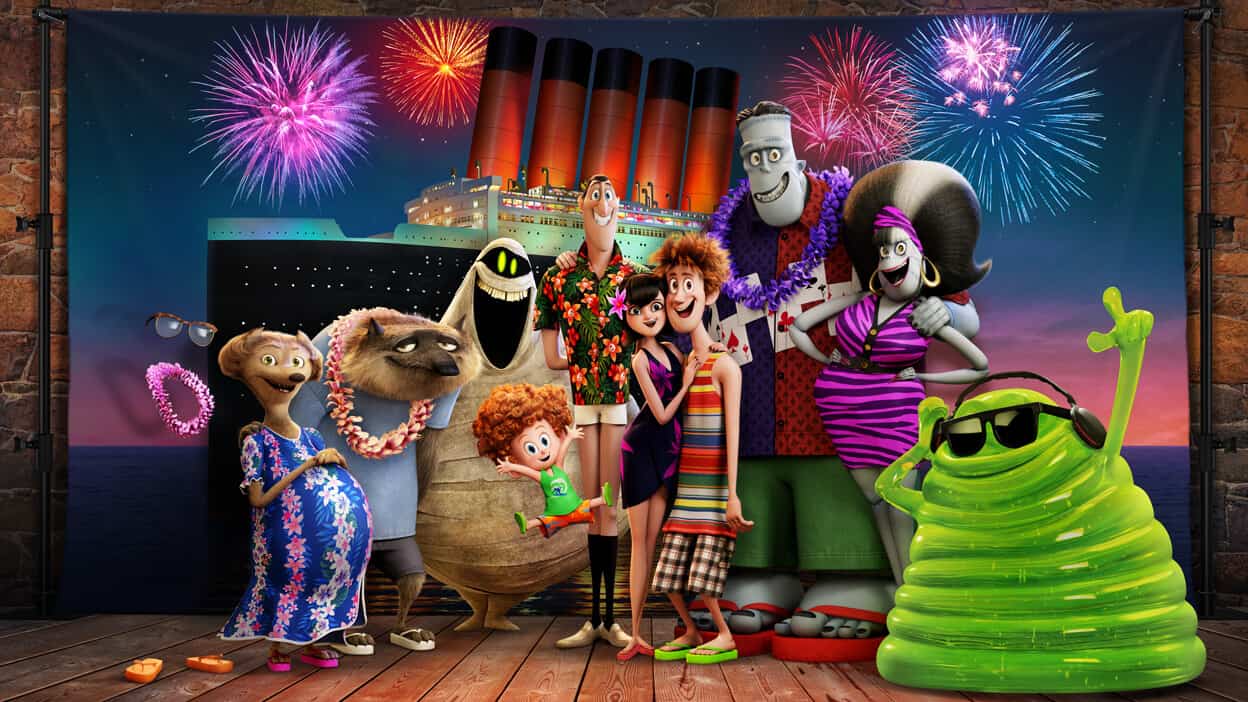 Hotel Transylvania 3 — along with spectacular, spooky extras — will be ready for you to buy on Digital September 25th and Blu-ray™ October 9th.

Perfectly timed for your Halloween festivities!

I took my girls to see the movie in the theatres and we all loved it! The animation is absolutely incredible and I think I had as much fun as my kids. Hotel Transylvania 3 will definitely be a hit for your next family movie night!

If you haven’t seen it yet, take a look at the trailer…

If you will be joining the party, RSVP below and Tweet now with #HotelT3 and you’ll be entered to win the Early Bird Prize of a $50 Amazon Gift Card and Hotel Transylvania 3 Prize Pack with Blu-ray™. 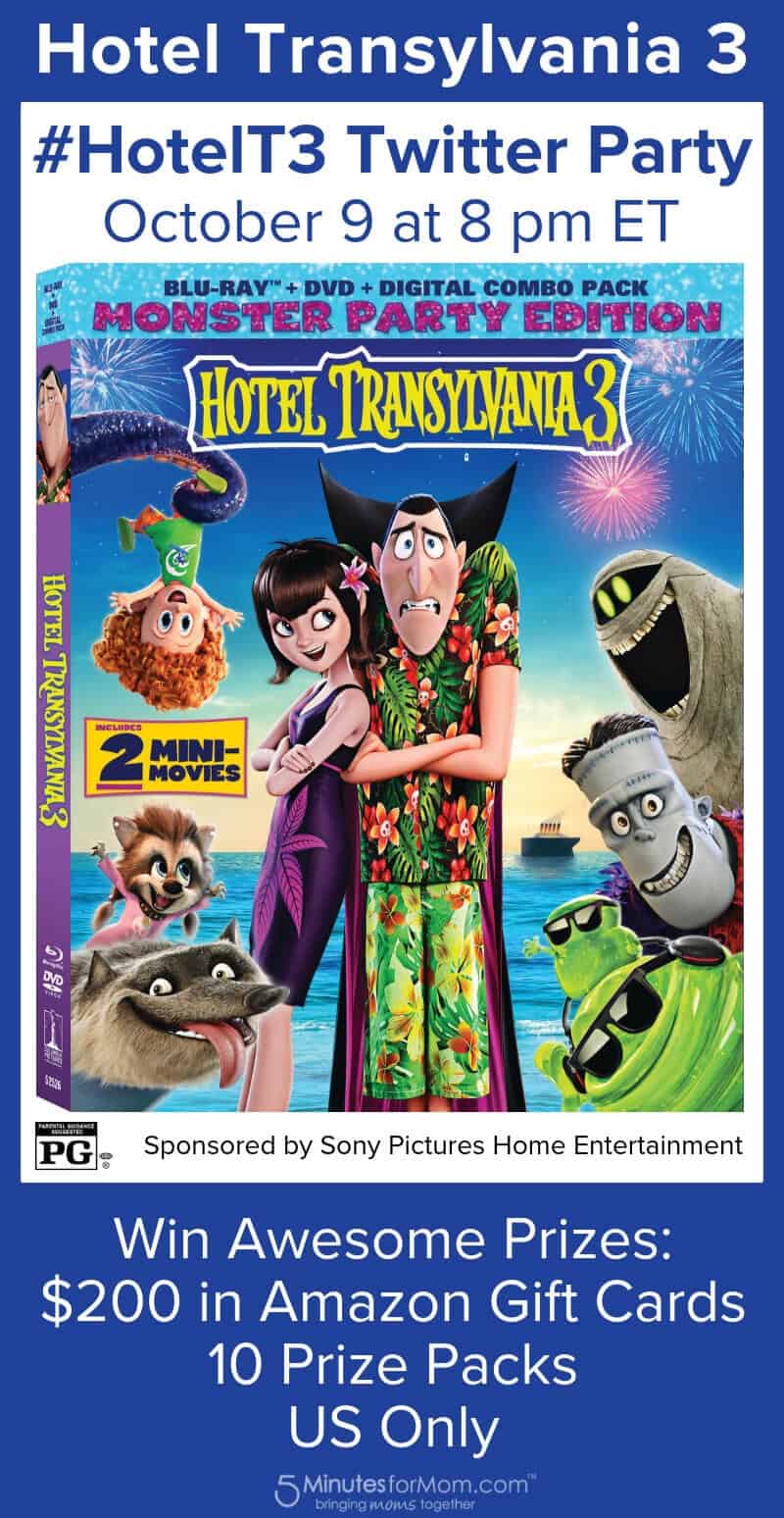 Disclosure: This post and the Twitter Party are sponsored by Sony Pictures Home Entertainment.
Written by Susan Carraretto, co-founder of 5 Minutes for Mom
Talk with me: @5minutesformom and Facebook.com/5minutesformom
Pin with me at pinterest.com/5minutesformom