We are thrilled to announce an epic Twitter Party to celebrate the Blu-ray and Digital release of EARLY MAN. The film is available on Digital May 15 and on Blu-ray May 22nd. Join us for our #EARLYMAN Twitter Party on Tuesday, May 22 at 8 pm Eastern. 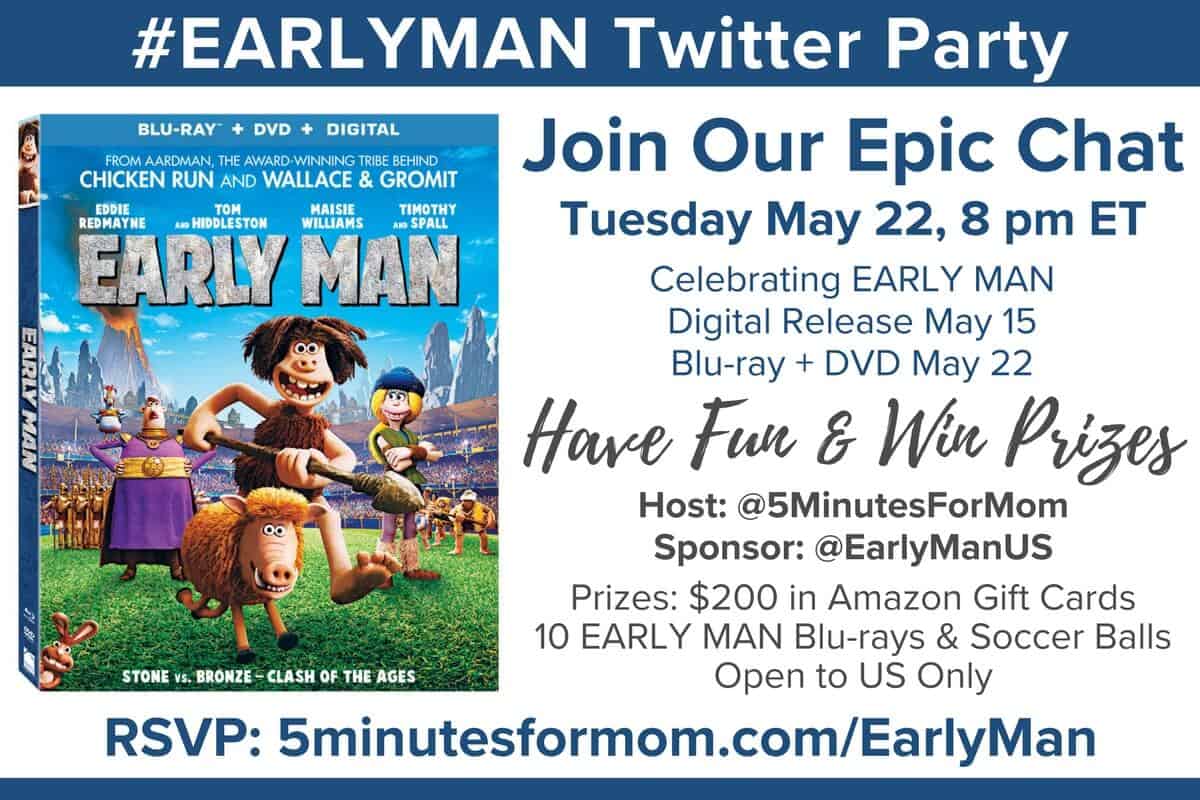 We’ll be giving away $200 worth of Amazon Gift Cards as well as 10 Blu-rays and EARLY MAN branded soccer balls thanks to our sponsor Lionsgate. Prizing is open to the US only. 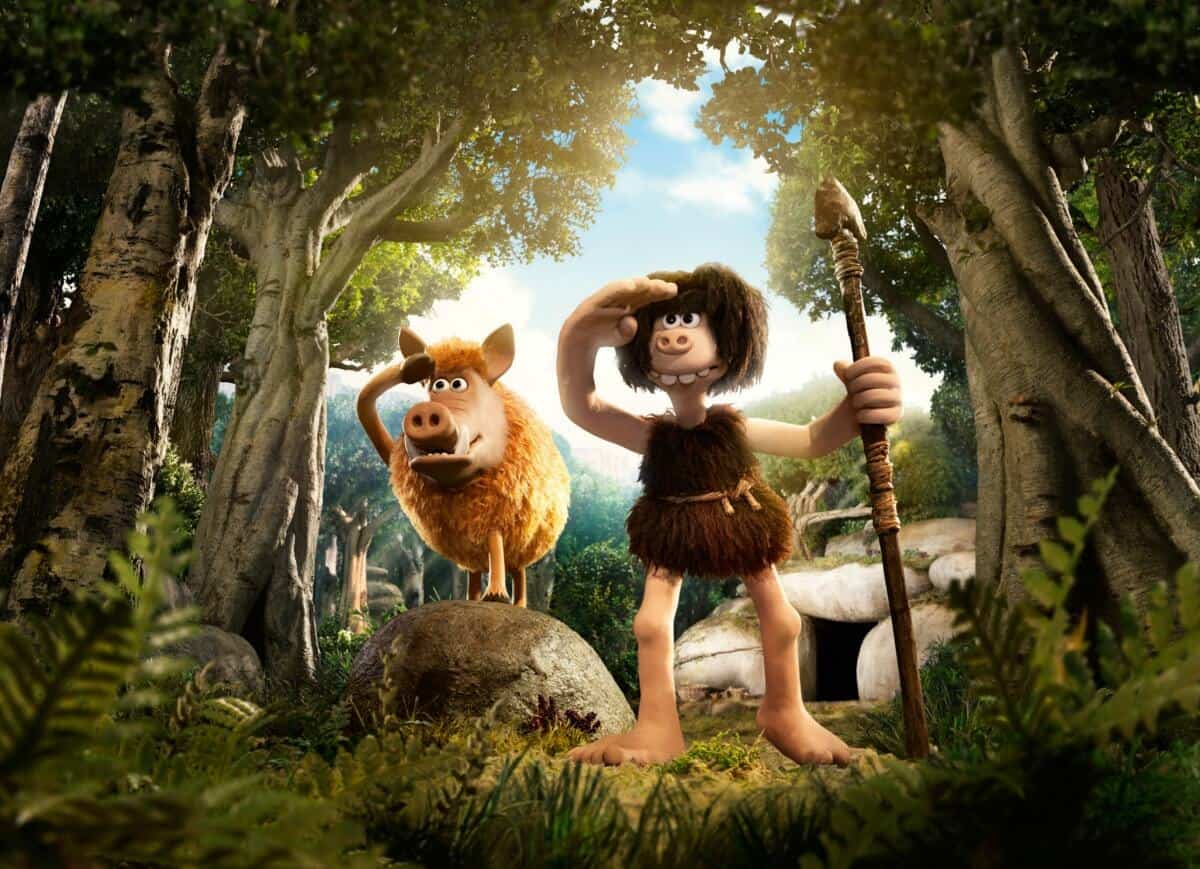 EARLY MAN is the new prehistoric comedy adventure from four-time Academy Award®-winning director Nick Park and AARDMAN, the creators of WALLACE AND GROMIT and SHAUN THE SHEEP. Shot in Aardman’s own distinctive style, the film will take audiences on an extraordinary journey into an exciting new world, unleashing an unforgettable tribe of unique and funny new characters voiced by an all-star British cast.

Set at the dawn of time, when dinosaurs and woolly mammoths roamed the earth, EARLY MAN tells the story of how one brave caveman unites his tribe against a mighty enemy and saves the day!

BEFORE the Twitter Party…
1 Early Bird Prize Winner who RSVPs and tweets about #EARLYMAN. Winner will be selected randomly from the RSVP list and announced at the start of the Twitter Party.

If you will be joining the party, RSVP below and Tweet now with #EARLYMAN and you’ll be entered to win the Early Bird Prize of a $50 Amazon Gift Card, EARLY MAN Blu-ray, and EARLY MAN branded soccer ball.