Your daughter comes home waving a math test in the air. “I got a hundred!”

You’re delighted, and as you pin the test in pride of place on the fridge, you tell her, “You are so smart!” 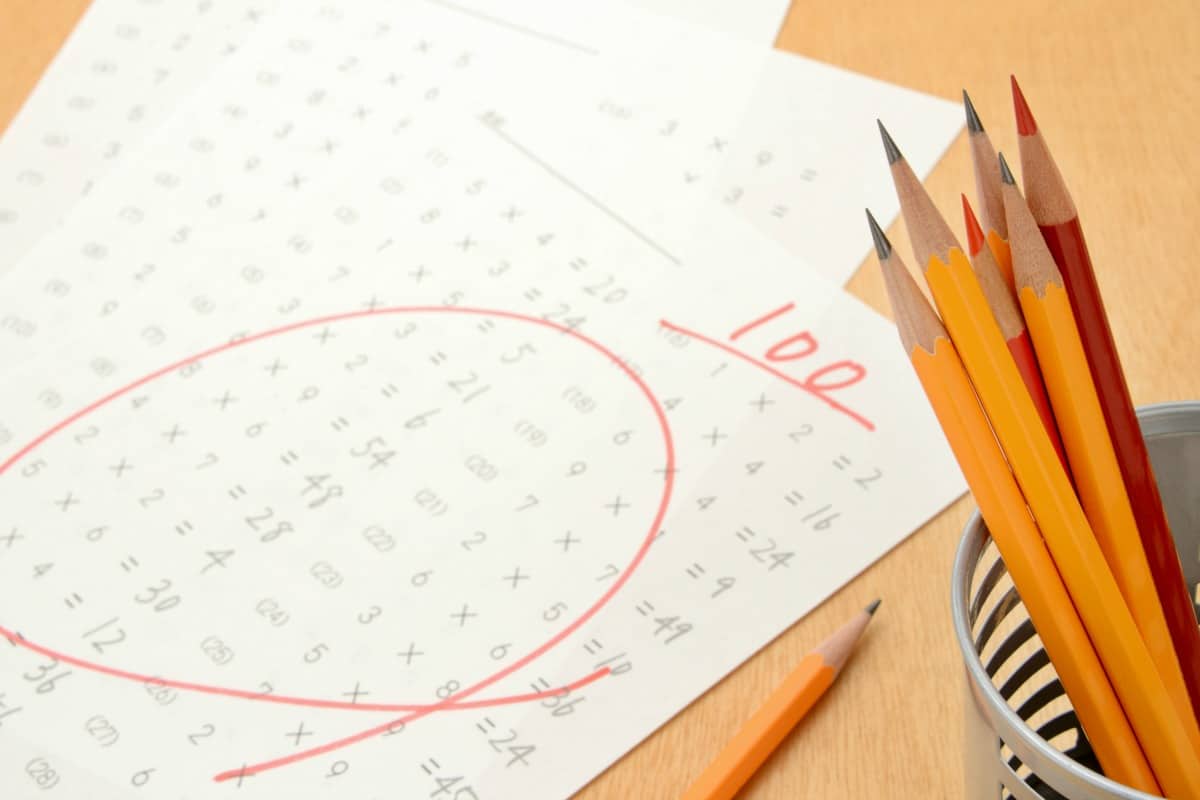 This scene plays out in countless homes every day, right? You’ve probably said those very words to your children more than once.

Consider this scenario. A week or two after that stellar math test, your daughter takes another one. Only this time, she winds up with a 70 percent.

Not a failing grade, by any means. Perfectly average. But here’s what’s running through your daughter’s head when she sees that score:

I aced that first test because I’m so smart. So my grade on this one must mean… that I’m not so smart after all.

That’s why you never even saw the second math test… until you cleaned out the backpack one afternoon and found it, shoved at the bottom of your daughter’s books.

She wasn’t afraid that you’d be mad — she was terrified that you would discover that she wasn’t as smart as you thought she was.

What the Heck Just Happened Here?

About a decade ago, researcher Carol Dweck and her Stanford-based team ran a series of experiments on hundreds of children across the United States and proved definitively that praising children (and by extension, people) for their intelligence instead of their effort throws them into a fixed mindset.

Praising people for their effort, on the other hand, shifts them into a growth mindset state.

In a nutshell: people with a fixed mindset believe that things are the way they are: you have a certain amount of innate intelligence, and there’s nothing you can do to change that.

People with a growth mindset understand that people can always learn new things, and that effort and hard work can absolutely pay off with results. 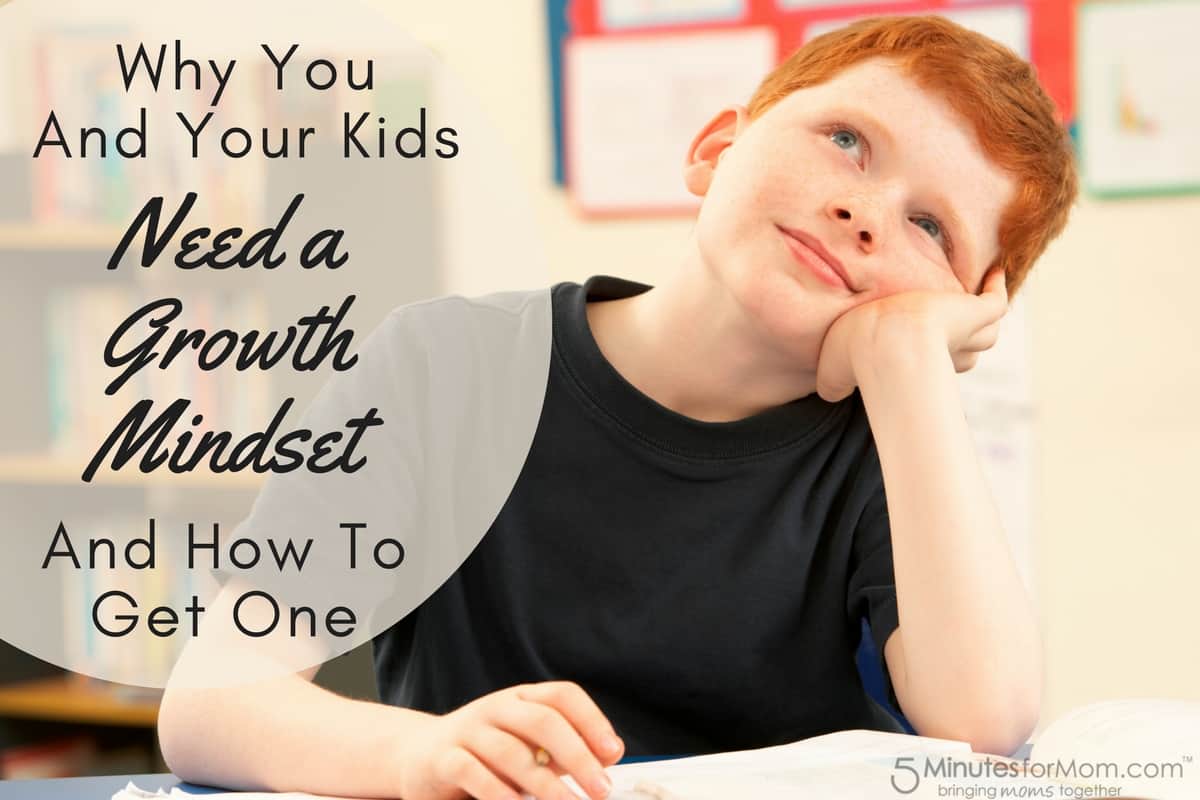 The view you adopt for yourself can profoundly affect the way you lead your life. What you believe about yourself and your most basic qualities can determine whether you become the person you want to be, and whether you accomplish the things you value.

When you have a growth mindset, you get joy from hard work. You know that you don’t have be the best in the world, and you focus instead on putting in your best effort.

Having a fixed mindset will set you up for a lifetime of disappointment. You’ll never try new things, because you might not be good at them, so why bother? You’ll deny yourself experiences, friendship, and happiness.

I can’t balance the checkbook. I’m terrible at math.

I’m not signing up for Zumba! I’d look like an idiot trying to do those moves!

I can’t possibly start a blog — I have NO IDEA how that stuff works.

Is it possible that you might have a bit of a fixed mindset — at least in some areas? Maybe? And if so, do you want to do something about it?

Working Towards a Growth Mindset

Think about how it feels to watch your baby learn to walk. She starts to pull herself up and your whole body moves forward with anticipation and love. She rocks back and forth, unsteadily, and you hold your breath. She lifts up a foot — and tumbles down.

What are the first words out of your mouth? Most likely, it’s something along the lines of “GOOD JOB! You did SUCH a GOOD JOB! What a GOOD GIRL!”

You don’t say, “Huh. Guess you’re never going to learn to walk. Might as well give up now!”

You don’t say that, right? Because that would be insane.

But we are ridiculously quick to tell ourselves that we’re doomed to failure when we can’t do something the very first time we try.

To cultivate a growth mindset, start paying a little bit of attention to that voice in your head. When it says things like, “You can’t do this. You’re not talented enough,” then SHUT IT DOWN. Tell that voice, “Listen, voice. I might not be perfect today, but I’m going to work at it. I CAN do this. I AM talented, and I’m getting better every day.”

Pay attention to the things you tell yourself, and work on actively reframing those messages for growth. Instead of, “You’re not as good as she is,” tell yourself, “She didn’t get there overnight. She worked hard, and I can work hard, too.” Instead of, “You’ll look like an idiot if you do that,” say, “I might make mistakes, but that’s how people learn.”

Don’t let that voice — that fear — control your life and your chance for happiness.

Give Your Kids The Gift of A Growth Mindset

We don’t tell our kids, “ You’re so smart! You’re so talented!” to make them into fixed-mindset people who are afraid of failure. But that’s often what happens.

When we say, “Wow, you did that so fast! You’re so smart!” or “Whoa, your drawing is AMAZING, you’re such an artist,” or “You’re like a prodigy on the piano,” — it sounds supportive, right?

But what our kids hear is:

If it takes me a long time to learn something, that would mean I’m not so smart.

I should only draw pictures of horses, because I won’t look like an artist if I try to draw anything else.
I should only play the easy piano pieces, because otherwise they’ll figure out I’m not that great.

Kids — and adults — love to be praised. But when we focus on praising people for “natural ability” or “intelligence,” instead of effort and hard work, we make it really, really hard for those people to handle any kind of failure and not see it as a reflection of their own self-worth.

If you want to help your kids succeed in life, the best gift you can give them is a love of challenging work. Help your kids seek out hard things to do, and to embrace the opportunity to make mistakes and learn from them.

So when your daughter shows up with her next test, you can tell her, “Wow, you really studied hard for that test. It must feel really good to have earned that A.”

When she’s struggling with her homework, try this: “I noticed that you didn’t give up the first time you got that math problem wrong. You tried a bunch of different things until you figured out what to do. I’m proud of you!”

And when she’s whining that her science project is going to take FOREVER, you can say, “Wow, you’re right. This is going to be a really tough project. You’ll need to do a lot of research and build the model and test it to make sure it works. You’re going to learn a lot while you’re doing this. That should be an amazing challenge!”

You won’t destroy your kids if you slip up occasionally and call them smart, but make a point of praising them for their effort regularly.

And while you’re at it, make sure you take the time to praise your own efforts, too.

Written by Abbi Perets, the founder of Successful Freelance Mom. She is a passionate champion for moms at home with kids who want to break into freelance writing. Sign up for the free 5-day course on how to be a freelance writer, and follow Abbi on Pinterest for more on growth mindsets, habits, time management, and freelance writing.

ShareTweetPinPocketMail
Around the Blogosphere – Add YOUR Giveaway Link #Giveaways
Books on Screen: My Cousin Rachel