Disney sent 5 Minutes for Mom contributing blogger Dawn Cullo to Los Angeles to attend a FEAST press day. Dawn’s expenses were paid for the trip but no other compensation was paid and all opinions are Dawn’s.

I attended the FEAST press day inside the Roy E. Disney Animation building and talked with the Producer Kristina Reed and Director Patrick Osborne. 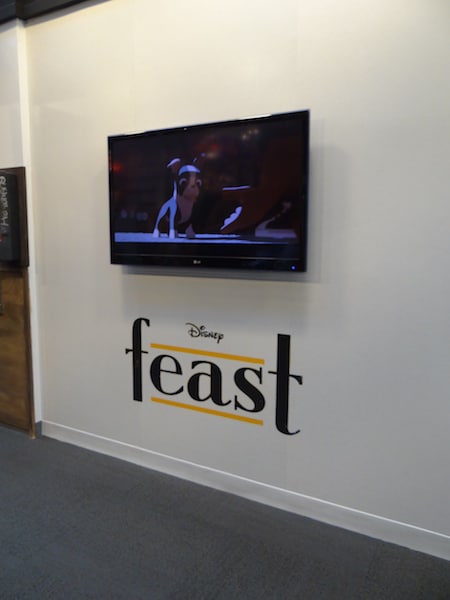 FEAST is the life story of a family through the dinners on their table.

Enjoy this clip of the short.

Inspiration for the movie came from when Director Patrick Osborne was helping his friend test an app called 1 Second Everyday by Caesar Kurlyama. Patrick created a video of dinners during 2012 and when edited down it was about a six minute video. He says that you can learn so much about your life just through dinners.

Patrick pitched the short and wanted to tell a story about a family and their meals through different times in their life. He thought it was important to add a dog and how they relate to the family and their patterns.

The dog in the short is based on a Boston Terrier. He wanted to make the dog simple, yet beautiful and needed a breed of dog with two tones.  Most importantly, there hasn’t been a Boston Terrier in Disney movies thus far. The name of the dog is Winston, there isn’t a real story behind naming the dog but he thinks it could have been the name of someone’s dog in High School. 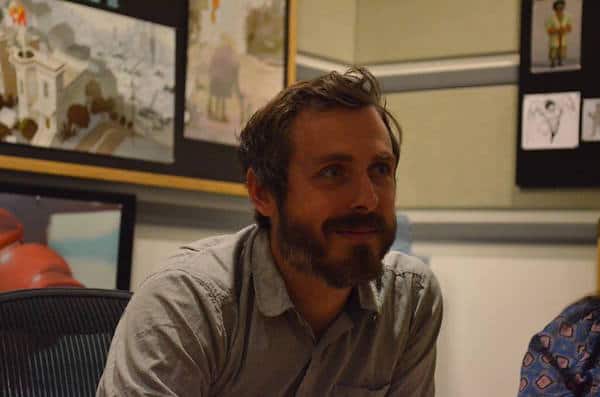 The process to complete the short was just a little bit over a year. They used a software called Meander to give the look of hand drawn animation.  The software will allow the animator to draw on top of CG information and uses the motion of the CG to do the in-between drawings. The software was invented during the movie THE PRINCES AND THE FROG and used on the Oscar winning short PAPERMAN.

The team on the short is interesting because the key roles such as Producer, Story and Director are set from the start.  But then the team is added to once they have finished tasks on BIG HERO 6.  There were about seven of the same artists on the project at all time. 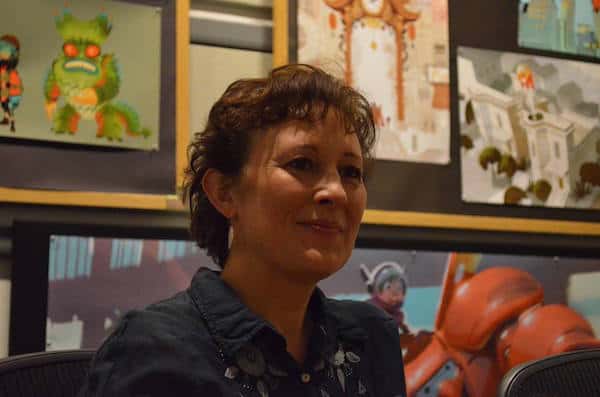 The food in the short was basic food such as spaghetti, nachos, waffles and meals that were easily recognizable on screen.

One of the moments that was removed from the short that Patrick enjoyed was a scene where Winston was on the table eating.  He loved that feeling of the shot because it was a party atmosphere. There is a great feeling for a dog to be promoted from the floor, to the chair to the table.  However, John Lasseter felt that people may think that it was gross to see a dog on the table eating.

The significance of the parsley on the food was inspired by Chinese takeout food that Patrick used to order.  The parsley in the FEAST was iconic and used throughout the short so and attached to the female character. 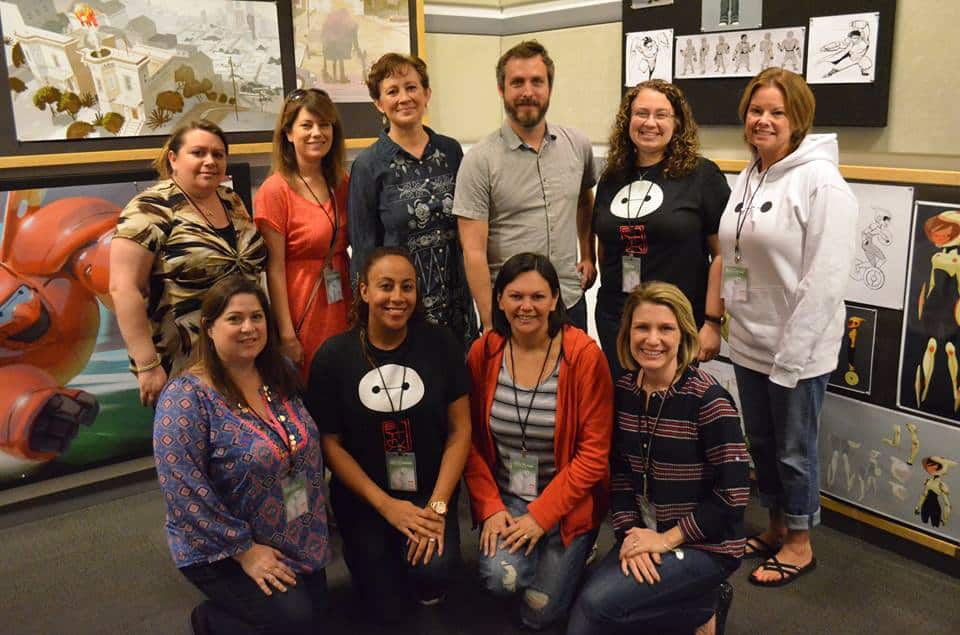