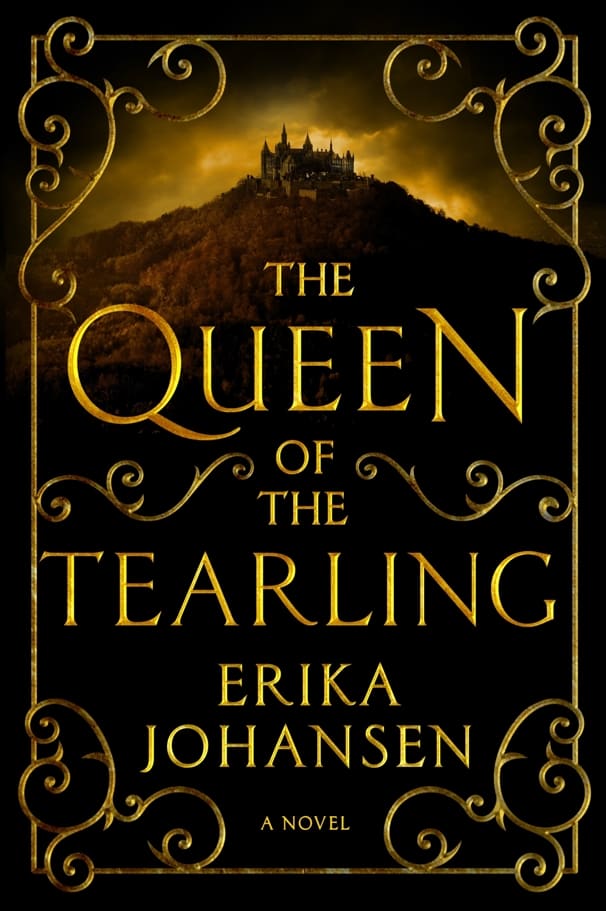 Given the chance to start over, would humanity actually change or would our societies still be plagued by the same problems we face now–corruption, exploitation, violence, poverty and disease? Author Erika Johansen imagines a world in which humanity attempted to begin anew in a sort of utopia, only to find themselves within a few hundred years living in a sort of medieval world, with horses as transportation and swords and arrows for weapons, and feudalism and sex-trafficking and slavery all functioning as well. But the story opens with a bookish and isolated girl hiding in a tree, watching the horsemen come and knowing this is the day her life irrevocably changes.

Kelsea has always known that on her 19th birthday, she would ascend the throne. But she’s been raised in secret, hidden away in a cottage and trained by an elderly couple who swore to her mother, Queen Elyssa, that they wouldn’t reveal her failures. As a result, Kelsea is in many ways woefully unprepared since she hasn’t been taught recent history and has no real idea of the condition of her kingdom.

That’s not her initial problem though. Once she leaves the cottage, escorted by the grey-robed Queen’s Guard who obviously view her as little more than a spoiled child, she will have to survive many attempts on her life before she even arrives at the capital, where she will meet her uncle, who’s been serving as Regent in her absence. The story of Kelsea’s arrival in the city of New London was so fantastic that it made me want to cheer, and yes I do feel goofy writing that. It’s a terrific scene, where she takes a stand no one expected her to take, one that leaves her kingdom in a state of upheaval and uncertainty but also brings many to support her.

I suppose that was also a sort of spoiler, but come on–did you really think you’d read a book called “Queen of the Tearling” and not have it be about the queen? Also, each chapter opens with a quote from a Tearling history book, which gives little clues.

The Queen of the Tearling

is a fantastic book. It’s the story of a girl’s coming of age, but it’s also a story of social justice. My one problem is that the author’s view of Christianity is thoroughly stuck in the abuses of medieval Catholicism, but she manages even that by introducing a genuine believing priest, not simply one in it for the money. As Kelsea navigates events as diverse as gaining the loyalty of the guards, managing her independently-minded lady in waiting, or outwitting the powerful sorceress who rules the neighboring kingdom (and whom Kelsea has already managed to infuriate), she continues to struggle with feelings of insecurity. It’s also a challenge to rule when those closest to you have sworn oaths to your dead mother that they refuse to break–so that Kelsea doesn’t know who her father was, and she has to discover many things for herself. There are touches of mystery and romance as well as magic, contained in the mysterious blue jewel Kelsea has always worn around her neck–the sign of the Queen of the Tearling.

When a book gets a lot of hype, I’m always skeptical, but I have to say The Queen of the Tearling

lived up to it. It’s a great read, just a really good story. It’s also the start of a trilogy (which makes me really happy) and they’re talking about making a movie of it. Apparently Emma Thompson will star which bothers me, because she’s beautiful and gracious and Kelsea is supposed to be plain and a little awkward. Sigh. Once again, let’s all say it together; “Do they even read the book?”

This book would be fine for older teens. There’s no sex per se, but there are plenty of references to things like brothels, drug abuse, domestic violence, and other things that wouldn’t exist in an ideal world.

I think this trilogy is going to be the next big thing, so read it now! I’m thrilled to announce one of you can win a copy. Follow the instructions below to enter and tell me: on a scale of 1 to 10, how much are you bothered when characters are clearly described as plain in books but are made stunningly beautiful in movies?