Relativity Media paid Jennifer D.’s expenses and provided access to the cast and crew of The Best of Me movie. Our writer’s opinions are her own. 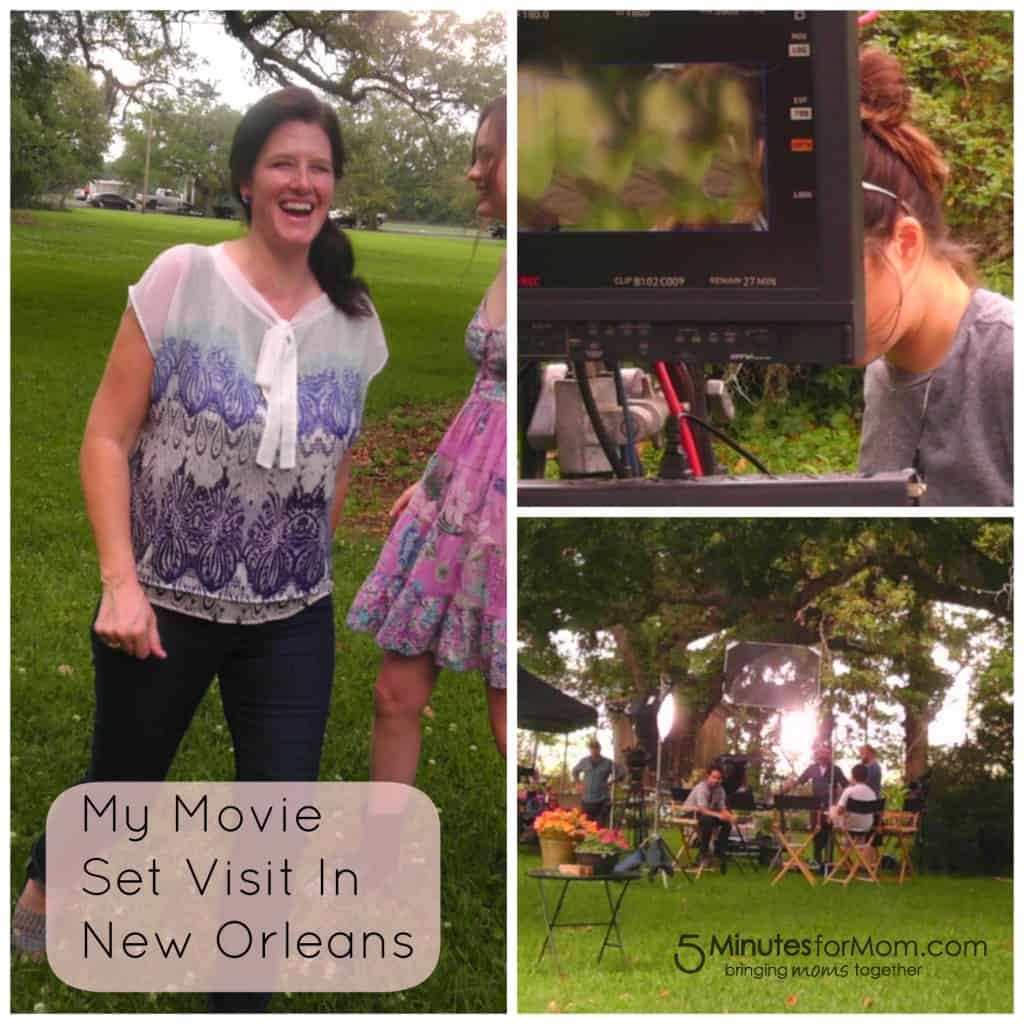 I got facetime with the producer and author Nicholas Sparks, the actors James Marsden, Luke Bracey, Michelle Monaghan and Liana Liberato, but I’m not saying anything about the movie or the interviews I did.  I’m not even sharing my pics right now (but you can read my review of The Best of Me book at 5 Minutes for Books). You’ll have to stay tuned until closer to the movie’s release in October to get that dish, but I hope you will enjoy a little peek into what really happens on a movie set:

It was a lot of fun

Not only did I enjoy every bit of the experience (that’s me in the collage above, in case you were confusing me for a movie star), but I could tell that the cast and crew were having a lot of fun too. They seemed relaxed and at home with another. They were about to wrap filming, so they had been together for several weeks. It was awesome to see them enjoying themselves, while filming and when they were off duty, and I hope that comes together in the finished product.

You’ll hear more about my interviews closer the the October release of The Best of Me movie. I can’t wait to share with you. In the meantime, read my review of the book over at 5 Minutes for Books. It will make a great summer read.

And yes, I did say my first visit. I’m hoping that another opportunity will present itself again, and if it does, I’ll be sure to share all the fun with you right here.