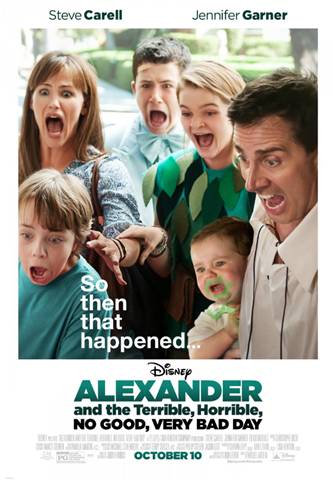 When I first saw the trailer for this movie I had no idea what it was going to be about and I honestly didn’t even know it was a based on a book. As the trailer started I was “in” because it looks like a really funny family comedy and stars Steve Carell and Jennifer Garner.

Disney’s “Alexander and the Terrible, Horrible, No Good, Very Bad Day” follows the exploits of 11-year-old Alexander (Ed Oxenbould) as he experiences the most terrible and horrible day of his young life—a day that begins with gum stuck in his hair, followed by one calamity after another. 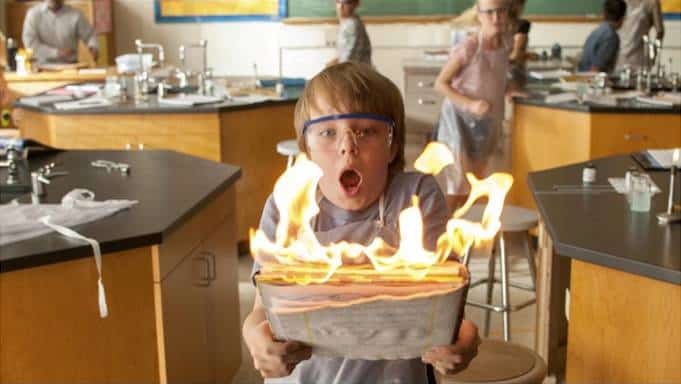 He soon learns that he’s not alone when his mom (Jennifer Garner), dad (Steve Carell), brother (Dylan Minnette) and sister (Kerris Dorsey) all find themselves living through their own terrible, horrible, no good, very bad day. Anyone who says there is no such thing as a bad day just hasn’t had one. 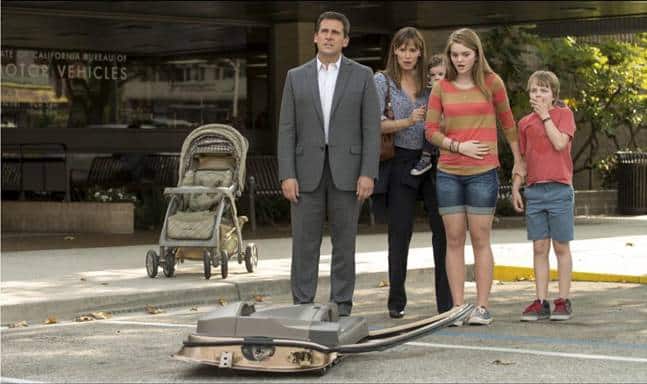 Alexander and the Terrible, Horrible, No Good, Very Bad Day,” published in 1972, was written by Judith Viorst, illustrated by Ray Cruz and inspired by Viorst’s sons Alexander, Anthony and Nicholas. With more than 2 million copies in print, it became an ALA Notable Children’s Book and won a George G. Stone Center Recognition of Merit, a Georgia Children’s Book Award, and distinction as a Reading Rainbow book.

Did you know “Alexander and the Terrible, Horrible, No Good, Very Bad Day” is the first live-action film adaptation of the children’s classic. There has been a HBO animated musical in 1990 and a 1998 stage musical at the Kennedy Center in Washington, D.C.

ShareTweetPinPocketMail
A National Survey on Natural Food Coloring: Your Opinion Matters!
Surprising Lessons from a TV Show about Football #FridayNightLights