If you would have told me a few weeks ago that I would be in love with a flying monkey, I would have told you to go take a flying leap! Monkeys are just not my thing, but then — I met Finley and fell head over heels in love. 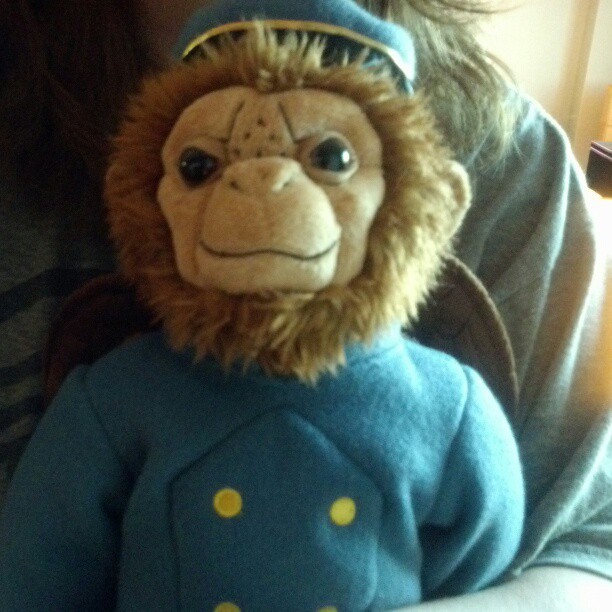 Finley is played by Zach Braff — whom you may know for his role on the hit television comedy series Scrubs. I have watched a few episodes, but now after meeting Zach in person, I am going back to watch all of them. He is hilariously funny, and not to mention completely adorable. 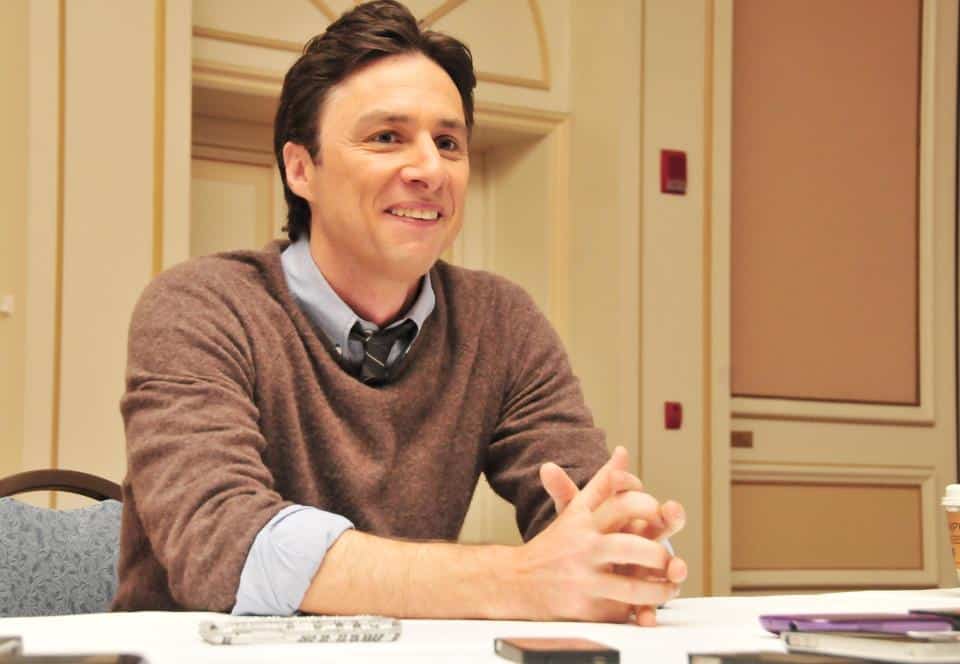 Photo credit: Jeanne Sager from Inside Out Motherhood

Zach walked into the interview room and you could tell he was surprised to find 25 mom bloggers staring at him with star struck looks on our faces. We were all so eager to find out if he was as funny in real life as he was on camera. It did not take us long at all, because within minutes of sitting down he had us all laughing hysterically.

Zach started out talking to us about his most important prop in the movie — his little black box. Because Zach’s character is animated, he spent most of his days crunched down in a tiny space made for a small child. Zach laughed and told us, “Sometimes I was like just scrunched down like in this blue screen Onesie, which is really adorable and for six months no matter how many times I put it on, everyone pointed and laughed at me. I sat on my butt and kinda hunched over, I was thirty-six inches tall.  Other times there was a puppet that I would kind of operate when he needed to be like flying and stuff.” 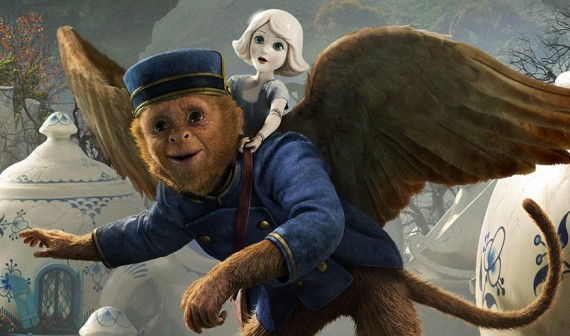 During the filming of the movie, Sam made sure that Zach and James spent quite a bit of time improving some of their lines. For a comedian like Zach, this is a perfect way to work, simply because comedians, in my personal opinion, work best when their lines are not completely scripted and they have freedom to ad lib. I think that is what makes Finley so freaking adorable.

Zach’s favorite part of the entire movie is when they discover China Girl. It’s just a very sweet moment between wizard, girl, and monkey. Zach said during the filming of this portion of the movie, that it was so moving, he really started to tear up, so he approached Sam about having Finley do the same. It fit so well and worked so great for that portion that it made it into the movie.

This was one of my favorite scenes as well, because we get a look at the heart of the wizard — his good heart– that Glinda knows he has.

Zach saw the movie in its entirety the night of the premier. He was a little nervous because he wasn’t for sure if the would be able to capture everything he was trying to portray in Finely — both through animation and through his real life facial features and movements, but he told us, “I finally saw the movie for the first time, fully photo-real and realized, how exciting it was for me. It really did get my little subtle face ticks, and things I never would have thought they would have picked up in the eyes.  They did a great job capturing Finley.  It made me really happy that they got it all.” 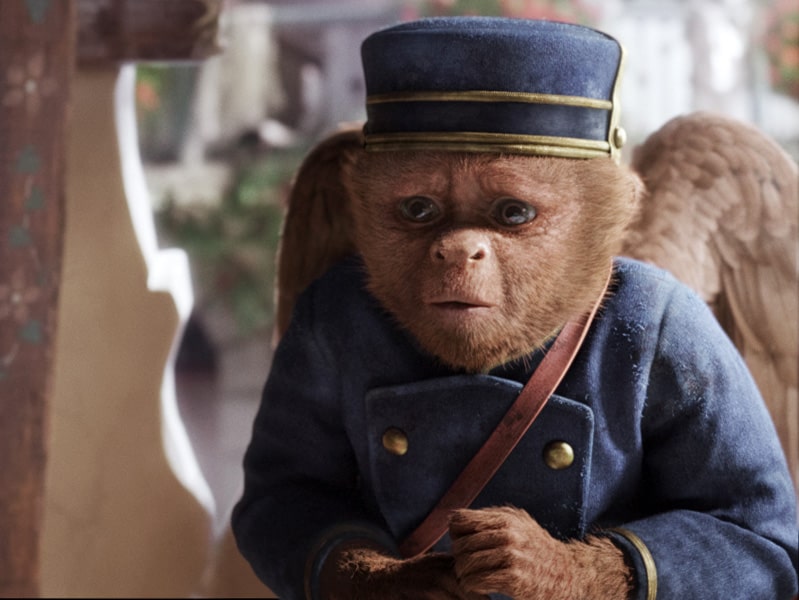 Zach definitely made our interview experience once to remember. He loved the fact that he was the tallest when we took our group photo with him. 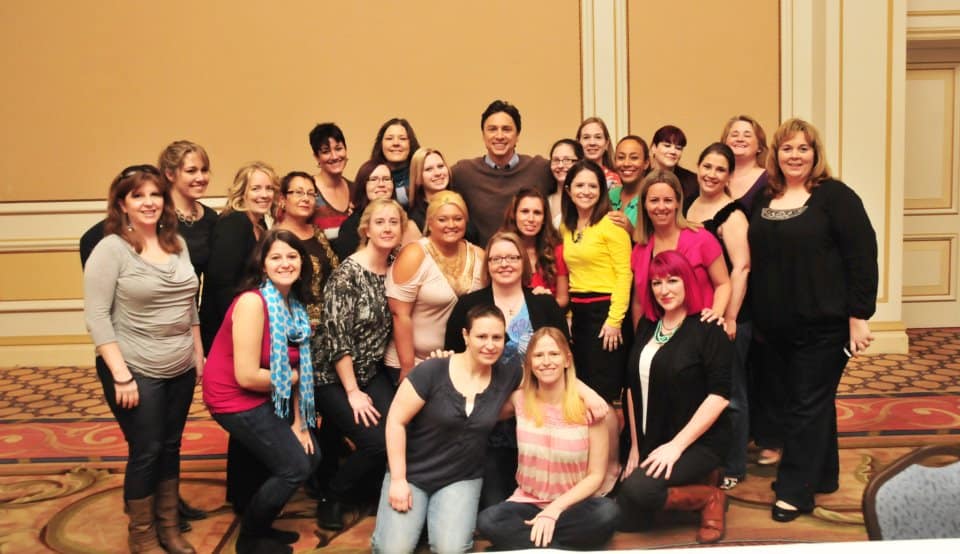 He was extremely excited to find out in the short 15 minutes that we interviewed him that 25 women could make #flyingmonkey trend on Twitter. He laughed out loud and said to all of us, “You mom bloggers have scary power. You can unite for the good!”

Oz the Great and Powerful is now open in theaters everywhere. Go with your family and watch the adorable Finley on screen. I promise that you will totally fall head over heels in love with him and Zach both!

I was sent on a press junket to cover the premier of Oz the Great and Powerful. All opinions listed are 100% my own.