The Oscar nominations were announced yesterday morning and The Walt Disney Studios’ earned 17 nominations! How exciting for them.

Lincoln received 12 nominations including Best Picture and is the most nominated film of the year. Brave, Frankenweenie, Wreck-It Ralph, Paperman and Marvel’s The Avengers all received one nomination each. Disney definitely knows how to make a movie worthy of an Oscar! 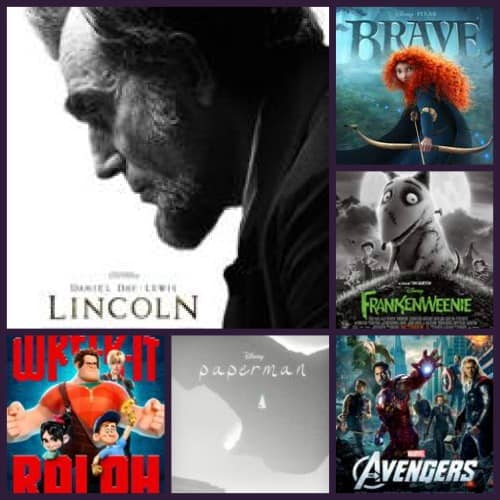 The 85th Academy Awards will air live on ABC on Sunday, February 24. Visit Oscar.com for a complete list of the nominations.

Stephen Spielberg had this to say about the 12 nominations for Lincoln:

“We are absolutely thrilled and astonished with the 12 nominations. It is such a tribute to the work of those who joined us in this 12-year journey to bring LINCOLN to the screen. We humbly thank the Academy members who honored so many of us.”

Which one of these Disney films would you want to win an Oscar?

ShareTweetPinPocketMail
Pin It Friday – What Are You Pinning?
Want to Spark Creativity? Tell a Story with the Tellagami App!