With petals unfurling and leaf buds bulging, spring is slowly making its way to my corner of the northeast. And with it comes an abundance of spring vegetables, my favorites being asparagus and leeks. 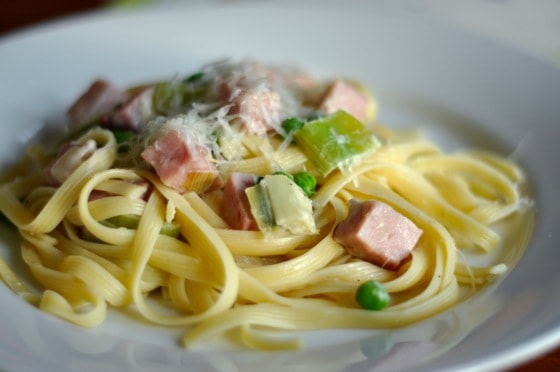 I’ve been chewing stalks of asparagus since I could walk, but my love of leeks didn’t come so easily. Many years passed in my kitchen without me so much as touching a leek. If a recipe suggested leeks, I would either skip it or grab a bunch of the leek’s more common cousin, the scallion (also known as green onion). 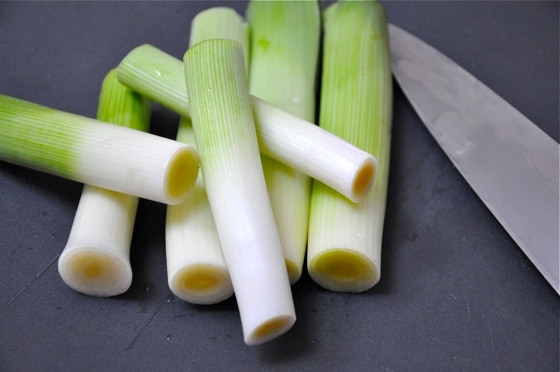 But when my four little foodies insisted I recreate a favorite restaurant soup that contained leeks, I figured I must persevere. And I found that these clumsy overgrown onions actually have a much more demure personality than their smaller relations. When cooked, leeks add a soft sweet layer of onion flavor that pairs perfectly with soups and warm pastas. 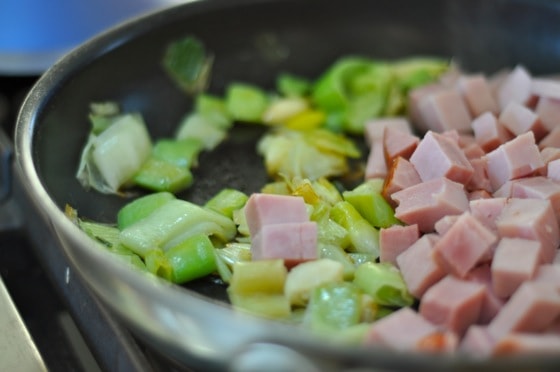 For this dish, I chose a type of pasta with slight ridges (that’s what the “rigate” means) so the cream sauce would hold on to the pasta instead of puddling at the bottom of the serving bowl. And for those who don’t like the chore of cleaning those sandy leeks, visit your grocer’s freezer. I was delighted to find frozen sliced leeks at Trader Joe’s, so there may be other stores out there that stock them. 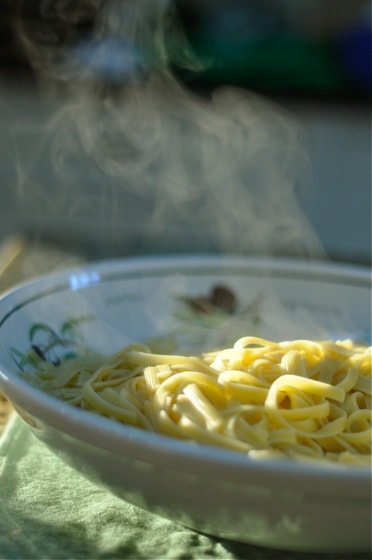 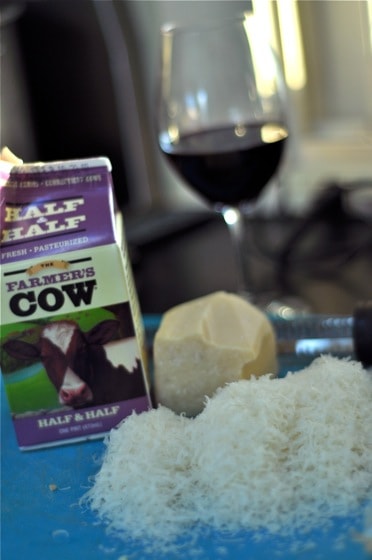 With the pink ham and bright green peas and leeks, this tasty and light pasta helps you put the colors of springtime on your table, even if it’s not quite in full bloom outside. Enjoy!

Spring Fettucine with Ham and Leeks

Author: Lee of Foodie Plus 4
Servings: 6 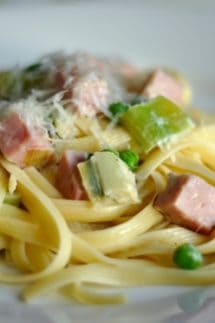 If using fresh leeks, be sure to cut off the tough upper greens. Also, for easier cleaning, split the leeks down the middle and rinse between the layers to get out any sand.

ShareTweetPinPocketMail
Bloggers, Do You Take “Holidays”?
Wordless Wednesday – Sophia Is As Sweet As Spring

In addition to being a food blogger, freelance writer and copy editor, Lee is a wife, mother of four, sister to four brothers and friend to many. On any given day you will find her either at the grocery store, planning to go to the grocery store or wishing she had. By writing about her food adventures at Foodie Plus 4, Lee hopes to connect with others who are loving life with lots of flavor.