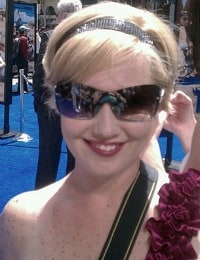 Christie is a former news producer, turned freelance writer, runner, and, most importantly, mom to two! She writes at Average Moms Wear Capes, (because, yes we are all superheroes!) and we are thrilled have her writing for us here, covering fabulous assignments in NYC and LA, while we stay home and do the dirty work. Wait… what?!? Something’s wrong here…

Speaking of fabulous assignments, Christie’s first job for us was to board a plane and head to LA to cover the premiere of RIO. Nice gig! 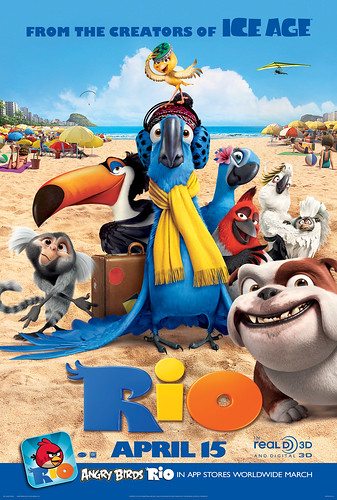 I got a chance to fly out to see RIO (from the creators of the Ice Age series, Robots and that Joe’s Apartment cockroachy movie from the 90’s) for the star–studded movie premiere in Los Angeles, complete with blue carpet of course to match the star of the movie himself, a blue Macaw named, well, “Blu.”

And let me tell you, I’m a sucker for a good animated film, I mean who needs the kids around for a quiet afternoon of kids movies? Not me! (Is that weird?)

The cast of RIO overfloweth with big names: Oscar-nominees Jesse Eisenberg (from The Social Network) as the voice of “Blu” and the beautiful purpley bedazzly Anne Hathaway as his female blue Macaw counterpart, “Jewel.” 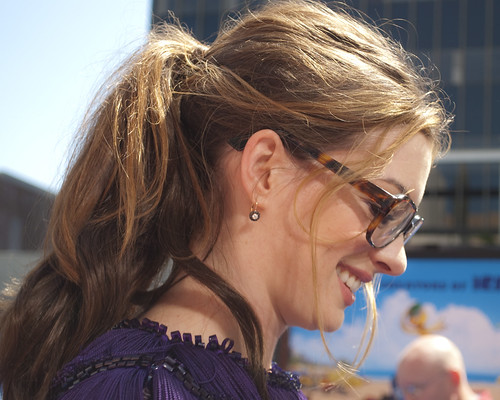 I’m not going to flutter around it; I loved RIO!

It was multi-dimensional and not just because of its wild 3D animation (which was great!), but because it takes you on a colorful soul-searching journey for one of life’s basic necessities: the ability to believe in yourself. That and there’s some adult humor that the kids won’t get (“Yipee Ki-Yay Monkey Man!” — only I don’t remember them saying “monkey man” in that other movie…I’m just sayin.)

RIO is a story about the last male blue Macaw named, “Blu” and his human best friend/slash/mom, “Linda” (voiced by Leslie Mann) who live in the quiet suburbs of Minnesota. Blu has a severe confidence problem: he doesn’t know how to fly and in fact, he’s sort of become a mama’s boy and has grown perfectly content with it with his feet firmly planted on the ground.

That all changes one day when a scientist named Tulio shows up at their door saying that he has the last female blue Macaw, he wants to save the species, and they all need to leave for Rio right away to save it!

Which means a little birdie va-va-va-voom! Something Blu is not sure he’s quite up for. 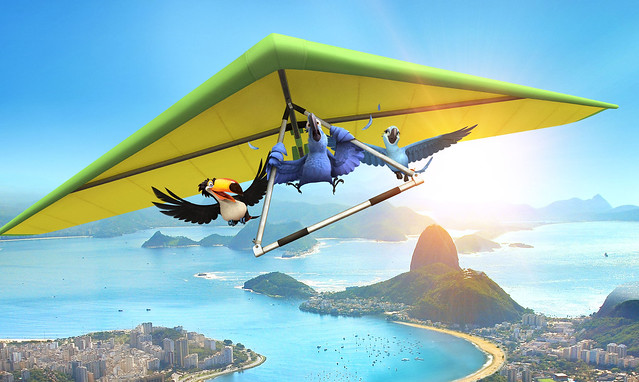 Eventually they go to Rio, and that’s where the adventure begins! Blu meets Jewel, things are anything but “va va va voom,” they get into some trouble when they meet up with an evil cockatoo named, “Nigel,” there’s chasing, there’s dancing, there are large men in tight gold, sequinned outfits that are way too small for them, this film has it all!

“RIO is all about getting out of your own way and pushing expectations aside – of being in the moment and letting yourself fly,” sums up Anne Hathaway.

And that’s why I love it so much. Not to mention the beautiful, vivid brilliant colors that capture the feel and magic of Rio during Carnival (or what I would imagine it to be).

If the dialogue doesn’t draw in the kids (which it should – it’s funny and laced with that sort of “ick”-humor that kids love too), they’ll undoubtedly be dazzled by the beautiful colors and shiny objects at the very least.

I LOVE this soundtrack! The eclectic drum beats, the music that moves you, all done in large part by will.i.am and Taio Cruz, make you want to samba in your seat! Anne also happens to make her singing debut (I had no idea she could sing like that!) Jesse, however, also does some singing and he is no Anne (sorry Jesse). It’s really just a bunch of his monotone, yet humorous, deadpan-ness set to music but it’s still quite charming.

One of my favorite parts was walking by Jesse Eisenberg at the end of the film while he watched the credits; I wanted to lean over and nudge him with my elbow and congratulate him for a job well done (movie premiere etiquette?) but I was happy enough to have that moment to myself. 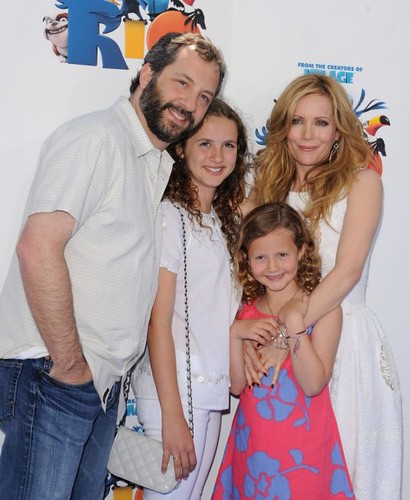 There’s a little bit of fighting in the film but definitely on a smaller scale than other animated films I’ve seen, so overall I think it’s just simply very fun and a hit for the whole family. In fact, RIO, which is a 20th Century FOX movie, is rated “G” and was just awarded the seal of approval by the Coalition for Quality Children’s Media! So go see it! You’ll enjoy it!

Would you and your family like to see the movie? To enter, leave us a comment about what kinds of movies you like to watch with your kids. Are you an animated fan — kids or no kids?

All you have to do is comment below! This giveaway ends on April 22nd, and we will announce the winner on April 23rd. Please see our site’s Terms and Conditions of Use.

I have got more RIO coverage to come — video with the stars on the “blue” carpet and an awesome roundtable discussion with RIO star, Leslie Mann, where we talk about stardom and parenthood (and you’ll find out if she has all the answers because I sure don’t!)

Disclosure: FOX paid my expenses to attend the press junket for Rio, but any opinions about the experience or the movie are completely my own.