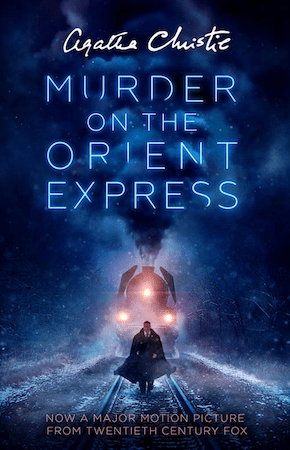 Agatha Christie, Queen of the Golden Age of British detective novels, needs no introduction, and one of her most famous books is Murder on the Orient Express. For those of you who haven’t read the book, I’ll sum up the plot. Hercule Poirot, Christie’s famously fastidious and clever Belgian detective, with his egg-shaped head and enormous mustaches, has just averted an international crisis in Aleppo,when he’s called to change his plans and return immediately to London to deal with another pressing case. Surprisingly, the train from Istanbul to Calais is fully booked in the middle of winter, but with an odd assortment of people–a governess, an army doctor, a missionary, a Hungarian Count, an elderly Russian princess and her German maid. Also on the train is a man named Ratchett, his valet, and his secretary. Ratchett has lived a life of shady dealings and violence, and he travels with a gun and tries to persuade Poirot to function as a guard for him, which Poirot refuses to do. The next morning, Ratchett is found dead, stabbed 12 times. Yet the conductor sat in the corridor all night, and swears no one entered the room. Additionally, while some of the stab marks are deep, others seemed to glance off the body, or to have been delivered by a weak hand. There are lots of clues, but all point in wildly different directions. The train is blocked by a snow drift, so Poirot has time to interview the passengers and solve the case.

I’ve been an avid and voracious reader since I was 6, so it will come as no surprise to learn that I typically hate movie adaptations of books. When I received my movie tie-in edition of the book and looked at the photos, my heart sank. I was pretty sure I was going to hate the movie.

Surprisingly, I didn’t. I have some complaints, which I’m going to tell you about (lucky you!), but overall I enjoyed the film. I even recommend it–it’s a fun film that will appeal to a variety of audiences, so that you might actually be able to get your family to agree on something. 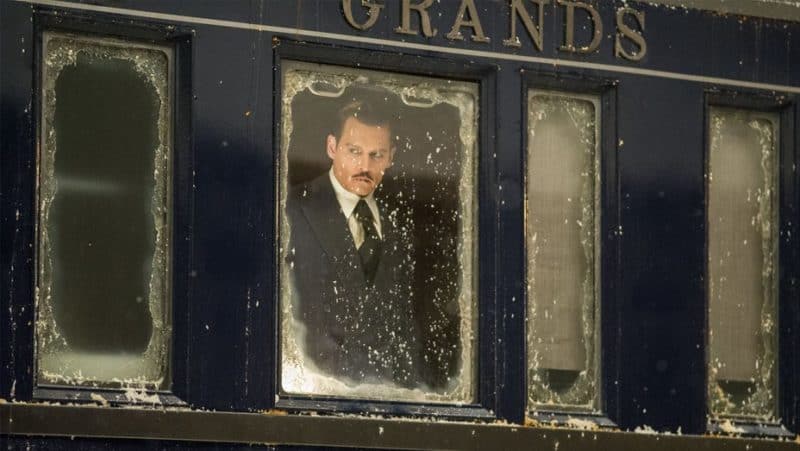 Other reviews have fixated a bit on Kenneth Branaugh’s mustaches, and I agree with the criticism. They are ridiculous. In his defense, in the books Poirot’s mustaches are always called just that, so I am willing to give them a pass. What I CAN’T pass on, however, are his changes to the character. If Poirot stepped in horse droppings in the book, he would probably feel faint and have to return to his hotel and change. In the movie, he deliberately steps with the other foot so they’ll be equal. NOOOO!! I felt like shouting. The other big problem is his sentimental sighing over a picture of a long-lost love. It’s true Poirot could be sentimental, but I don’t think he would ever sigh over a photo that he carried next to his heart for life.

The major difference between the book and the movie is that the movie definitely spices things up! Instead of the character of Mrs. Hubbard being a plain, almost laughable middle-aged woman who fusses about things, she’s a sexy widow played by Michelle Pfeiffer, who makes risqué jokes and comments like “I know what it’s like to have a man in my bedroom!” This bothered me at first, because I do get tired of Hollywood only ever managing to film beautiful people. One of the things I like about British cinema, for example, is how ordinary many of their actors look. Even my beloved Olivia Coleman (from Broadchurch and The Night Manager), here playing the German maid, is filmed with a softness and glamour that doesn’t really fit the character at all. The very plain Swedish missionary has been transformed into Penelope Cruz (lucky her!). Although I think the original Mrs. Hubbard would have actually been a lot more of a comic character, I know they want to sex things up a bit for a modern audience. 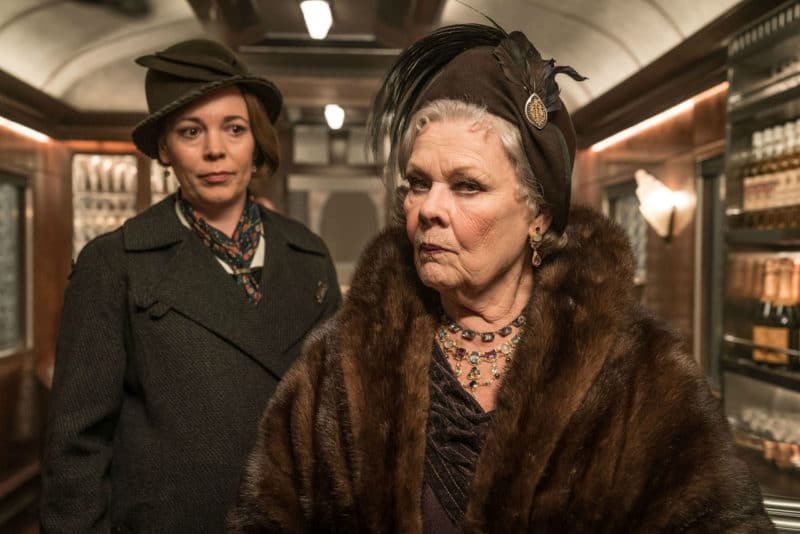 They also wanted to add in a bit of diversity. The British army doctor Colonel Arbuthnot is now played by black American actor Leslie Odom.  Manuel Garcia-Rulfo plays the chauffeur Biniamino Marquez, a character who originated in the novel as Antonio Foscarelli. I liked adding a bit of color to the  cast, and it definitely felt fresher.

There is also a lot more action. The book itself consists mostly of Poirot sitting in the restaurant car interviewing people, so they properly added in some movement. Whether he’s meeting the governess (played by Daisy Ridley) by serving her coffee at a little table set up in the snow, or actually chasing a fleeing suspect down some rickety scaffolding, Branaugh’s Poirot is definitely more active than the original. The thing is, a movie needs this. Books and movies are very different genres.

So, if you’re looking for a film that just might satisfy everyone this holiday weekend–from your mother-in-law who loves mysteries to your teenager who loves period films, this one just might work. Enjoy! 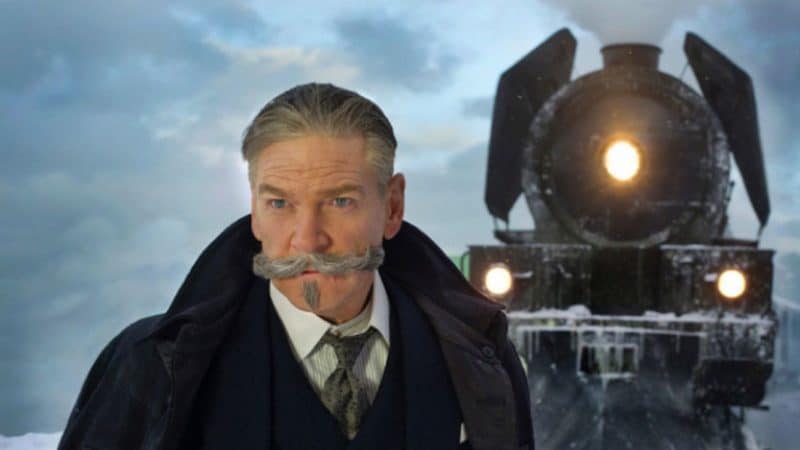 See what I mean about the mustaches? Also his head is not egg-shaped. But you can’t have everything!