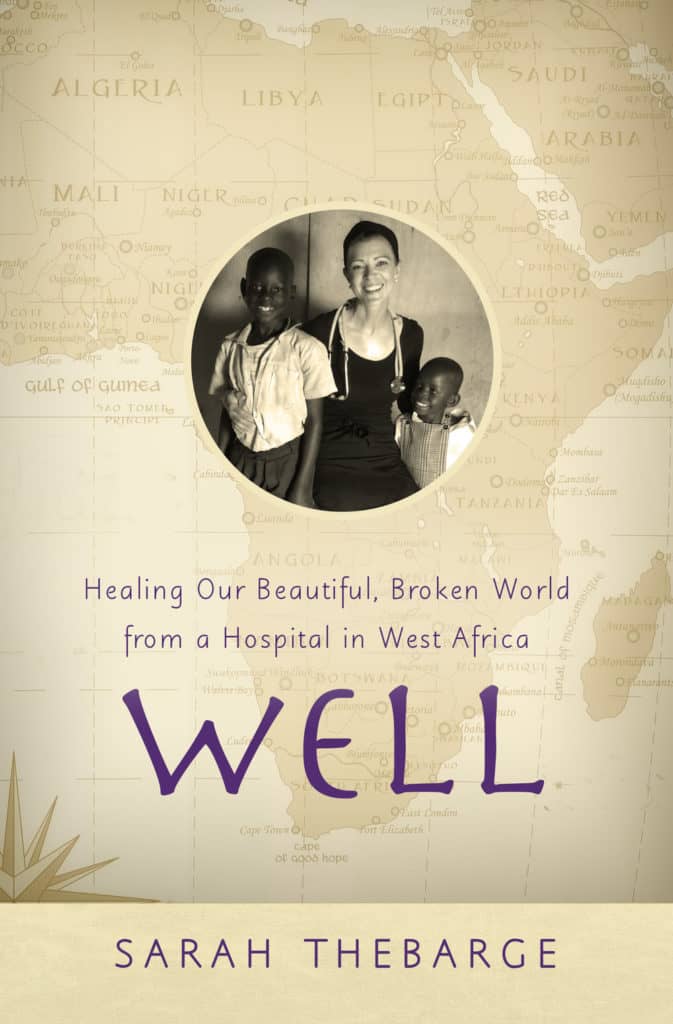 Sarah Thebarge had always dreamed of doing medical missions in Africa, but a serious battle with breast cancer left her unable to follow that path. She got to know some Somali girls while living in Portland, OR, and her experiences with them led her to write Invisible Girls which detailed both their story and her own. (Linked to my review over at 5 Minutes for Books). Sarah has 2 Master’s degrees; one in medicine from Yale and one in journalism from Columbia. She is a qualified PA. And so, when the opportunity came for her to work in a hospital in Togo, West Africa, for 3 months, she jumped at it. Well is one of the results.

When Sarah arrives at the airport in Togo, a mix-up means there’s no one there to meet her. A man, hoping she’ll give him money, pesters her to help her with her bag, and she can’t get rid of him. Finally a woman from a neighboring country, who speaks English, asks if she needs help. She gets rid of the man for Sarah. Then she says to her, “Sista, if you don’t mind, are you sure you’re strong enough for Africa?” And at the moment, Sarah has serious doubts.

Sarah’s writing is always fiercely honest, which is something I love about it. She details for us the hardness of her journey, her doubts about the missionary families she works alongside, and the heartbreaking and soul-crushing reality of working in a small bush hospital in the developing world, watching people die in front of her from illnesses that could have been treated and even cured in America. She writes of the hospital running out of water, of the desperate steps taken to conserve what was left, of a young mother going into premature labour because of dehydration and delivering tiny twins, so small that each fit into the same shoebox in which they’d be buried. She writes of delivering bad news after bad news, telling one patient that he had terminal liver cancer, telling the next that her baby wouldn’t survive the cerebral malaria causing her to spasm. She writes of how the panga, the length of cloth mothers use to tie their babies to their backs, was all too often a shroud for their tiny bodies.

In between, she writes how difficult it was to fit in to the personality of the hospital. The other missionaries are theologically more conservative than she is, as well as being perhaps slightly more old-fashioned in their outlook on missions. One example that she criticizes is their habit of importing food from the capital, a 9 hour drive each way, rather than simply eating the local food. I certainly understand her dismay, but I also think if that’s what it takes to enable people to live there year in and year out, let them have their beef and cheese. A more valid concern, in my opinion, is their separation of Togolese and American staff. 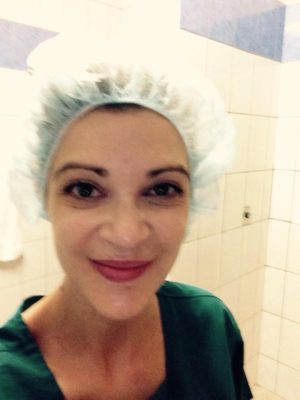 Sarah is also honest as she wrestles with God. Early on, she writes, “I wondered if it was possible for a place to be literally God-forsaken,” she writes. “Because if it was possible, then surely Togo was that place.” Of course from my comfortable American living room I saw the problem immediately. I wrote in my copy of the book, “No, because he sent you and the others there.”

But I understand her feelings. I spent 6 years in West Africa myself. I remember an American friend telling me about going to the local hospital with a friend in labour; while she was there, 5 babies were born, 2 survived to go home with their mothers. Another local friend told me when she was in labour with her first son, she delivered him alone because it was Ramadan and all the hospital staff were breaking their long fast. When one of my kids stepped on a rusty nail and the doctor wanted to update all of my children’s tetanus shots, he could only immunize the one–there was only one dose available in the entire country. I could also relate all too well to the obnoxious man at the airport, and Sarah’s inability to deal with him. 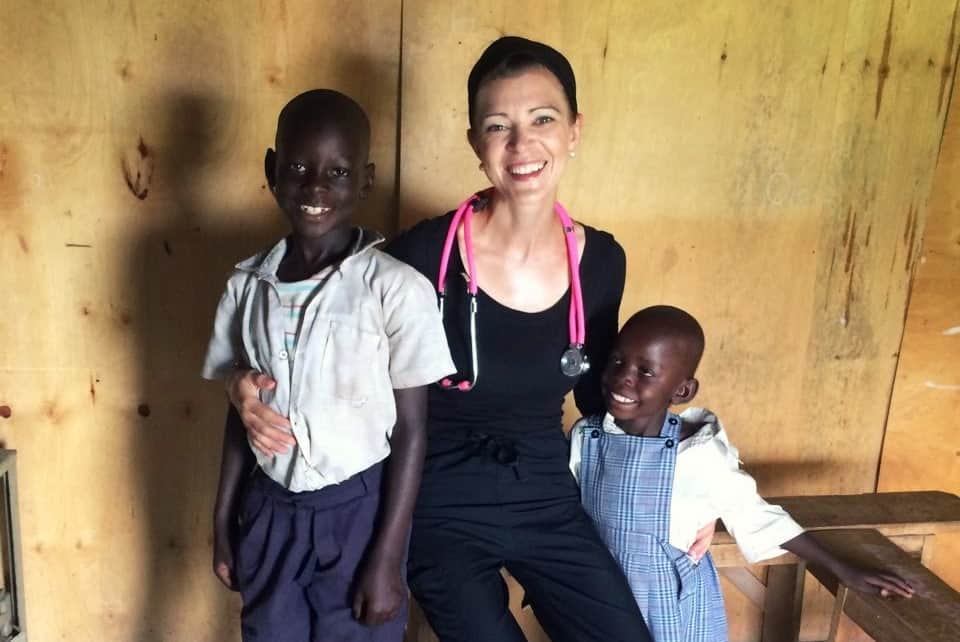 The title of the book is interesting as well. “Well” has the connotation of much more than health, Sarah muses towards the end of the book. It’s the idea of having a sense of balance and peace in your whole being. Unlike a cistern, a well is something filled from the inside out. As Sarah wrestles with what it means for her to live with the Togolese people and love them, she brings us with her on her journey. She faces up to the platitudes and ways we deal with sorrow and suffering, and powers through until she gets an answer she can live with, working through layers of meaning to get at the bedrock of truth underneath. The book offers a rare glimpse at the reality of life in a remote, poverty-stricken place, and the dignity inherent in every human being. I may not have agreed with all of her concerns, but I loved her conclusions. I highly recommend it.