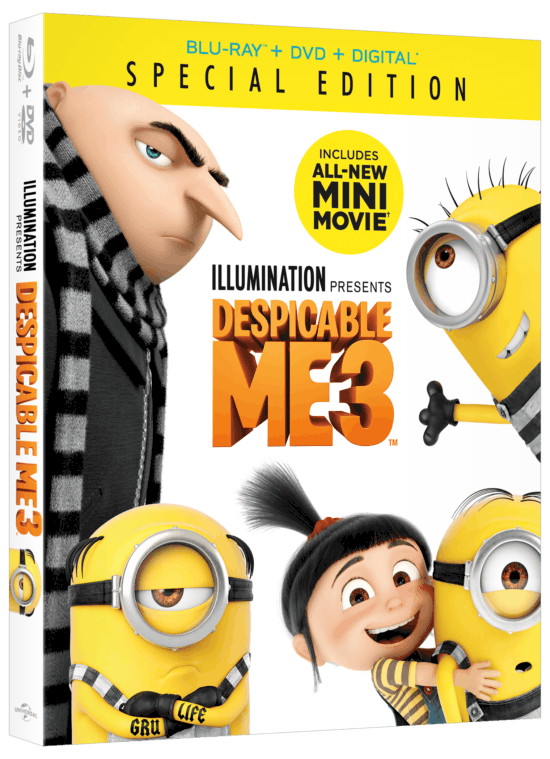 The post is in partnership with Universal Pictures Home Entertainment

Who has started holiday shopping? Anyone?? I haven’t quite pulled the trigger, but there is a big ticket item my 13-year-old son is hoping to get, and he keeps sending me “good deals.” I actually love knowing what I’m going to buy, whether it’s a big item or a little something special that they will love, and I do tend to start buying stocking stuffers and other little items as I see something I know will thrill them.

Despicable Me 3 Special Edition is available on digital November 21 and Blu-Ray and DVD on December 5. You can pre-order now. Fans of the minions and Gru will love it:

Illumination, the studio that brought you Sing, The Secret Life of Pets and the Despicable Me franchise, continues the adventures of Gru and his family in Despicable Me 3. After he is fired from the Anti-Villain League for failing to take down Balthazar Bratt, the latest evil mastermind to threaten humanity, Gru finds himself in the midst of a major identity crisis. But when a mysterious stranger shows up to inform Gru that he has a long-lost twin brother — a brother who desperately wishes to follow in his twin’s despicable footsteps — the former super-villain rediscovers just how good it feels to be bad.

Finally something to celebrate!