This is Dawn here… My oldest child has just started his senior year in high school, and at age 17, he is increasingly aware of political and social issues in his world. While he keeps up to date on current events through social media and online news sites, he is also drawn to Young Adult literature focused on social issues. 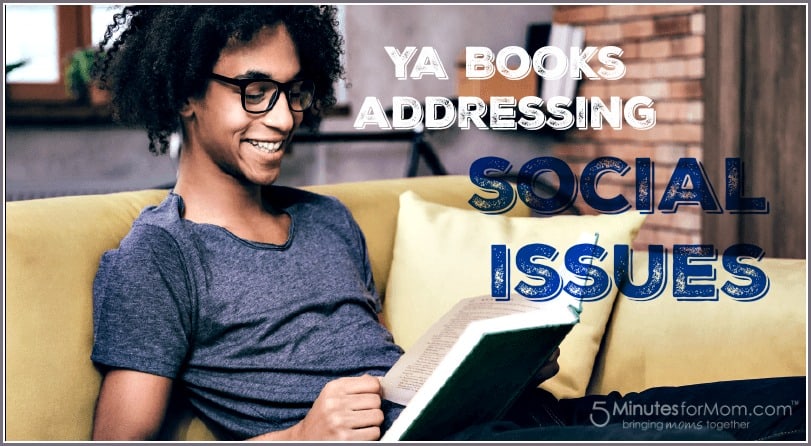 Though I’m far from being a young adult myself, I find value in reading YA nonetheless. If my son finishes a book and instantly hands it to me, as is the case with at least one book on this list, then I know I should read it to try to understand what appealed to him and to allow me to have an informed conversation about the book with him. In recent years, I’ve found YA fiction to be incredibly authentic, giving voice to adolescent characters who are facing serious, real-world problems, and doing so in a manner that is thorough, thoughtful, and respectful.

Here are just a handful of books that my son has enjoyed and recommends, which tackle various themes of identity, violence, race relations, and mental health.

The Hate U Give 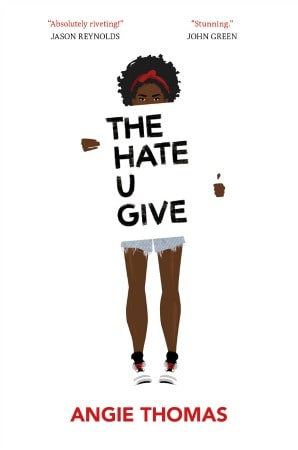 First line: “I shouldn’t have come to this party.”

Angie Thomas’s powerful debut novel The Hate U Give has universally wowed readers, and though it was only released early this year, a film adaptation is already in the works. I purchased this book for my son after reading the description, knowing of his interest in the Black Lives Matter movement and justice for those who have been victimized at the hands of police. After reading it over the course of a day, he literally shoved it into my hands, stating it was imperative that I read it. Thomas has created a realistic protagonist in Starr, an African-American teenager who navigates her daily life between the low-income neighborhood where she lives, which is a breeding ground for gang violence and drug activity, and the private school she attends with mostly rich, white classmates. When Starr witnesses up close the shooting of a life-long friend by a police officer, the concept of justice becomes a very concrete and personal idea. I was as moved by this novel as my son was, and I appreciated the honest feeling of Starr’s character in both her regular life and in the midst of a serious, traumatic experience. 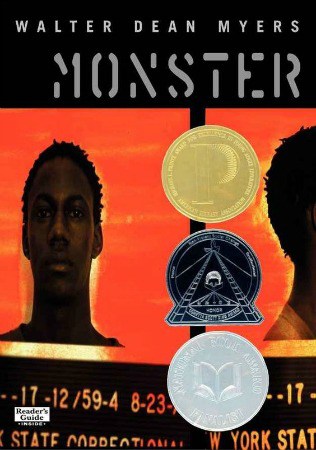 First line: “The best time to cry is at night, when the lights are out and someone is being beaten up and screaming for help.”

Published more than a decade ago, Walter Dean Myers’ Monster was one of the first truly serious pieces of YA fiction my son ever read, and I remember him feeling really affected by it. The number of awards visible on the cover represents only a small fraction of the accolades it has received, and its relevance and impact continue to stand. The main character, Steve, is in juvenile detention and is awaiting trial for his role in a robbery that ended in murder, and he tells the story in the form of a screenplay, interspersed with memories and diary entries. Walter Dean Myers was known for his representation of multidimensional young black characters in contemporary society, and his literary voice rang loud and true. I remember reading an interview with him in which he stated that he worked hard to write the books that he wishes had been available to him as a child. Before he passed away in 2014, Myers wrote more than 100 books for young readers, making this novel just one of many that could be included here.

More Happy Than Not 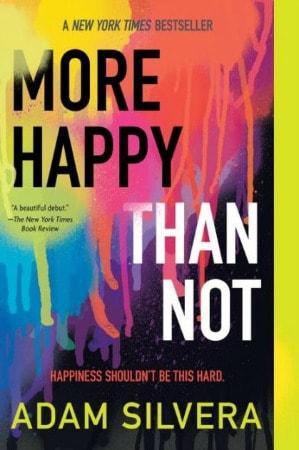 First line: “It turns out the Leteo procedure isn’t bullsh*t.”

Set in a near-future Bronx, More Happy Than Not by Adam Silvera tackles issues of race, sexuality, and class. With a service available to erase “unwanted” memories, can someone actually forget who they truly are? Aaron has grown up poor in the projects in Bronx, and his father’s suicide along with his own attempt have left him troubled. When his path crosses with Thomas’, he finds a friendship, plus something more. As Aaron tries to come to terms with his sexuality, the lure of the memory-erasing procedure is strong, which would allow him to fit in. Aaron’s honesty through his self-reflections is refreshing and real. Another strong recommendation from the teen in my life. 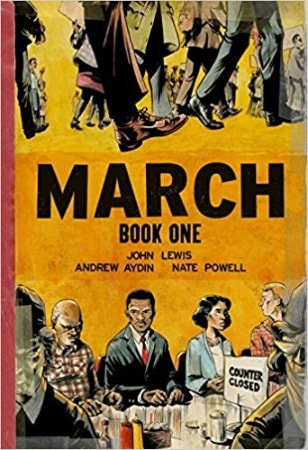 First line: “Can you swim?”

The powerful graphic novel series starting with March: Book One is a collaboration among Congressman John Lewis, co-writer Andrew Ayin, and artist Nate Powell telling the story of the Civil Rights Movement of the 1960s. Today’s social justice movements cannot downplay their roots in this time, and this history holds many lessons for us still today. Through these powerful and moving illustrations, today’s young readers are transported back in time to see what it was like to march across the Edmund Pettus Bridge in the face of armed police ready to push back using whatever means necessary. John Lewis’ voice is a necessary testimony to this and other horrifying parts of the Civil Rights Movement, and with March: Book Two and March: Book Three, his story continues to reach young readers.

Between the World and Me 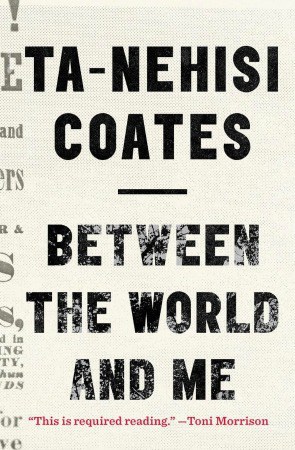 First line: “Son, Last Sunday the host of a popular news show asked me what it meant to lose my body.”

I’m closing with a book that my son hasn’t read yet, but I have read it and will be enthusiastically placing it in my son’s hands. I couldn’t agree more with Toni Morrison, who is quoted on the cover calling this required reading. Ta-Nahesi Coates’ Between the World and Me is an honest and often heartbreaking letter from father to son attempting to answer complex questions about growing up black in America. Like any father, Coates longs for a better world for his son, but as a black man, he knows the challenges his son will face because he has faced them and continues to do so in a society that places a greater burden on black males than others.  Coates has created a beautiful, painful, and emotionally expansive message to his son through his storytelling and sharing of experiences. 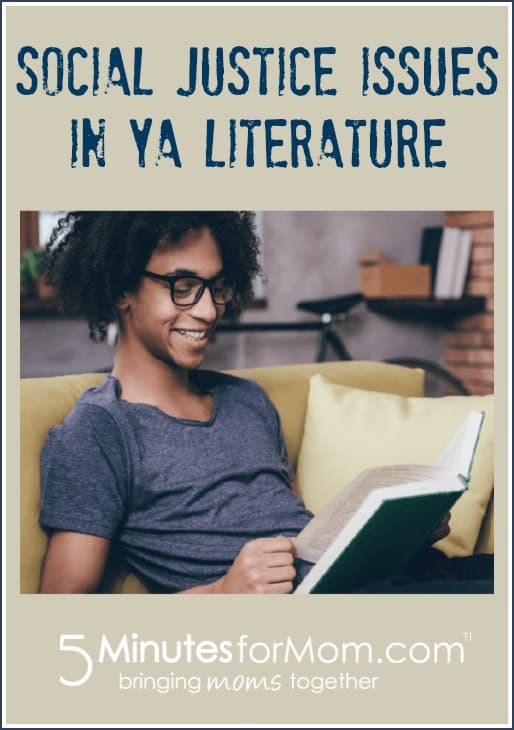