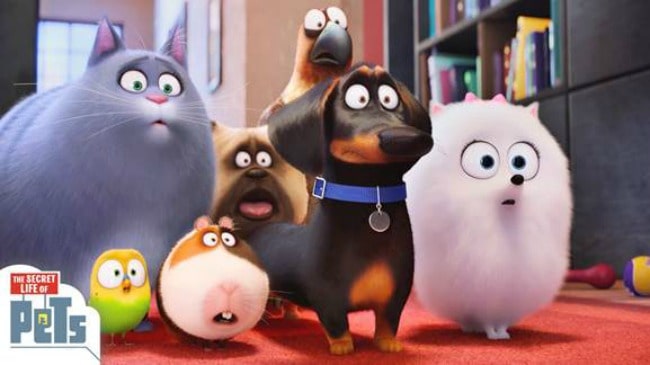 We are happy to be working with Universal Entertainment on a sponsored campaign for The Secret Life of Pets DVD and Blu-Ray release. Own it on Digital HD 11/22 on DVD & Blu-ray 12/6.

I really enjoy watching movies and television shows with my kids.  It’s a fun way for us to connect and share a common interest. We see some movies in the theater and then again at home, or some at home.  More often than not these days, they might see a movie in the theater with their dad or friends, and then I wait for it to come out on DVD so we can have a movie night at home. 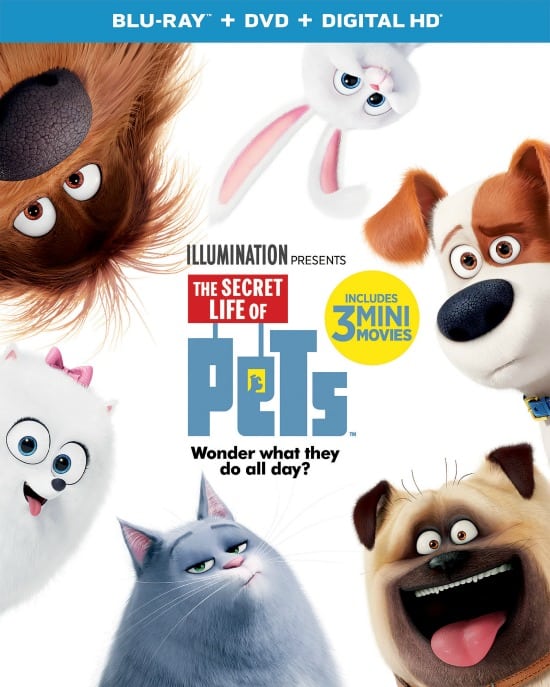 My 12 year old son saw The Secret Life of Pets, but I wasn’t able to see it with him. He liked it a lot, so I know he’ll want to watch it again with me.

This holiday season, the answer to the question “Ever wonder what your pets do when you’re not home?” is answered when The Secret Life of Pets comes to Digital HD November 22, 2016 and 4K Ultra HD™, Blu-ray™ 3D, Blu-ray™, DVD and On Demand December 6, 2016 from Universal Pictures Home Entertainment.

In their fifth fully animated feature-film collaboration, Illumination Entertainment and Universal Pictures present The Secret Life of Pets, a comedy about the lives our pets lead when we leave for work or school. Max, voiced by Louis C.K., is a loyal terrier living a perfectly happy existence until his owner, Katie (Ellie Kemper) brings home Duke (Eric Stonestreet) a big, boisterous mutt she finds at the shelter. When Max and his unruly new “roommate” slip away from their dog-walker, they find themselves lost in the urban jungle of New York City. In an attempt to stay ahead of animal control and a rebel band of abandoned pets led by an unhinged bunny named Snowball (Kevin Hart), they put aside their differences to survive the epic journey back home.

The 4K Ultra HD™, Blu-ray™, DVD and Digital HD versions feature nearly an hour of bonus content, including three hilarious mini-movies: the all-new Norman Television and Weenie PLUS Mower Minions which debuted in theaters and is now available to own.

LOOK AT ALL THE  BLU-RAY™ AND DVD BONUS FEATURES

The film will be available on 4K Ultra HD™ in a combo pack which includes 4K Ultra HD Blu-ray, Blu-ray™and Digital HD with UltraViolet. The 4K Ultra HD™ will include all bonus features on the Blu-ray™ disc.