My daughter is an aspiring artist. She will be applying for colleges next year with the intent to earn a degree in studio art. I have tried to learn more about her chosen profession (and her love) by attending art exhibits with her as well as watching animated movies and hearing her thoughts on them.

Last Christmas we had a date to see Big Eyes, which was not only about art, but women’s rights, which is another subject dear to her heart. 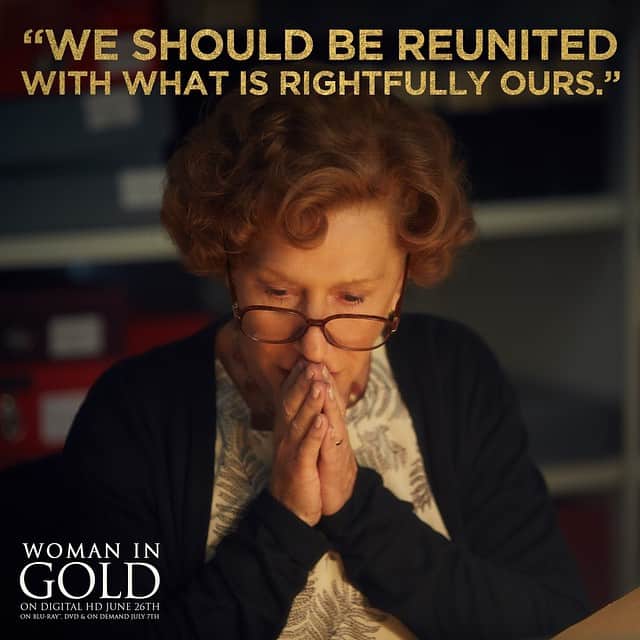 A friend of mine mentioned she saw Woman in Gold when it was out in theaters, and it reminded me that it was one that I wanted to watch with my daughter as well. Unfortunately, we didn’t make it to the theaters, but now that it’s out on Blu-Ray and DVD, we are definitely going to have an in-home movie date.

Not only does it feature the art world, but it’s an inspiring true story about getting justice.

A powerful film based on a true story of one woman’s fight to reclaim her heritage and seek justice for what happened to her family, starring Academy Award winner Helen Mirren and Ryan Reynolds.

WOMAN IN GOLD is the remarkable true story of one woman’s journey to reclaim her heritage and seek justice for what happened to her family. Sixty years after she fled Vienna during World War II, an elderly Jewish woman, Maria Altmann (Helen Mirren), starts her journey to retrieve family possessions seized by the Nazis, among them Gustav Klimt’s famous painting Portrait of Adele Bloch-Bauer I. Together with her inexperienced but plucky young lawyer Randy Schoenberg (Ryan Reynolds), she embarks upon a major battle which takes them all the way to the heart of the Austrian establishment and the U.S. Supreme Court, and forces her to confront difficult truths about the past along the way.

WOMAN IN GOLD is rated PG-13 for some thematic elements and brief strong language with a running time of 109 minutes. Blu-ray™ and DVD special features include “The Making of WOMAN IN GOLD,” “Feature commentary with Director Simon Curtis and Producer David M. Thompson” and “Stealing Klimt Documentary Trailer,” with an additional piece “Neue Galerie New York Press Conference” available on the Blu-ray™ and Digital Download. 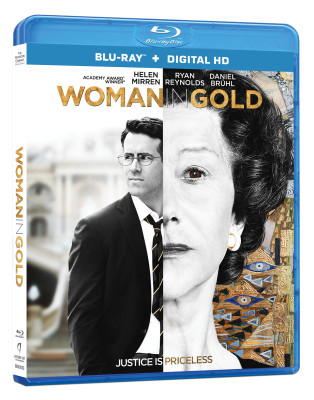 One of you (U.S. only) will win a prize pack worth $85, provided by Anchor Bay Entertainment.