As part of the Strange Magic press event at Skywalker Ranch I had the opportunity to attend a Q&A session with Elijah Kelley.  He voices the high energy elf named Sunny who goes on a mission in the name of love. 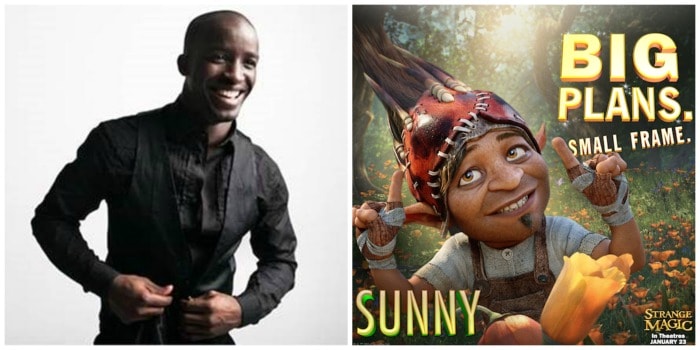 After arriving at Skywalker Sound our group was given a high energy greeting by Elijah Kelley.  He gave everyone in our group a hug and took a selfie with each of us.

After we screened the movie at Skywalker Sound in the Stag Theater we were treated to a live performance by Elijah.

He shared with us that had never done voice-over work before and initially thought it would be easy.  But he was wrong. His character, Sunny, is a very high energy character and when Elijah was done with a voice-over session he was exhausted. He improvised a lot in the role but felt it was necessary to bring the character of Sunny to life. 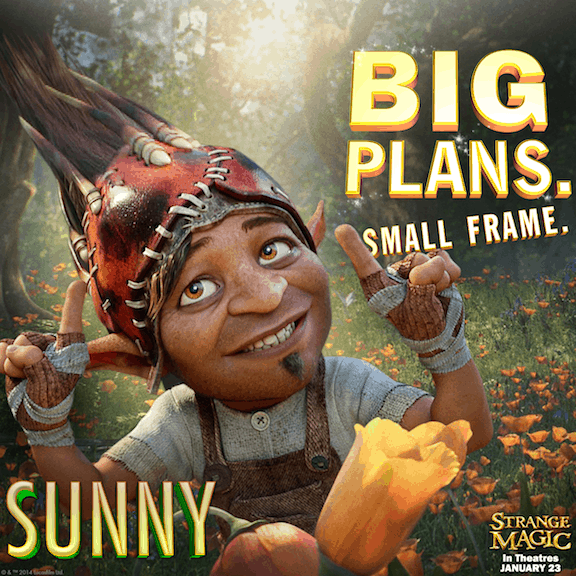 Elijah feels the message in Strange Love is that love is a powerful source of change and it is important to fight for what you love.

Five years ago Elijah heard that Mr. Lucas was working on Strange Magic and he wanted to be involved. He was sent on an audition and went through the normal process until he finally made the cut.

Elijah Kelley feels inspired by George Lucas. He shared that when he is around Mr. Lucas his passion for art is ignited. Elijah is inspired that it only takes one idea or one thought to change your universe. 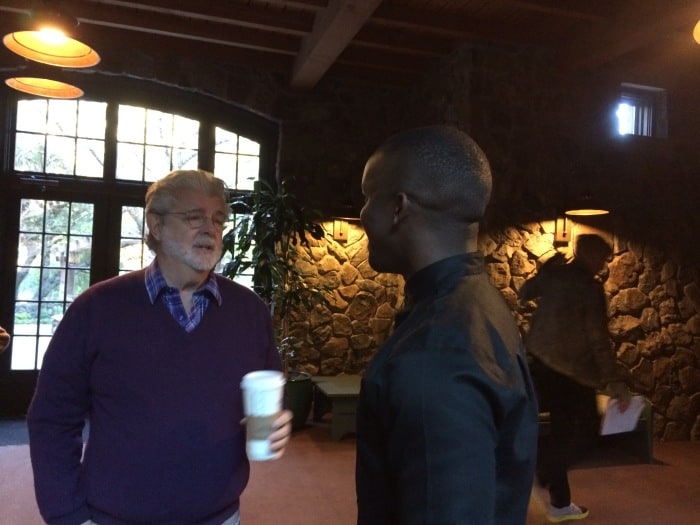 Elijah is a Quadruple Threat

He can act, sing, dance and is an all around good guy.  Elijah’s musical background started in church, his family was involved in ministry and they traveled from church to church to perform.

Elijah loves performing and is currently producing an album and writing songs with Farrow as well as working on his own album. 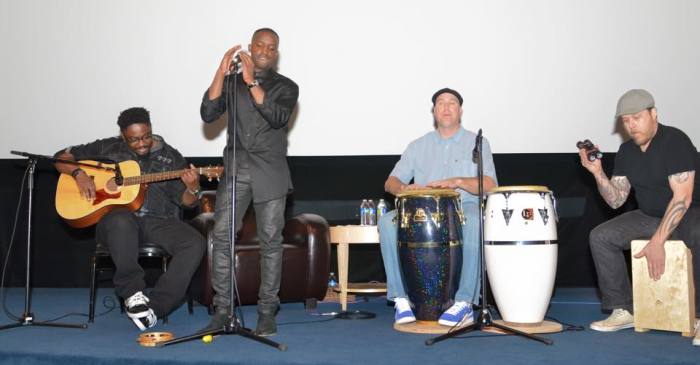 Elijah is from LaGrange, GA and has established the Elijah Kelley foundation.  His philanthropy work has helped fulfill the dreams of underprivileged youth in the field of arts and entertainment

His foundation has awarded four scholarships for students in low income housing to schools such as Savannah Collage of Art and Design and Gordon College in Georgia.  He shared that his foundations is currently trying to break ground on a performing arts school in near his hometown.

When Strange Magic opens on January 23rd Elijah will be inviting K-12th grade students in his hometown for two weekends to see the movie with him.

Strange Magic is a new animated film from Lucasfilm Ltd. and is a madcap fairy tale musical inspired by “A Midsummer Night’s Dream.”

Mommy Bloggers! THANK YOU SO MUCH 4 coming today! LOVE Ya’ll! PLEASE tell EVERYONE about #StrangeMagic AND to Follow me. @oneelijahkelley

ShareTweetPinPocketMail
Have Your Parenting Choices Been Questioned?
5 Things You Need to Know about Strange Magic