The new ABC show “Resurrection” centers around the town of Arcadia, Missouri. The townspeople’s lives are forever changed when their deceased loved ones start to suddenly reappear. The show premiered on March 9th. If you missed the premiere episode you can watch it on ABC online. The next episode titled “Unearth” will air on March 16th 9|8c. 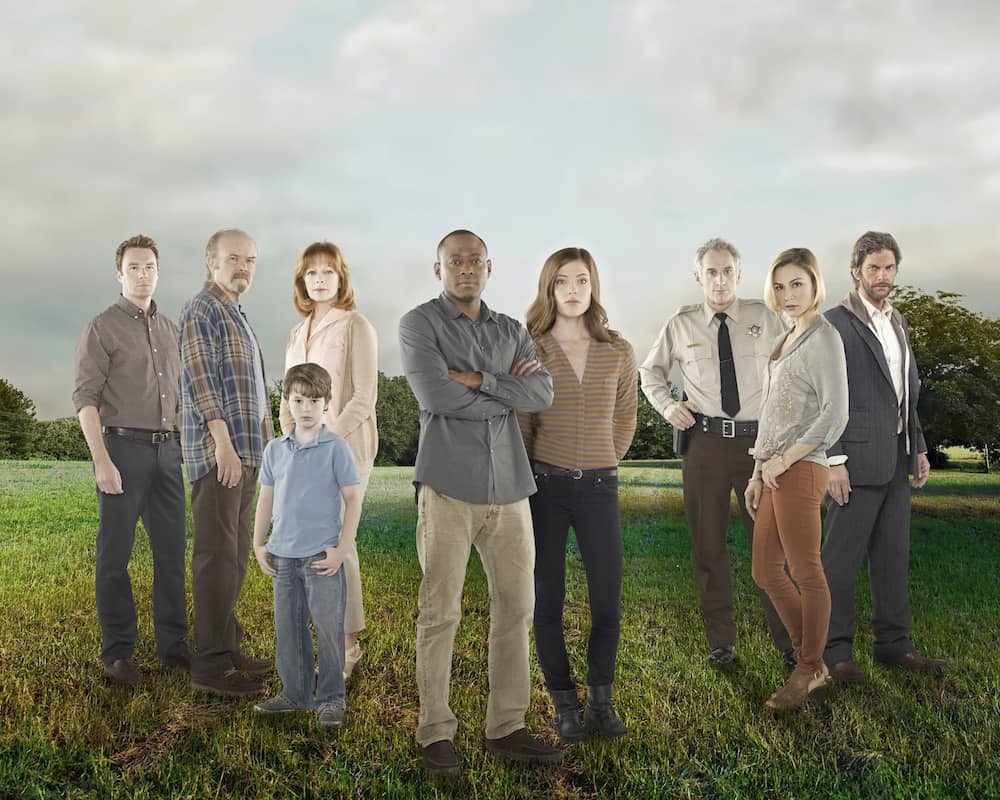 As part of my Los Angeles trip I had the opportunity to sit down with Executive Producers Tara Butters and Michele Fazekas to talk about the show.

The show is based on the book “The Returned” by Jason Mott in which people all over the globe start to return from the dead. However, this TV version will just focus on the town of Arcadia. The show was shot on location in Atlanta, Georgia and didn’t have a lot of standing sets. There are currently eight episodes in this season. The time span of the show will take place over the course of a little over a week, each episode spanning about a day in time.

After watching the show I was intrigued by the musical score because even in a sweet loving scene there is an underlying weirdness tone. The musical score is composed by Blake Neely. When scoring the show he requested to watch the episodes and then score the music as if he was a viewer, he also didn’t want to know the ending of show. Michele Fazekas said this is not the normal way to score a TV show. The Executive Producers normally sit and watch the episode with the composer and tell them where to score it, however Neely’s method worked out great.

This is a clip from the second episodes (airing tonight) where Caleb doesn’t remember dying.

The show isn’t about solving mysteries about how they died, they don’t have a mission or an agenda they just know that they are back. There will be answers given in this show, they won’t keep you in the dark on all of the mysteries. In these eight episodes you will learn more about Agent Bellamy’s backstory as well more about the people who are returning.

The cast is fantastic and lead by Frances Fisher. She has an amazing and special relationship with the actor Landon Gimenez who plays her son Jacob on the show. The cast loved living and filming in Atlanta and were committed to making a quality product.

You can catch “Resurrection” Sundays 9|8c on ABC TV.

This interview was made possible by an all-expense paid trip to Los Angeles, however all views are Dawn Cullo’s.