April 4th cannot get here fast enough. My daughter and I both are chomping at the bit to go to the theaters to watch the amazing Captain America in action a second time around.

Check out the newest poster available. 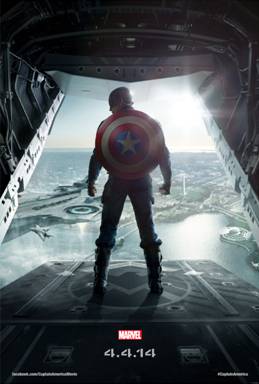 Not only is there a new poster available, but also this new trailer. The trailers are always my favorite because they get me super excited about the movie.

CAPTAIN AMERICA: THE WINTER SOLDIER releases in theaters on April 4, 2014!

Will you be making plans to go see the movie?