Do you have sisters that you love? I have two pretty special sisters who I absolutely adore. They are not really my sisters, but I feel like we’re family! Janice and Susan are two of my favorite twins — they are pretty special. 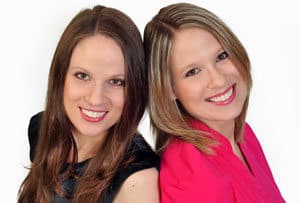 I thought I would give them a shout out here and say thanks for always making me laugh and helping me achieve my dreams of working from home. You girls ROCK! 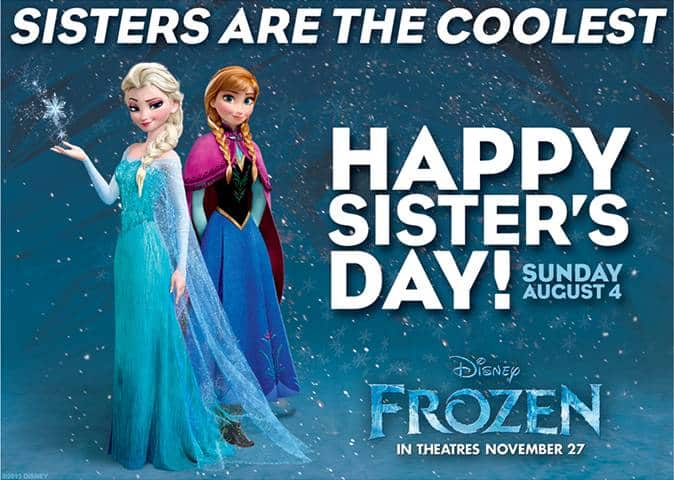 If you have a sister who is special, go grab her, give her a hug, and tell her “Happy Sister’s Day”! If you want to send her an ecard, feel free to grab the image above and share it with her.

Walt Disney Animation Studios, the studio behind “Tangled” and “Wreck-It Ralph,” presents “Frozen,” a stunning big-screen comedy adventure. Fearless optimist Anna (voice of Kristen Bell) sets off on an epic journey—teaming up with rugged mountain man Kristoff (voice of Jonathan Groff) and his loyal reindeer Sven—to find her sister Elsa (voice of Idina Menzel), whose icy powers have trapped the kingdom of Arendelle in eternal winter.

Encountering Everest-like conditions, mystical trolls and a hilarious snowman named Olaf, Anna and Kristoff battle the elements in a race to save the kingdom. The film is directed by Chris Buck (“Tarzan,” “Surf’s Up”) and Jennifer Lee (screenwriter, “Wreck-It Ralph”), and produced by Peter Del Vecho (“Winnie the Pooh,” “The Princess and the Frog”). Featuring music from Tony® winner Robert Lopez (“The Book of Mormon,” “Avenue Q”) and Kristen Anderson-Lopez (“In Transit”).

ShareTweetPinPocketMail
Back to School with Sears Optical #Giveaway #backtoschool
Etched in Sand #Giveaway, a 5-Star Read